Advertisement
The Newspaper for the Future of Miami
Connect with us:
Front Page » Top Stories » New trolley routes draw big numbers in Miami 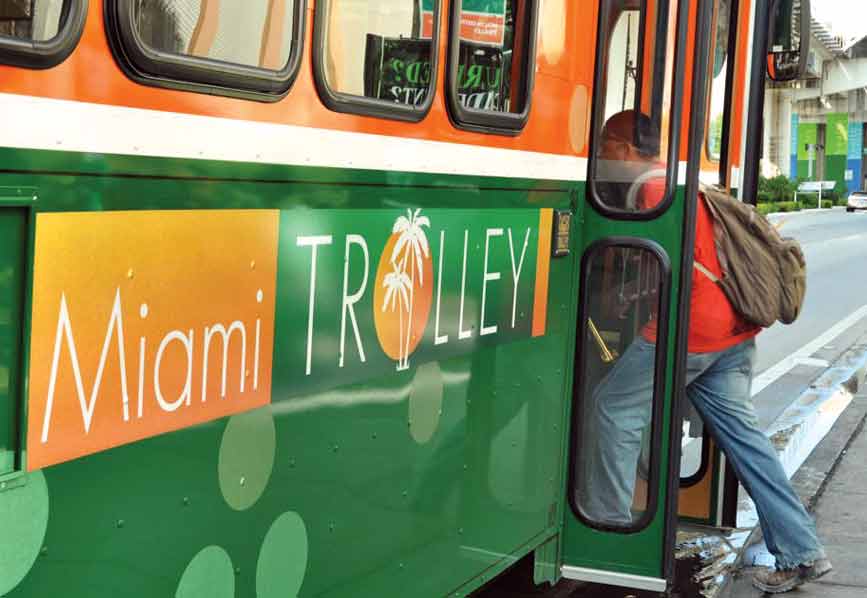 When Miami city commissioners return from the August break Sept. 8, they will again take up the idea of expanding the city’s popular trolley service city-wide.

And they are bound to be buoyed by impressive ridership numbers on the city’s newest routes for its free trolley service.

Collin Worth, a transportation analyst with the city’s Capital Improvements and Transportation Program, provided Miami Today with ridership tallies that show steady growth on the new routes.

The new trolleys added more than 53,000 riders to the city’s monthly overall ridership for March. In February, city trolleys carried 311,056 riders. When the numbers were tallied for March, the new routes coupled with other increases in ridership totaled 407,851.

Of the three new routes, the service through Little Havana is by far the most popular, followed by Coconut Grove and Wynwood, based on monthly ridership counts for March-June.

The only slight drop in ridership was experienced on the Coconut Grove route between May and June; however a new connection with neighboring Coral Gables may grow those numbers going forward.

It was May 2015 when commissioners directed the launch of three new routes within six months. It took more than nine months for the changes to be implemented.

Commissioners began pushing the administration in January, and by mid-February the city manager promised the three additional routes would begin March 1.

The additions to the rubber-tired fleet were about 10 smaller cut-away vans, to be used on a temporary basis until the vendor can manufacture the full-sized trolleys.