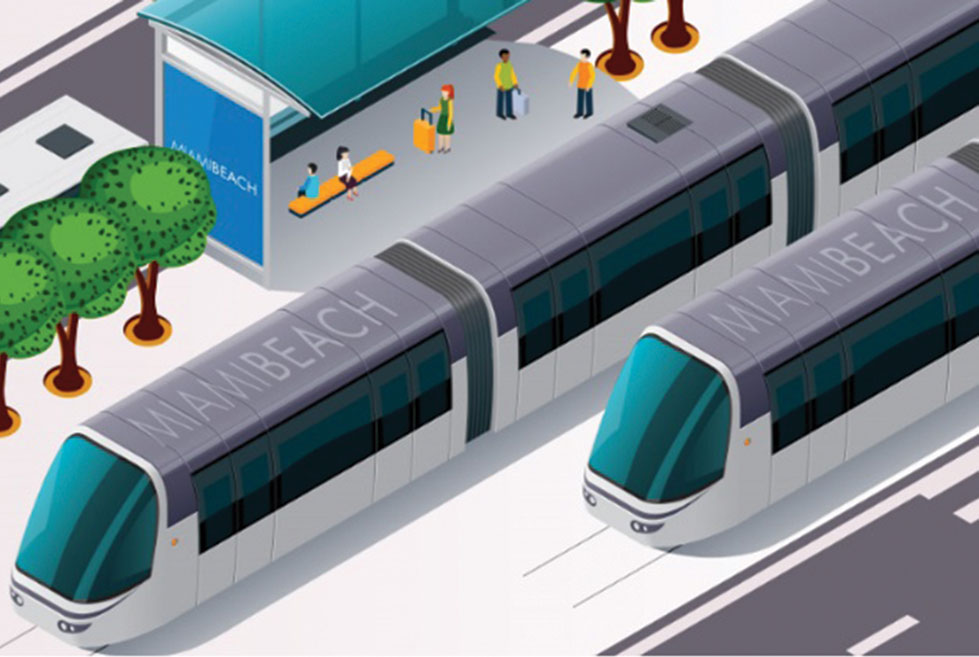 The Beach Corridor project, which aims to connect Miami to Miami Beach with public transit, is quickly moving forward, despite the latter city’s controversial decision to explore a locally funded initiative on its side of Biscayne Bay.

The Miami-Dade Metropolitan Planning Organization (MPO) voted unanimously July 21 to make the Beach Corridor a Priority 1 project, which means it joins the other five corridors of the Strategic Miami Area Rapid Transit plan as a front-burner item.

“Let me say that we have truly reached a major step in moving our transportation plan forward,” said Jean Monestime, chair of both the Miami-Dade Board of County Commissioners and the MPO, when the item was passed.

“All six corridors are part of our development program now and are included into our mass transit plan,” he said.

All of the parties to the Beach Corridor, which included Miami, Miami-Dade County, Miami Beach and the Florida Department of Transportation, have signed a memorandum of agreement that lays out how the project will be executed, said Aileen Boucle, MPO executive director, after the meeting.

Miami-Dade County will take the lead during the environmental and design phase, which is already funded, she said.

“The parties have all agreed to the inter-operability of the system, with intermodal connections,” she said. On the mainland, the connections will probably be at Government Center and in Midtown, while on Miami Beach a likely location will be at Alton Road and Fifth Street. It hasn’t been decided what mode or modes of transportation will be used.

“This is a significant milestone for the MPO, as it’s the last of the six corridors to be amended to Priority 1 status,” Ms. Boucle said. “Until it’s a Priority 1, it hasn’t commenced yet. All of the projects are starting to follow the federal process, so that now we can get our share of federal and state funding.” Work will begin on environmental documents for this corridor by year’s end, she said.

The Strategic Miami Area Rapid Transit plan, also known as SMART, identifies six corridors for improvements. The others are the:

•Northeast Corridor, from downtown to Aventura, largely along the Florida East Coast Railway tracks; and

•South Corridor, from Dadeland to Southwest 344th Street, along US 1.

It proposes various modes of transportation for each corridor, includes express-bus routes for “first and last mile” connectivity, and posits that all six corridors can proceed simultaneously.

Miami-Dade County has said it will apply for federal and state funding for its part of the Beach Corridor, and Ms. Boucle said Miami Beach’s exploration of a local alternative is not a detriment to that process.

But Miami Beach Mayor Philip Levine has derided the federal process as being too slow. A July 16 press release by City Manager Jimmy Morales confirms that the city is in negotiations with Greater Miami Tramlink Partners, an affiliate of the French company Alstom, to initiate light-rail service.

If those negotiations fail, the city will then move on to the other two proposers, Connect Miami Beach and Miami Beach Mobility Partners, the release said.

“From a federal funding perspective, it makes far more practical sense to coordinate with Miami-Dade County and jointly apply,” said Al Maloof, managing partner of GJB Consulting, an affiliate of the Genovese Joblove & Battista law firm. The federal government has special evaluation criteria that take into account a project’s regional impact, he said. “It will all be looked at collectively, and this may signal that Miami Beach has its own agenda.”

“The county should be driving this,” said Mr. Maloof, who is a member of the American Public Transportation Association. “First and foremost, we want to assess inter-operability, and how the system will work in the region it serves.” If a public-private-partnership is the financial model Miami Beach chooses, that should be supported by a public referendum before any city dollars are committed, he added.

Nevertheless, he hailed it as progress, driven in large part by County Mayor Carlos Gimenez “who has been the most effective advocate for improving mobility in the region,” and Alice Bravo, director of the county’s Transportation and Public Works Department, “who has done an extraordinary job.”

“In order to get funding, the federal government significantly prefers everyone to be on the same page,” said Neal Sklar, a partner in the Peckar & Abramson law firm and organizer of last September’s P3 transportation conference, which explored public-private partnerships.

“Miami Beach’s moving forward could result in the federal government not providing funds, though Miami-Dade County can still pursue those funds,” he said. “It’s a long process.”

There are difficult aspects to the project, in that it crosses Biscayne Bay, “but that just takes engineering,” Mr. Sklar said. Mr. Gimenez and Ms. Bravo “are firmly committed to making this connection.”

His preference would be to see the entire project done in the P3 model, which he called “the wave of the future.”

But that would require all of the partners to get together, create a proposal, and shop it to the private sector, Mr. Sklar said. “Let the private sector come in and explain how best to do this,” he said. “P3s are a significant tool in the arsenal of officials who want to get public transportation projects done, and they should be explored.”