Advertisement
The Newspaper for the Future of Miami
Connect with us:
Front Page » Real Estate » High-rises hailed for bringing workforce housing to Miami 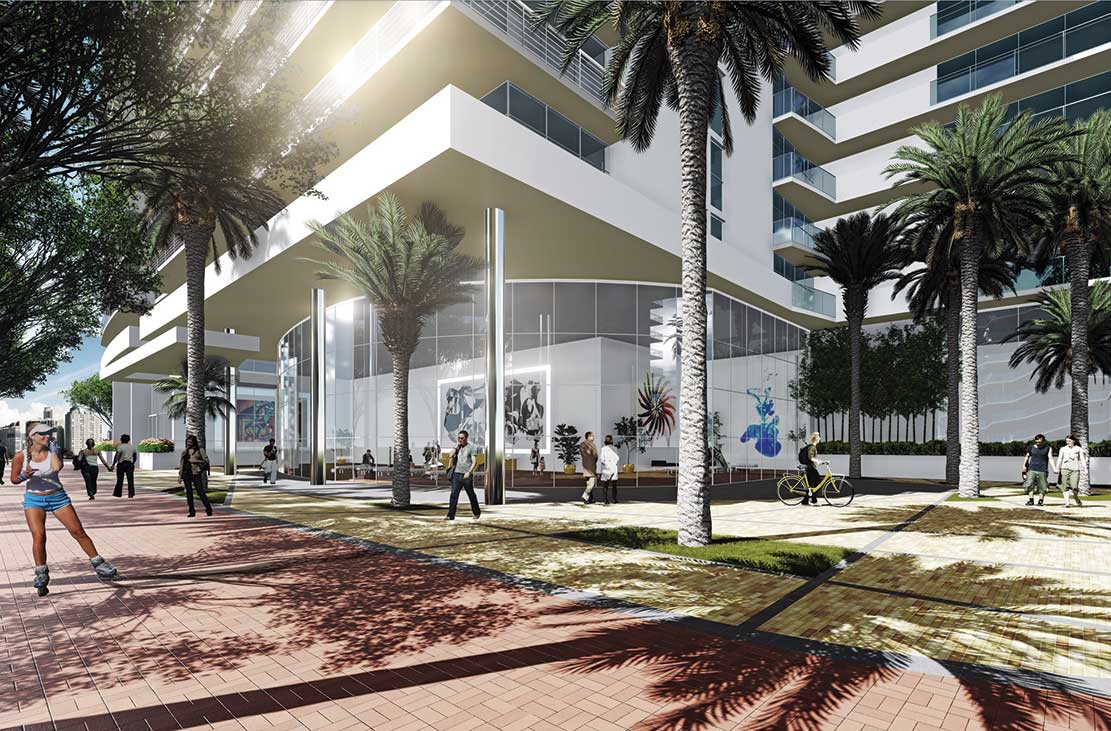 Developers of a pair of high-rises next door to a Metromover station are being praised by city officials for committing to bring much needed workforce housing to Miami.

The rezoning paves the way for Square Station, bringing about 710 apartments to the neighborhood.

The current plan would see twin 34-story towers built to a connected pedestal providing 946 parking spaces, along with about 15,000 square feet of commercial/retail space.

In a covenant with the city, the development firm promises that 96 of the 710 apartments will be reserved for workforce housing, which equates to about 14%, said Iris Escarra, representing 14th Plaza Corp.

The covenant says workforce housing units are described as housing priced up to 140% of the area median income, as certified by the City of Miami’s Department of Community and Economic Development.

The city will defer developmental impact fees on those units reserved for workforce housing.

Commissioners praised and thanked the developers for bringing the project to an area that needs the growth, and for helping to ease the city’s aching need for more affordable housing.

“Thank you,” said Commissioner Ken Russell, to the developers’ representatives, for making their promise of affordability official.

The move sets a good precedent, that it is important to prioritize affordable housing, he said.

Commissioner Francis Suarez said he’s working with the county and League of Cities to make affordable housing a higher priority.

“You beat out the county,” said Ms. Escarra with a smile. The city got a 14% commitment, while the county on a similar project as part of the Douglas Road Station secured a promise of 11% workforce housing, she said.

The goal is to encourage developers to build workforce housing for those persons vital to any community: police officers, firefighters, teachers, nurses and other service workers.

In a city with rising housing costs like Miami, housing that is affordable for these workers is considered imperative as these individuals contribute to the vitality and sustainability of the community.

The proposal was sponsored by Mr. Suarez, who has advanced other incentives to encourage affordable housing and mixed-income housing.

Just a few blocks from the Square Station site, Melo Group opened Melody Tower in May.

The 38-story apartment building was more than 95% leased the day it opened its doors for tenants to move in, illustrating the need for affordable and workforce housing in downtown Miami.

Melody Tower caters to young professionals wanting to live close to their jobs in and around downtown Miami. The new tower is right next door to the Adrienne Arsht Center for the Performing Arts and within walking distance of Museum Park, the waterfront and more.

Square Station is planned just three blocks to the west and also caters to those young professionals.