Advertisement
The Newspaper for the Future of Miami
Connect with us:
Front Page » Government » Doral city manager says ‘We’re a city in transition” 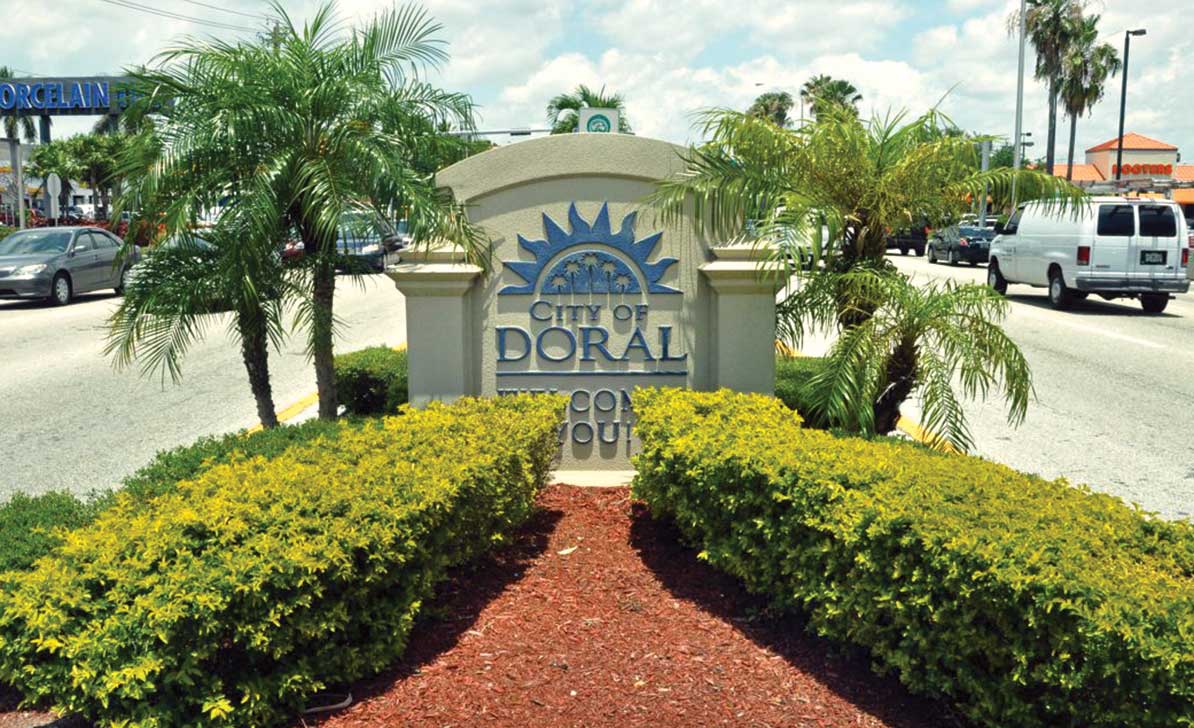 “We’re a city in transition,” says Edward A. Rojas, Doral city manager. “It’s a unique situation in that we were a little sleepy suburban community and now we’re a product of our success. There are some growing pains.”

In the late 1950s, before the Palmetto Expressway was built, investors Doris and Alfred Kaskel purchased 2,400 acres of swampland between Northwest 36th and 74th streets, with the boundaries of Northwest 79th and 117th avenues on the east and west. They intended to build a hotel and golf course, according to the city’s website. They christened it Doral, a combination of both their names, and opened it in 1962 at Northwest 87th Avenue and 36th Street.

As suburban development in Miami pushed west, home builders, office park planners and major employers arrived in Doral, which finally was incorporated as a city in 2003.

Traffic, Mr. Rojas said, “is a very important topic these days,” and not only because several thousand new residential units and at least three large mixed-use complexes are scheduled to go online within the next few years.

“We have created about 21,000 new jobs in the past three years and are one of fastest-growing communities in the state, if not the country,” Mr. Rojas said. Close to 200,000 people come into Doral daily to work, do business or go to school, he said.

“We’re working hard to try to complete our road grid wherever we can, and working with the Florida Turnpike and Miami-Dade Expressway Authority,” both of which have roads that border Doral, Mr. Rojas said. “We’re looking to see how we can provide alternate means of transportation, so that people don’t have to use their cars.”

A free trolley service spans the city and is popular, he said, and Doral is working with the Town of Medley – site of the nearest Metrorail station – to create circulators that would enable both residents and commuters to use Metrorail to get to work. The city is also expanding its bike paths and investigating bike storage facilities that would include showers so that cyclists could still pedal to work or public transportation during hot weather.

“We have asked developers, when they bring their plans, to help make sure the roads are aligned and complete the grid, but it’s not like this is a grid that allows multiple options,” he said. “We can move only so much.”

Like everywhere in South Florida, the lack of affordable housing is a problem in Doral; much of the housing stock being built is in the middle to upper price ranges, observers say.

“If we could have true workforce housing, more affordable housing, we could cater more to the teachers, firefighters, police officers and others,” Mr. Rojas said. “If we can capture those markets, we can reduce the number of commuters coming into and out of our city.”