Advertisement
The Newspaper for the Future of Miami
Connect with us:
Front Page » Profile » Andrew Frey: Seeking to help build world-class urban neighborhoods 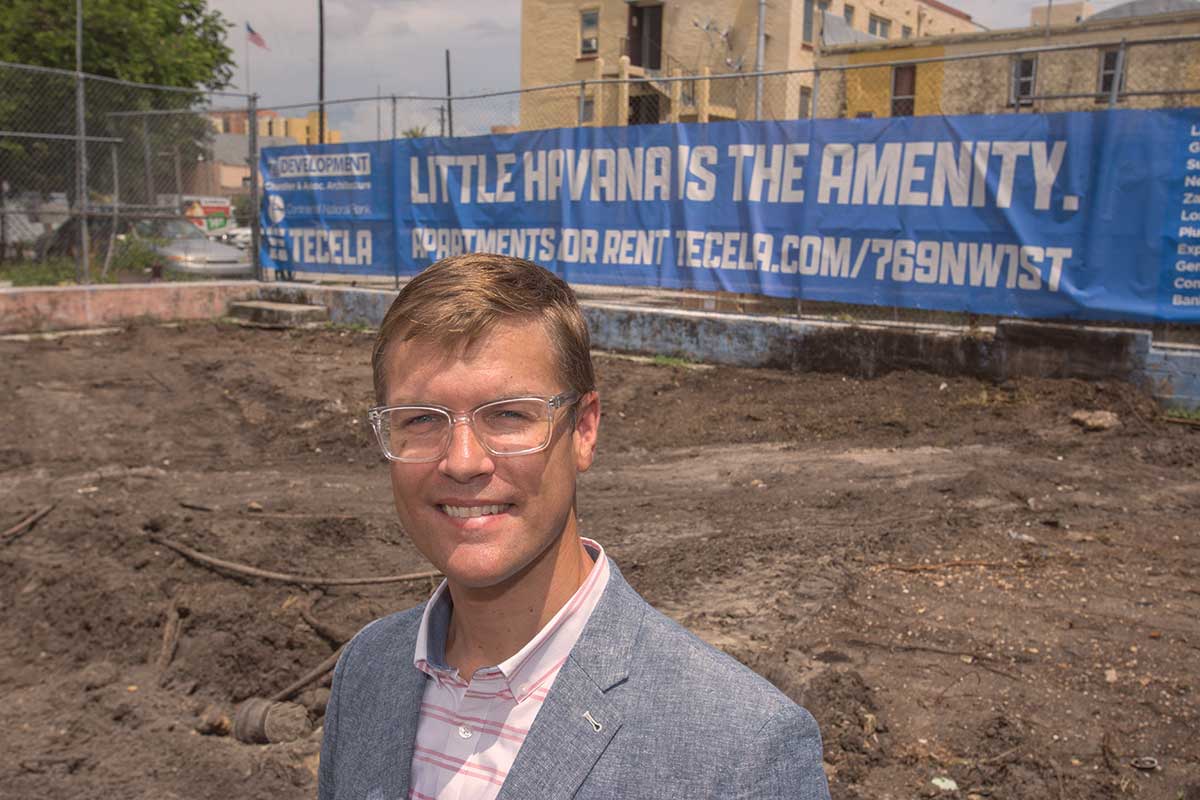 Andrew Frey’s career goal was always to become a real estate developer. He was an urban planner after graduating from college, worked as a zoning lawyer for six years, and then moved into the field on the business end when he joined CC Residential.

A year ago, Mr. Frey started his own company, Tecela, named after the Latin word for tiles in a mosaic working together toward a greater whole. He said he branched out on his own to put his money where his mouth is – to try to build a real estate development company that earns respect not for building big, but for building the components of urban neighborhoods that rival the best in the world.

Mr. Frey said he doesn’t want to guess whether his projects will leave his children and grandchildren with better urban neighborhoods – he wants to know. Some developers claim their projects are truly urban, he said, but one shouldn’t be allowed just to assert that. Mr. Frey said a developer should show evidence, precedent, starting with existing urban neighborhoods around the world where people want to spend the most time, highlighting their most common building types, and showing how a project embodies one of those types.

He has advocated for no parking and spearheaded a grassroots campaign that changed the city’s zoning code when the Miami City Commission last fall approved eliminating a requirement that developers build parking spaces for new buildings with less than 10,000 square feet if they are near streets with high-frequency public transit service.

Mr. Frey is the first to take advantage of the amendment with his current project: an eight-unit apartment building without parking spaces on a 50-foot-wide lot in East Little Havana.