Advertisement
The Newspaper for the Future of Miami
Connect with us:
Front Page » Transportation » Miami-Dade County considers flood of water transit solutions 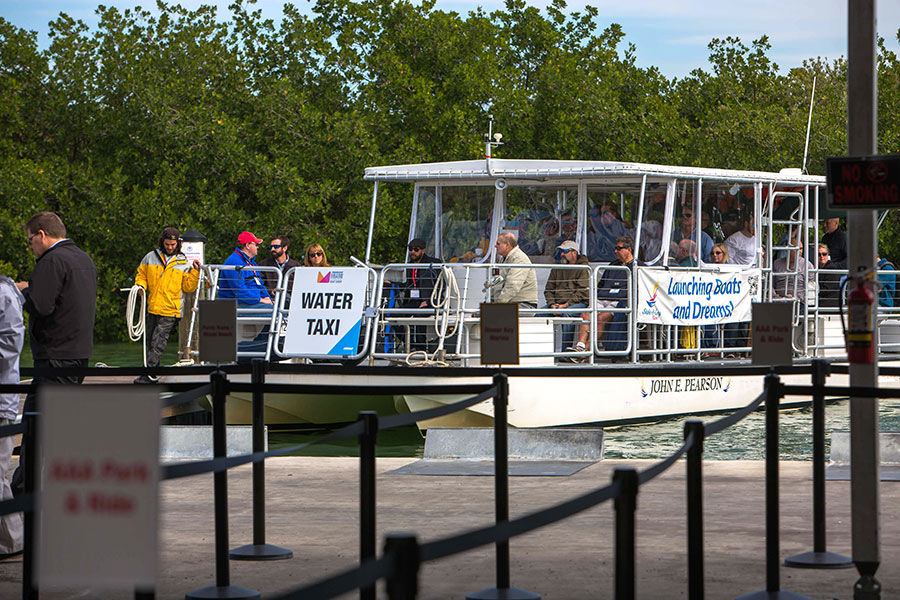 Miami-Dade County is considering a fleet of water transit solutions to lessen the traffic gridlock that is daily Miami.

Miami city commissioners last week got a county preview of its probe of water transportation, from public transit via the water with a fixed schedule to private water taxis.

Even the term “water bus” is being used as the county examines all aspects of water transportation, from the size of vessels to fares to projected ridership.

Commissioner Wifredo “Willy” Gort was happy to hear it. For more than a year he’s been calling for a waterways transportation plan.

Irene Hegedus, the new chief of transportation enhancements at the Miami-Dade County Transit Department, speaking at the invitation of Commissioner Francis Suarez, said the county began by poring through old studies of water transportation ideas, including one from 2003 by the Miami-Dade Metropolitan Planning Organization.

She said the county is looking at both a water bus, with a fixed schedule and route, and water taxis.

“We want to compare apples to apples,” she said. It’s important to determine projected costs of waterborne transit to ensure it’s affordable, she said.

The county, or the county and city, or both with private partners could run the water transit, she said.

“We all have to work together as a team,” said Mr. Gort, who also pushed for connecting the region’s municipal trolley services. “We can connect to the other cities. It would be more efficient for everyone.”

“It is very important,” Ms. Hegedus agreed. “Connectivity is going to be critical.”

More study is needed, she said, with many moving parts to any water transportation plan, from adding docks along the bay and on the Miami River, and getting others involved including the Department of Environmental Resource Management, the state, the US Coast Guard and Fish and Wildlife Service.

The ideal size vessel would carry the most passengers but be low enough to pass under bridges. Forcing more bridge openings would only make roadway congestion worse, she said.

The report encouraged Commissioner Ken Russell, who said the Downtown Development Authority, which he chairs, has created a waterfront task force looking to improve access to the water.

The group is considering ways to allow and encourage private boats to dock along the riverwalk. “There could be some synergy here,” he said.

Ms. Hegedus said the county is looking at north-south routes and east-west routes for its plan for water taxis and water buses.

One express route from Aventura to downtown Miami might shave 15 minutes off a commuter’s travel, she said.

Ms. Hegedus and city officials said they’re encouraged about water transportation by the successful use of a fleet of water taxis during the 2016 Miami International Boat Show.

Water taxis ferried more than 53,000 people to the boat show’s new venue on Virginia Key, representing more than half of the 100,000-plus who attended, according to show organizers.