Advertisement
The Newspaper for the Future of Miami
Connect with us:
Front Page » Profile » Ken Russell: Aims to put new players, viewpoints onto city boards 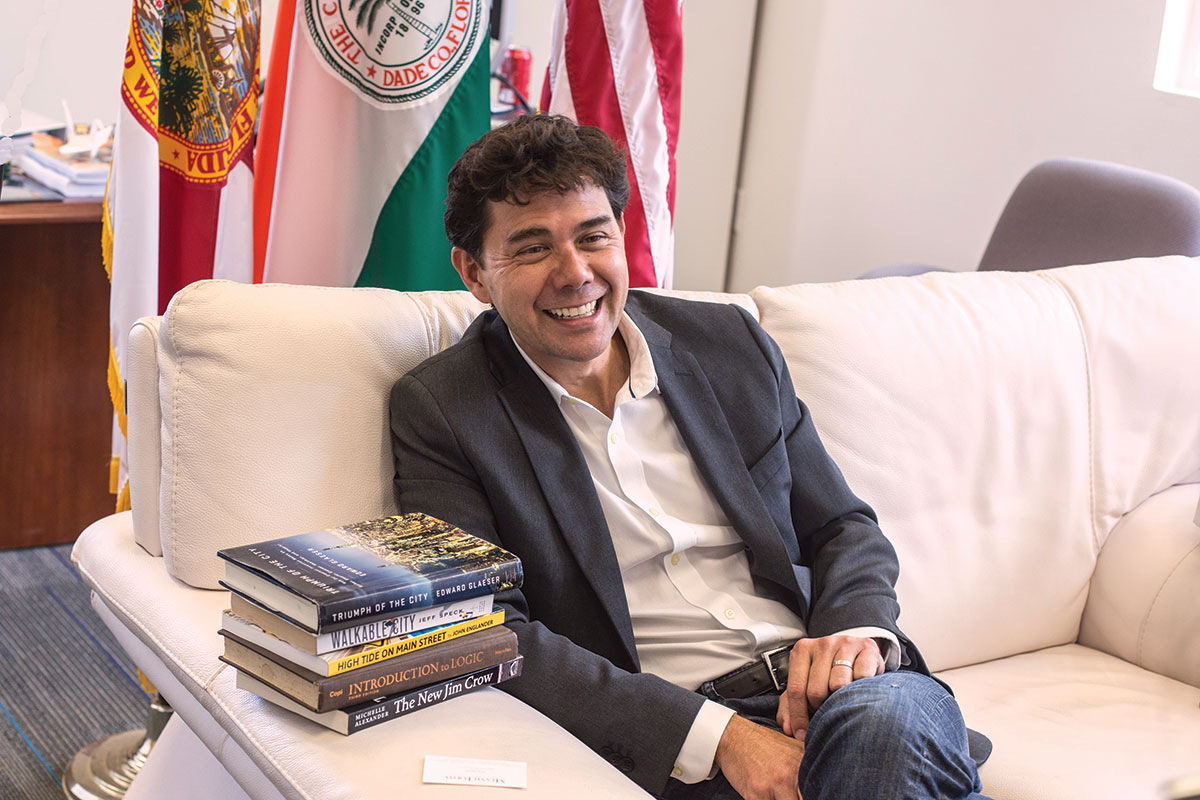 For about six months Ken Russell has been sitting on the dais of the Miami City Commission. Last fall he referred to himself as a “yo-yo-playing surfboard salesman who was somehow able to become your commissioner” when he won the District 2 seat. He still says it was an achievement in itself that someone with no experience in politics could win a significant elected office in such an important city.

Essentially, the job is what he expected although more intense and remarkably time-consuming. Every day is a learning experience, he said, particularly for someone new for whom the learning curve has been about everything from planning and zoning to legislation.

However, Mr. Russell said, the people skills he brings to the position come naturally: listening, empathizing with anyone from a fellow commissioner to a constituent or lobbyist and finding solutions to their issues.

Before becoming a commissioner, Mr. Russell said, he was a typical resident: business owner and family guy who got involved in his community but wasn’t politically engaged on a local level until an issue directly touched him.

Now, he said, he’s moved completely in a new direction. Mr. Russell said he never thought he’d enjoy politics or be effective at governing, but it turns out he’s enjoying the job immensely and sees potential to make changes.

He said he isn’t thinking about higher office right now. Rather, he said, he likes what he’s able to accomplish at the municipal level.