Advertisement
The Newspaper for the Future of Miami
Connect with us:
Front Page » Communities » Venture Hive accelerator lures tech firms from 40 nations 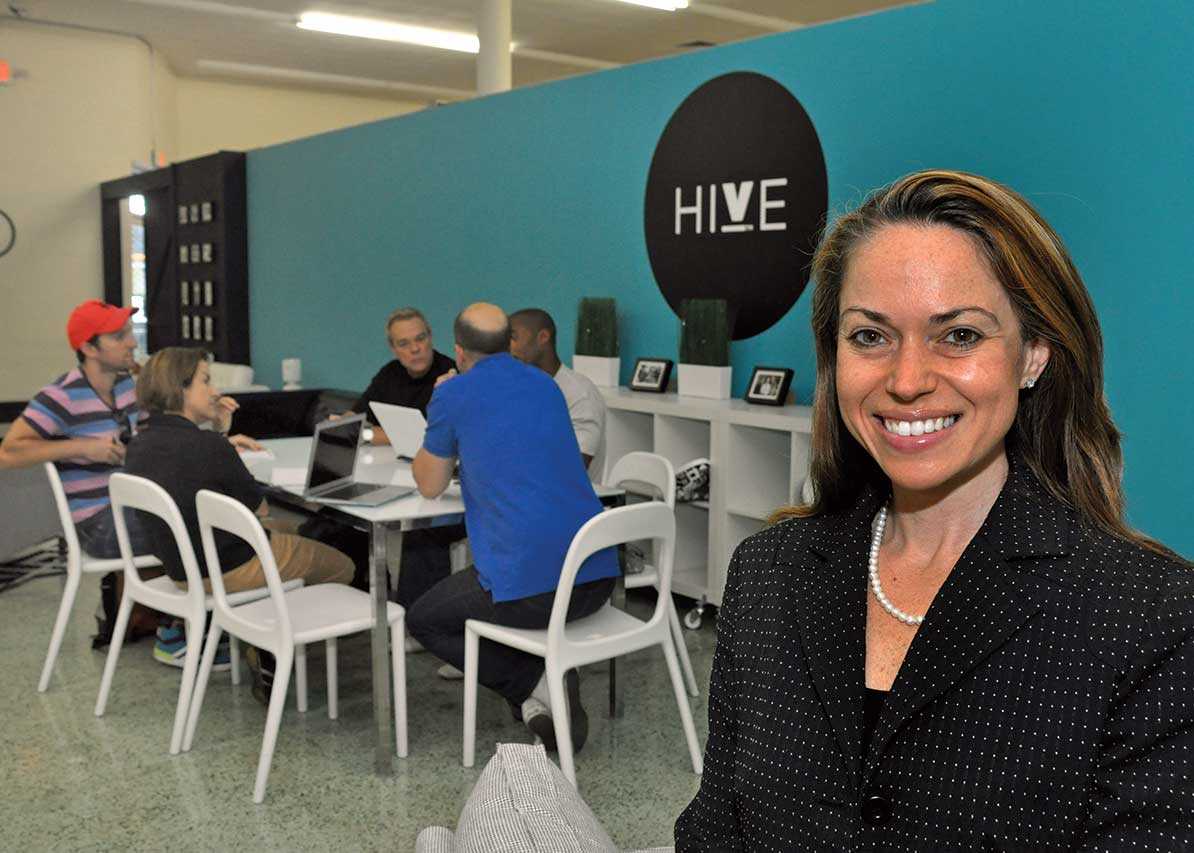 Venture Hive’s program supporting high-growth technology businesses has seen many companies thrive in Miami and boost the technology industry. Its accelerator has helped companies develop niche ideas and business strategies, with businesses from more than 40 nations applying to the program, where only 2% are accepted.

Founded in 2013 by CEO Susan Amat, the accelerator has helped Miami strengthen the technology industry while also having a job creation impact of $7.3 million, according to a statement it furnished, that represents a 15-to-1 return on Miami Downtown Development Authority investment.

“Venture Hive was created because there wasn’t any structured program supporting high-growth technology businesses and Miami wasn’t yet on the map as a place that international entrepreneurs could have a successful US market entry,” Ms. Amat told Miami Today.

The program helps see companies succeed. Through a partnership with the Downtown Development Authority, companies in the accelerated program receive a grant of $25,000 over the 12-week program that they could receive in increments by completing a tailored, unique milestone set by Venture Hive to help them reach their goals.

“We are unique in our approach in that we don’t take equity from the companies, so the support from Miami’s Downtown Development Authority and Mayor [Carlos] Gimenez allowed us to be completely conflict-of-interest-free to focus on building them – as people and as teams so they could build their companies,” Ms. Amat said.

“We offered a world-class accelerator to provide them with a different skill set than anyone else was doing… we know how critical what we teach is in helping entrepreneurs reach the next
level.” Venture Hive has done programs all over the world for organizations like Microsoft, the US State Department and the World Bank. Companies supported range from the idea stage to over $20 million in revenue depending on the program, allowing them to succeed with local Miami and foreign businesses.

With technology evolving in the world, the need for companies to specialize in the sector has increased with general businesses in the hub of Miami requiring a need for technology to cater to an evolving market dependent on internet and smart phones. Venture Hive’s program has helped companies reach that goal.

Many praised the Venture Hive mentorship and educational content that helped expand their businesses.

Antonio Otalvaro, CEO of RawShorts, a cloud-based video builder that supports thousands of small businesses around the world to make their own explainer videos, was among the first cohort of Venture Hive’s program. He praised Venture Hive for “believing” in his idea of helping businesses create their own videos, which were still in a very early stage.

“We were an example of a company that went into Venture Hive with an idea, but we had a solid team in place and history of launching successful products in the digital space and they took a chance on us,” Mr. Otalvaro said. “Venture Hive chose us and we chose them. There were a lot of accelerators that you can apply to. Venture Hive for us was a great fit – the resources, mentorship and quality of the company.”

In Mr. Otalvaro’s prior experience working in a video production company, he saw businesses wanting to create professional videos. He also noticed that technology is on the rise and wanted to integrate that with his video production expertise to meet a demand from these businesses at a monthly subscription rate of $49.

“I saw the rise and demand for these types of videos,” he said, “and production companies, such as myself, needed to scale to meet that demand. This platform was the answer to that. When I ran my video production company, I could only serve one company at a time, but with RawShorts, now we serve 1,000 customers on a daily basis.”

Mr. Otalvaro was one of the 10 companies in the first cohort of Venture Hive’s accelerated program. Through the tailored program designed to help his company grow, the grant money helped develop, test and validate its prototype. The skills it learned, specifically pitching and presentation, has helped RawShorts reach investors.

“Learning how to present, learning how to pitch and convey your message to communicate the value proposition” is vital, he said. “There is a lot of businesses that start every year, but the level of insight of accelerator that Venture Hive brings to founders who are interested in scaling business is not something every business owner is exposed to,” he said. “So the program for Venture Hive was about how to build a business that scales, how we take a product we have and find ways to better understand our market and communicate the value to the market… and present it to a potential investor.”

In the same batch as Mr. Otalvaro was Juan Bermudez, chief technology officer and co-founder of NightPro, a platform on mobile devices and the internet designed to help night clubs such as Space, Icon, Liv and clubs in Asia with their business and hospitality operations. The idea came from seeing inefficiencies in the night club industry.

“Nightlife has always been a big part of Miami and [clubs] are very professional in what they do,” Mr. Bermudez said. “The reality is the staff and operators are in a cutthroat business. With technology and design, we can help them optimize how they work, and that is what we pinpointed on, to translate them into tools that make their lives easier.”

“It was intense, kind of like being back in college because they have a lot of mentors coming in and a lot of people flying in across the nation to give us sessions on different subjects from engineering to marketing to optimization and pitching,” Mr. Bermudez said.

Like Mr. Otalvaro, Mr. Bermudez found the pitching techniques he learned to be of great value.

“Pitching to investors was something they worked on a lot, and we felt a big difference from what our pitch looked like before to when we came out,” he said. “We definitely grew, followed advice, strategic partnerships and found better ways to monetize our clients. That really helped us to keep growing, which helped us get an acquisition.”

Ms. Amat told Miami Today in the past that Venture Hive was also designed to help Latin American businesses find a foothold in Miami, further boosting the city’s economy.

One example was Lucas Funes from Argentina, the CEO of Webee, considered one of the top IOT (internet of things) companies in the world that makes hardware and software to connect hundreds of devices to a single app and control system.

“Venture Hive helped us grow personally as an entrepreneur to improve my pitching and communication skills, how to present, those personal skills that we learn,” he said. “From a business perspective, they helped us network, reorganize our content and manage our business.”

He saw Miami as a convenient way to enter the US market and sees the rise of technology that helped his product have a need.

“There is a bunch of advanced technology, and that gives us the opportunity to implement the solutions,” Mr. Funes said. “We saw a greater US market than the entire Latin America, especially with the technology. In a few years, all houses in the US will have everything, lights, devices, all connected to one device.”

The rise and dependency on technology increases every year and for Venture Hive, helping tech firms reach their potential to capitalize on the growing market helps fulfill that need. Mr. Ontalvaro sees his company as proof of Venture Hive’s success.

“We are a company in Miami that is in the process of hiring people who are in the tech space,” he said. “And that was one of the original purpose of Venture Hive, to attract high tech companies to develop in South Florida. So that the entity can attract and create jobs. Our company is an excellent example of that vision manifesting itself.”