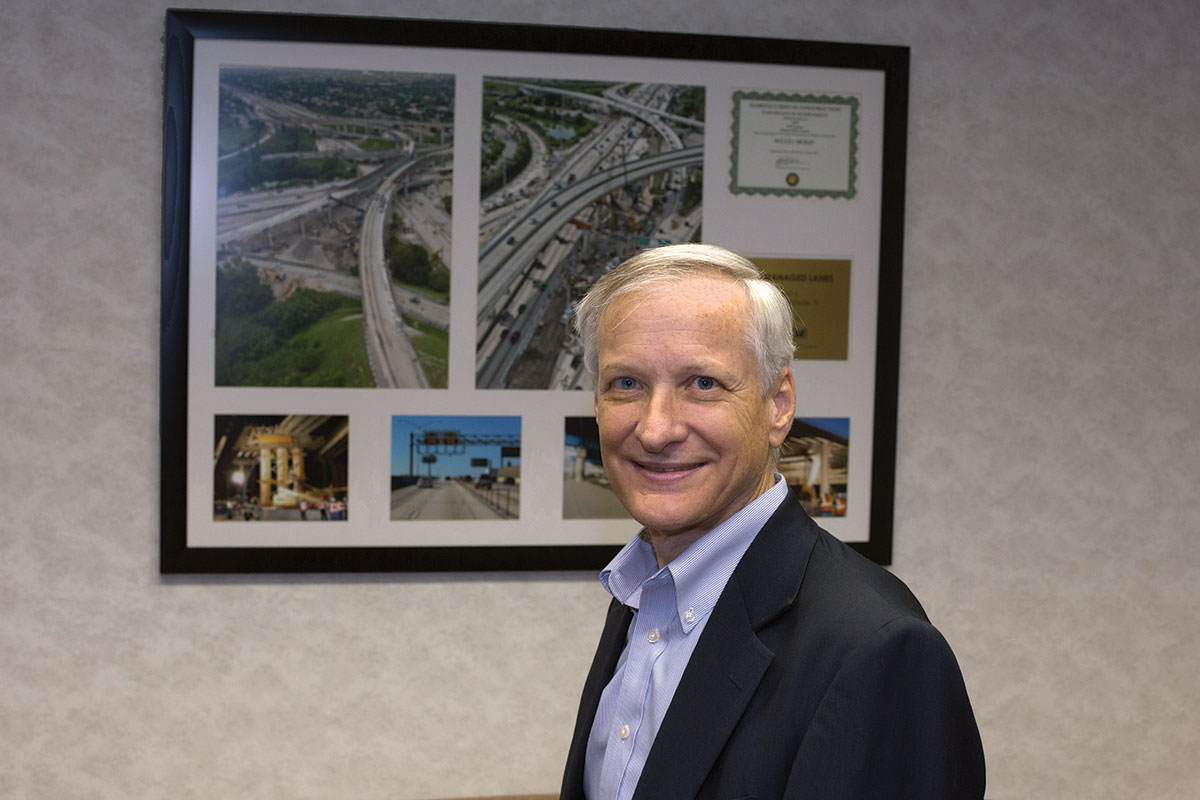 James Wolfe retired from the Florida Department of Transportation (FDOT) in 2015 after a 37-year career in District Four as an engineer, director of development, director of operations and ultimately secretary. While secretary, he oversaw many accomplishments including the I-595 reversible express lanes project, which was the first availability payment P3 highway project in the nation, the creation of an express lanes network on I-95, I-75 and I-595, and the expansion of I-95 in the Treasure Coast area.

Mr. Wolfe then went to work for RS&H, an employee-owned architecture, engineering and consulting firm established in 1941, where he was vice president, national P3 market sector leader.

On May 23, a little over a year later, he returned to FDOT as District Six Secretary when Gus Pego, who previously held the position, retired from the department, also after a 37-year career.

His goal is to provide mobility for people in Miami-Dade and Monroe counties, doing that efficiently and well by working with FDOT’s partners.

For example, Mr. Wolfe said, FDOT will work with its partners to ensure the six corridors of the Strategic Miami Area Rapid Transit (SMART) Plan, after years of being discussed, will actually develop. The plan has many technical aspects that need to be overcome, he said, including whether it makes sense, if the numbers work, if that’s going to lead to financing the project and in turn lead to developing public support.

One key factor to all of that is going to be ridership, Mr. Wolfe said. Will people want to use a transit mode in sufficient numbers to make it worthwhile to do the project? That, he said, is an essential part of the development process in making each of these six transit corridors a reality.