Advertisement
The Newspaper for the Future of Miami
Connect with us:
Front Page » Communities » Marinas on city-owned land on Virginia Key contentious 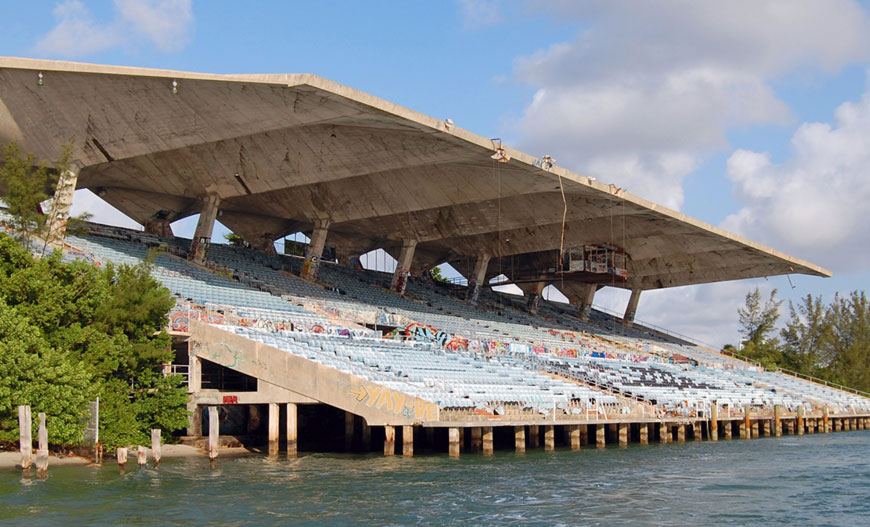 When Miami city commissioners gather for a special meeting next week on the fate of marinas on city-owned land on Virginia Key they will have before them the 2010 Virginia Key Master Plan.

They will also have a unanimously approved recommendation from the brand new Virginia Key Advisory Board to remove the proposed 300 wet slips in the main basin from a plan submitted to redevelop the city marinas.

A city attorney has advised that it’s too late in the process to alter the so-called Request For Proposals process.

Commissioners are being asked to approve the decision of the Department of Real Estate and Asset Management director to deny the protests by New Rickenbacker Marina LLC (also known as Tifon) and Virginia Key SMI LLC (also known as Suntex).

The special meeting beginning at 2 p.m. June 22 at City Hall promises to be contentious.

•A resolution accepting and approving or rejecting and denying the Department of Real Estate and Asset Management director’s decision to deny the protests by Tifon and Suntex.

•A discussion item regarding Request For Proposals No. 12-14-077, for the lease and development of city-owned waterfront property for marinas/ restaurant/ ship’s store uses on Virginia Key, “to either accept the manager’s recommendation, reject the manager’s recommendation, reject all proposals, reject all proposals and instruct the city manager to issue a new Request For Proposals, or seek the recommendation of the selection committee, with city commission action following the discussion.”

The bid protests were first to be heard May 26 but after debating the legal process with no consensus, commissioners deferred the protests to June 9.

At the June 9 meeting, after another round of arguing about which should go first – the cart or the horse – commissioners chose to schedule the special meeting and take care of everything at one time.

Plenty of folks want the commissioners to reject all three proposals and start from scratch.

Even after deferring the marina protests, commissioners allowed public comment regarding Virginia Key on June 9.

“Why was the Virginia Key Master Plan even started?” asked Joyce Landry, holding up a copy of the plan and reading from it.

She spoke of the years devoted to the master plan, which city commissioners adopted in 2010, only after meetings and public forums all over the city, “standing room only, with a lot of passion on this subject.”

She said the plan focuses on public access to the waterfront, nature conservation, sustainable principles and a low carbon footprint.

“So along with that we historically designated the entire basin,” Ms. Landry said. “We’re here today to say that this bid process that was put together is not only a violation of, but requires an amendment to, the Virginia Key Master Plan, but it also requires an amendment of historic designation.”

Vinson Richter, a member of the newly-established advisory board, argued in favor of throwing out the Request For Proposals, saying in part that putting a marina in the larger basin “is just a plain lousy idea.”