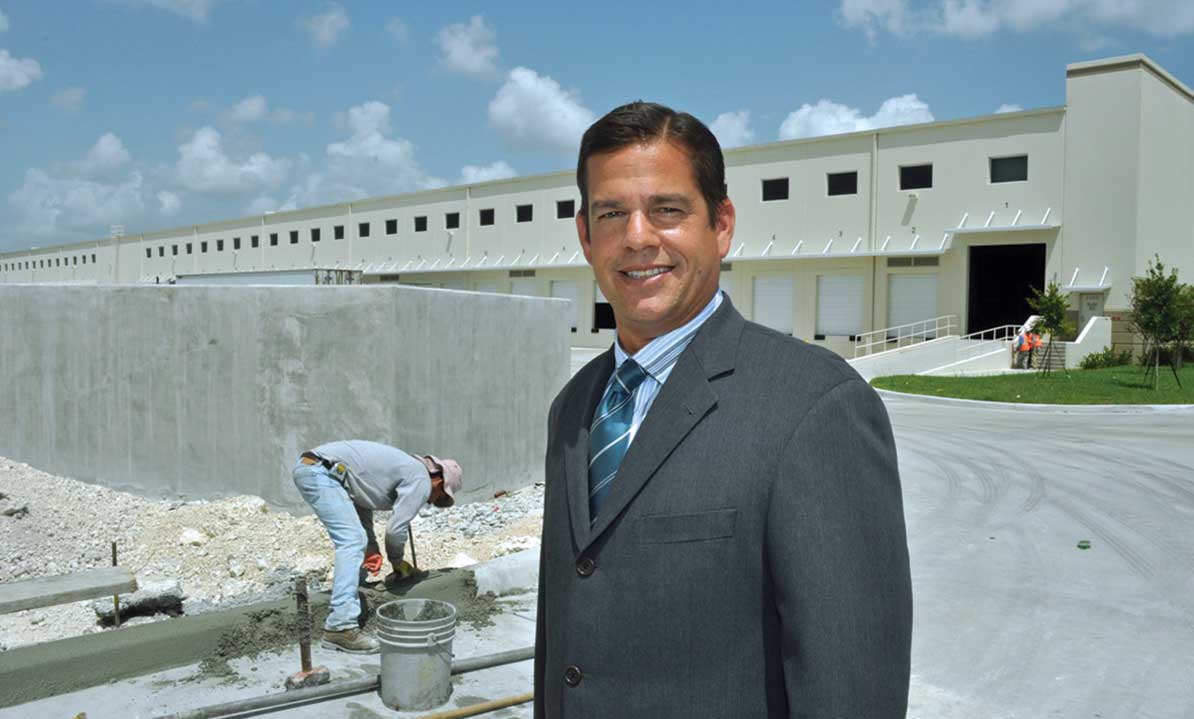 The South Florida industrial market is seeing occupancy rates at their highest level in nine years, while asking rents increased for the 20th consecutive quarter, according to the newest data, but the market should be facing a natural and minor slowdown in coming years, experts agree.

In the first quarter of 2016, more than 500,000 square feet of new industrial inventory was delivered, vacancy was at 4.9% and occupancy was at 95.1%, a nine-year high, according to Newmark Grubb Knight Frank’s South Florida Industrial Market Report.

The Medley area is at 3% vacancy, while airport areas are at 4.5%, their lowest numbers in “nearly 10 years,” Mr. Pino said.

E-commerce has been one of the leading industries that has absorbed quite a bit of space and will continue driving absorption, he said.

Amazon leased 175,000 square feet in Miami’s Airport East in first quarter 2016, according to the market report.

The telecommunication industry took the lead for the bulk of mid- to large-size lease deals in South Florida during first quarter 2016, accounting for 601,000 square feet, according to the same report.

The current condition of the industrial market, Mr. Pino said, has led developers to feel the pressure to produce and build new state-of-the-art modern warehouses in the airport area, Medley and also Hialeah Gardens.

“In 25 years, Hialeah Gardens was never on the radar for development of new warehouses. Due to lack of land and demand for new modern, efficient buildings, numerous developers are now developing in the Hialeah Gardens area,” he said.

South Florida is anticipating a dramatic boost in international trade with the $5.25 billion expansion of the Panama Canal, expected to be operational by the end of the month.

There seems to be consensus among industry experts that it will bolster the industrial market, but no one can be sure to what extent.

“I think it’s [going to be] positive. I don’t think we’re going to see a huge impact in Miami-Dade County – a lot of that cargo is going to other ports,” Mr. Zylberglait said. “It’s probably not [going to be] a game-changer, [but] it’s all good and positive.”

While he doesn’t expect the Panama Canal expansion to be a game-changer for the market either, Mr. Pino is quick to note that he believes it will definitely help.

“I do feel it will have a positive impact on demand, but to what extent remains to be seen.”

In January, Miami Today reported that about 7% of the product that will be coming through the Panama Canal will go to warehouses, with the rest distributed via rail.

“For a lot of companies now, efficiency is the name of the game – they’re looking for the efficiency that new Class A buildings provide,” Mr. Pino said. “However, if supply of Class A diminishes… but demand is still there, that’s a great thing for Class B buildings… because companies will have to make do with what is in inventory if there is not enough supply to meet demand.”

Even now, he said, a very strong demand remains for Class B product. “Even with new product on the market, Class B continues to perform well.”

“I think investing in smaller Class B and C industrial buildings in Miami-Dade County is still a safe bet given our market position, given our continued growth and the fact that we have limited supply,” Mr. Zylberglait said.

“I think we’ll see some redevelopment of some of the older product in some areas,” he said, adding that he sees this happening already in “attractive” areas like Wynwood and the Design District, where investors are buying old houses.

But the industrial real estate market in Miami faces a challenging problem – dwindling available land upon which to build.

“The reality is that South Florida is surrounded by water and the Everglades. It’s not Atlanta, where land sprawls forever,” Mr. Pino said. “It’s a realistic possibility that one day we will run out of land.”

A solution could come in the purchase and demolition of Class C and D warehouses to build newer product. This is unlikely en masse soon, Mr. Pino said, because real estate is so expensive and valuations will be high.

“As time goes on and real estate down-cycles, developers will start to look at those possibilities,” he said. “There’s going to be a time where there is no land to build on.”

“The older warehouses – at some point in time – it will become feasible for you to be able to buy that property, demolish it and put a new warehouse there that will go up and provide all the necessary amenities for the company,” said Elias Porras, senior vice president of Colliers International South Florida.

As weak international economies struggle to stabilize, the industrial market has felt a minor pullback from foreign investors, experts agree, but there haven’t been major consequences.

In the wake of their weakening domestic currencies, foreign investors have become more conservative and cautious, Mr. Zylberglait said.

“The ones that have the dollars will still find a way to purchase real estate. They would much prefer to park their money here than in a volatile government internationally,” Mr. Porras said.

The first quarter of 2016 saw the average asking rent increase for the 20th consecutive quarter, according to the same market report, with an increase of $0.76 per square foot from this time last year to $7.90 per square foot, the highest average since 2006.

The constant rise of rents can be attributed in large part to the scarcity of land, Mr. Porras said. Even with land prices as high as they are, buildings are selling and interest rates are up because there are enough investors still willing to pay these high rates.

But the industrial market in Miami-Dade County is showing signs of slowing down, Mr. Zylberglait said.

“We have a little bit of turbulence towards the end of this year and next year but in a four- or five-year forecast, I don’t see us being any worse than we are today,” Mr. Porras said. “I think prices will hold. There may be a dip, but we will recover quicker.”

Year-to-date volume for product in the $2.5 million to $20 million range is roughly $199 million, Mr. Zylberglait said, down 30% from the same period last year.

During the first half of the second quarter, the volume of deals has totaled $64.5 million, involving nine properties, he said, compared to the $135 million total from 24 properties for the entire first quarter.

Another factor to keep an eye on in is the multi-billion dollars in loans reaching maturity in the next two years, Mr. Porras said.

These loans, which are made to major developers, will hold the market down when they mature, which is set to happen within the next year or two, he said.

“If prices stay high and stay there – when loans mature then we should be okay and get refinancing done. Then people will be okay,” Mr. Porras said.

However, this also means that if asset values don’t keep appreciating, developers will be having a bad time trying to refinance when that time comes

“Industrial will do well. It always has, it’s withstood time,” Mr. Porras said. “For so many investors, that’s their first choice.”

“This is a market that everybody wants,” he said. “Every major player, every major institution wants to have a presence in Miami.”