Advertisement
The Newspaper for the Future of Miami
Connect with us:
Front Page » Profile » Bernard Zyscovich: Architect puts urban realism to work in Miami projects 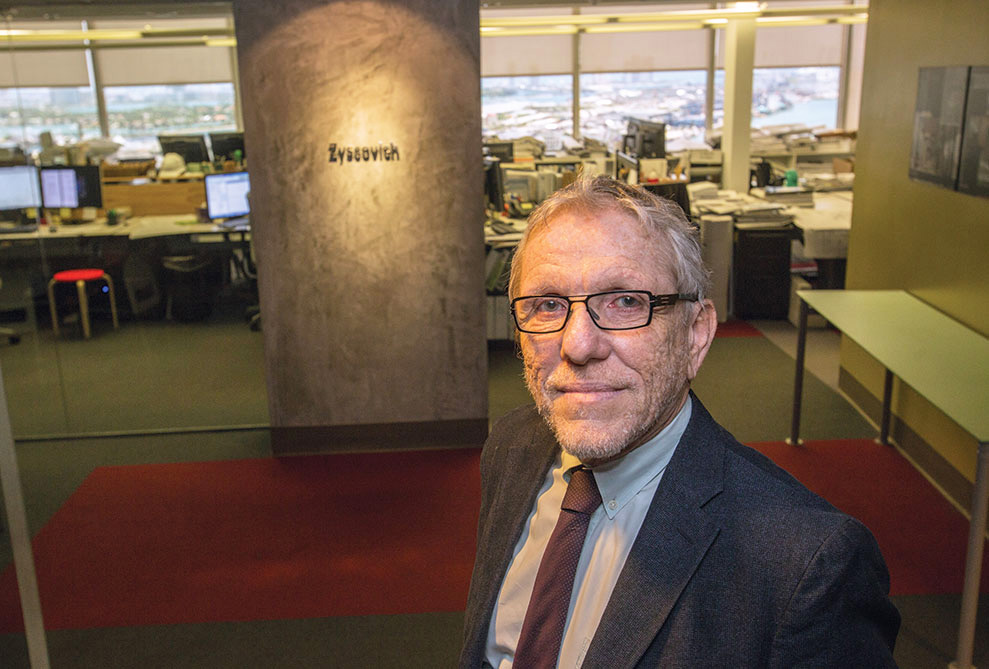 Bernard Zyscovich didn’t feel like a typical architectural student when he began his studies at Pratt Institute in New York City. For starters, he said, his classmates knew at a young age they wanted to be architects and were skilled at drawing and designing things while he was just interested in social change.

Mr. Zyscovich hadn’t yet sketched one single thing or taken an art course. In high school, he wanted to understand people from a psychological point of view and read a lot toward that end. His reading list included works by existentialist Albert Camus and Ayn Rand’s “The Fountainhead,” which tells the story of a fiercely independent architect who fights against societal expectations.

Mr. Zyscovich said the idea of changing some aspect of society by building things appealed to him and he decided perhaps he should be an architect, despite not having any knowledge of the profession.

Today, Miami-headquartered Zyscovich Architects is coming up on its 40th anniversary and completing or in the midst of work in Bogotá and Cesar, Colombia, and Miami, among many other locations.

Mr. Zyscovich said all the projects his firm designs place an emphasis on social betterment. The widespread projects range from transportation facilities for All Aboard Florida and Moishe Mana’s expansive Wynwood development to a plan for creating a scenic park on the Rickenbacker Causeway, totally separating cyclists from motorists.