Advertisement
The Newspaper for the Future of Miami
Connect with us:
Front Page » Communities » The Underline on a $100 million quest

The Underline on a $100 million quest

Written by Camila Cepero on May 31, 2016
Advertisement 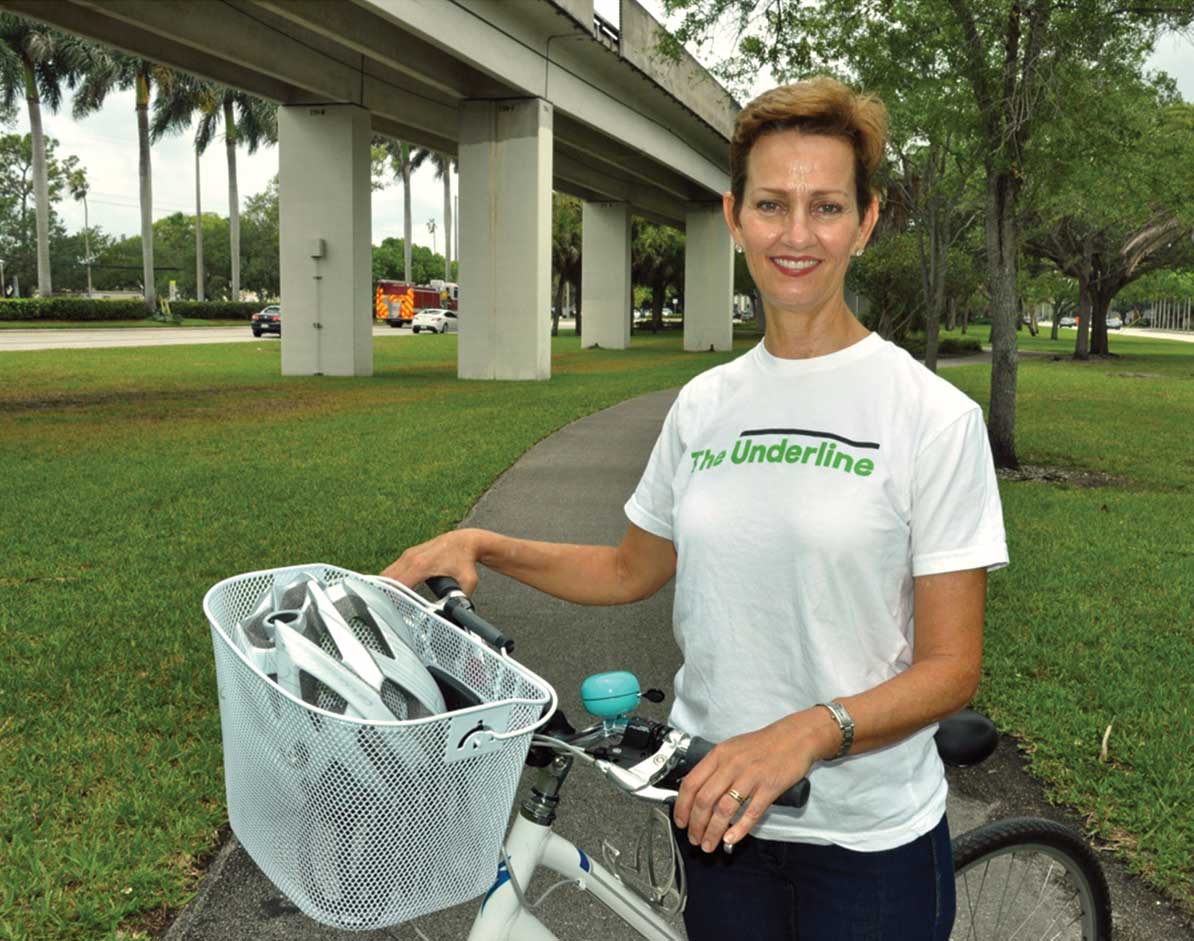 The Underline, Miami’s soon-to-be 10-mile linear park and urban trail running along the land below the Metrorail, continues on its seemingly obstacle-free path to break ground early next year, with just under $8 million in funds secured.

But with a total cost estimated at $100 million, how to fill in the entire financial path remains far from clear. Organizers say they are exploring many options.

The Underline master plan was designed by James Corner Field Operations, an urban design and landscape architecture practice based in New York City that led the design and construction of Manhattan’s 23-city-block-long elevated public spaces called the High Line.

“There’s no project moving at this speed, not only in this country but the whole world. We have such a big need and that’s why people are putting it together,” said Meg Daly, president and CEO of Friends of The Underline, a 501(c)3 non-profit organization.

Real estate value was evaluated, she said, by looking at properties directly adjacent to the corridor and other analytics of properties as far as one-third of a mile from the corridor in each direction.

“Similar signature linear parks across the country indicate that the value of nearby residential and commercial properties increases by about 3%-5% with the creation of nearby open space, with the greatest impact occurring on properties directly adjacent to the park,” said Maria Nardi, chief of planning and design excellence for Miami-Dade County Parks, Recreation and Open Spaces.

“The closer you get to green space, the higher the appreciation of your property value,” she said, with a 25% bump for properties directly adjacent to the corridor and 5% for the farthest ones.

“We’re not going to people and businesses along this corridor and asking them to write a check,” she said. “What we’re hoping they will do are support and become advocates for it and say ‘we’re really excited about building out a beautiful vision.’”

The project is a Metropolitan Planning Organization priority in its five-year work plan. With the economic impact study and maintenance plan complete, construction documents are under way and expected to be completed this fall, with construction planned to begin on the first of six phases, Brickell Backyard, early next year.

The project is forecast to have $170 million in total economic output during construction, creating 1,000 jobs then and $50 million in economic activity every year following completion, with more than 400 permanent jobs during operations.

Parks like the $14 million-a-mile Atlanta BeltLine or $35 million-a-mile Chicago 606 are great examples of trails that were funded through multiple partnerships, Ms. Nardi said.

The Underline will cost about $10 million a mile, according to Ms. Daly.

“Funds for the underline are coming from the public and private sector,” Ms. Nardi said.

•$1 million from the City of Miami.

•$1 million from the Florida Department of Transportation’s Transportation Alternatives Program grant for the Brickell Promenade.

•$2 million from the State of Florida’s 2015 Transportation and Economic Development budget.

Sponsored by Florida Sen. Miguel Diaz de la Portilla, the project has a $2 million placeholder in the Transportation and Economic Development budget of a requested $5 million, Ms. Daly said. The Knight Foundation awarded the project $250,000 for an outdoor gym in Brickell through the Knight Cities Challenge.

Ms. Daly said it’s too early to tell whether to look into creating special taxing districts, a mechanism wherein property owners elect to pay special assessments levied on their properties in order to receive public services or improvements that couldn’t otherwise conveniently be provided.

“The Underline would encourage healthy lifestyles with greater access to a linear park and trail for biking, walking, running, encouraging people to bike to work, shop and play instead of drive to work and increase transit ridership,” Ms. Nardi said.

“We’re exploring all options. For a big vision to be implemented you have to be very creative,” she said. “These sorts of projects have been very successfully implemented in other communities… We’re trying to transform the way we move here, packaged up with a beautiful green ribbon of a park space.”

5 Responses to The Underline on a $100 million quest