Advertisement
The Newspaper for the Future of Miami
Connect with us:
Front Page » Profile » Tina Howell: Franchisee runs counseling business, writes on growth

Written by Susan Danseyar on May 24, 2016
Advertisement 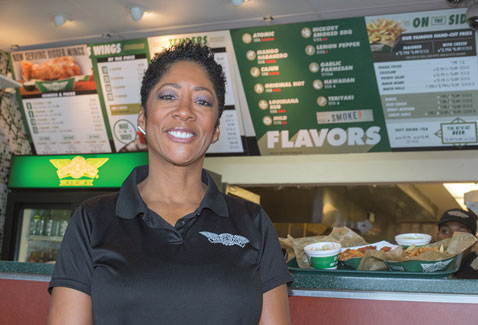 Tina Howell was told as a teenager that she’d never get into college with the Ds and Fs she was earning in classes; at the rate she was going, adults told her, she’d never be successful in life.

Thankfully, Ms. Howell said, she didn’t listen to the naysayers. Instead, she paid attention to the voice inside her saying she had what it takes to be do well and be proud of herself one day.

That day arrived sooner than Ms. Howell’s former high school teachers could have predicted. The Miami native graduated from college with a degree in chemistry, taught school, became a nurse and used the clinical skills she learned to better run a home health care business she started in Dallas, owns two Wingstop franchises, runs a counseling/coaching business and is at work on a book about turning challenges into opportunities for growth.

Ms. Howell was living in Dallas when she decided to open a Wingstop franchise here in Florida, the first in Miami-Dade as it turned out. She was moving back to Miami, where she’s from, and wanted to start another business in addition to Virtual Home Care, her home health agency.  She didn’t know anything about the restaurant industry but said she loved the wings.

There’s a training program for Wingstop franchise owners, but Ms. Howell said she already had a passion for business and found it exciting to bring a new one to Miami-Dade County.

She said probably the most satisfying part of her business, other than earning income, is being able to impact young people’s lives. A lot of Ms. Howell’s employees have been in jail and were considered unemployable. They just needed a chance, she said. Ms. Howell shares with employees her life story, letting them know how difficult it was for her in the beginning, but she succeeded because she believed in herself.

In fact, the book Ms. Howell is working on, called “Turning It all Into Dollars,” is based on her poor grades leading up to the last few years of high school and teachers telling her she wouldn’t get into college. She explains the “bumps” along the way and how she took all of her challenges and turned them into her strengths and opportunities for growth.

The book is about business and suitable for people of all ages, Ms. Howell said.  Whether you’ve been married and divorced, had a business that was successful and then failed, she said if you have a dream and are inspired, her book describes some of the tools she used that helped her overcome obstacles and become successful.