Advertisement
The Newspaper for the Future of Miami
Connect with us:
Front Page » Communities » Downtown Development Authority hires lobbyist to add dockage 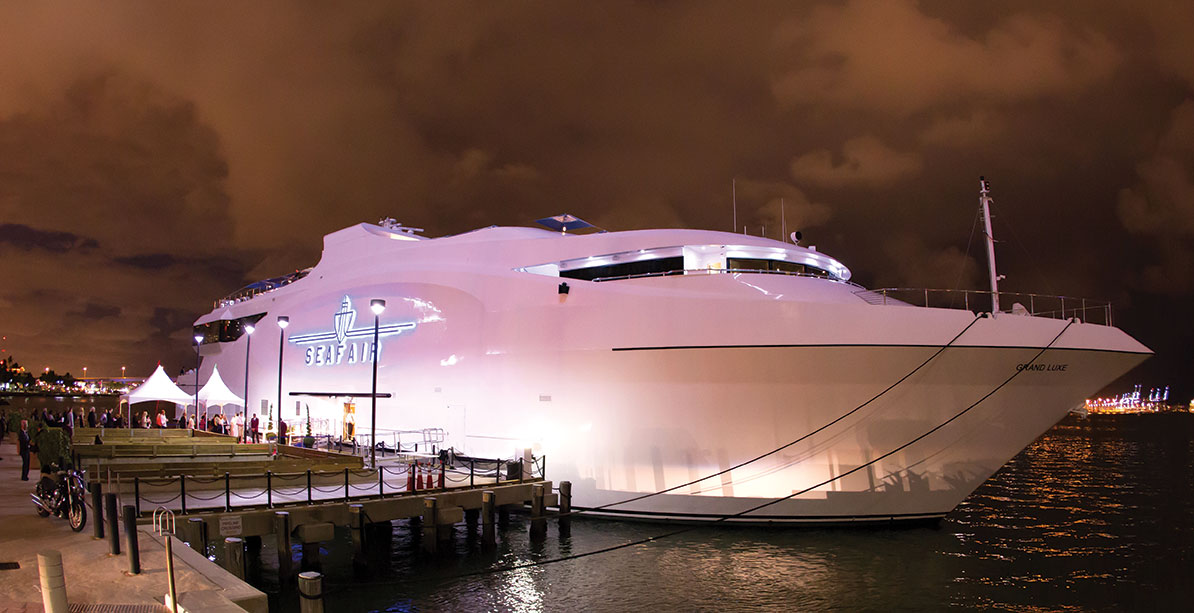 In an effort to offer boaters more opportunities to explore downtown, Miami’s Downtown Development Authority voted Friday to hire Floridian Partners to help get more dockage – especially for boats of less than 100 feet – along Biscayne Bay and the Miami River.

The authority will pay Floridian Partners, a lobbying firm with ties to the Florida Fish and Wildlife Conservation Commission, $5,000 per month on a month-to-month contract to navigate the political waters.

“We want to get more linear docks,” said board member Jose Goyanes, owner of Metro Beauty Center and Churchill’s Barbershop and chair of the authority’s Waterfront Committee. Every other county in South Florida except Miami-Dade has managed to do that, he said.

“Floridian Partners knows how to get marinas built,” said board member Richard Lydecker, senior partner of the Lydecker-Diaz law firm and member of the Waterfront Committee. Floridian Partners assisted in establishing the deep-water dockage on Watson Island, he noted.

The Miami-Dade Department of Environmental Protection is not keen on issuing more permits for docks out of concern for the Florida manatee, said Brian May, a principal of Floridian Partners. At the same time, efforts are underway to establish a water taxi between Miami and Miami Beach, he said. “The trick here is to get DERM is establish a realistic, viable manatee plan.”

“I sponsored a rewrite of the manatee plan,” said board member Bruno Barreiro, who is a Miami-Dade County commissioner. “The state wants a comprehensive plan. They don’t want us to kill the manatees, but we’re not about that. I support bringing someone in who can get something better for the community and has the access to do it.”

“Brian has those relationships,” Mr. Lydecker said. “He can contact elected officials and bird-dog it, bring it from the back of the desk to the front.”

Fort Lauderdale, Mr. Goyanes said, has manatee as well, but many more docks and restaurants that allow boats to dock. In the Florida Keys, Mr. Barreiro said, the concentration of docks far outstrips the population.

“I recognize the value of a lobbyist,” said board chair Ken Russell, who is a Miami city commissioner. But he questioned whether Floridian Partners was being given too broad an agenda. “Is there a specific spot where we want the docks?”

“We should push as much as we can, because there will be push-back from them,” Mr. Goyanes said.

Floridian Partners, Mr. Lydecker said, can advise the authority about what would be a reasonable amount of dockage to request. “They should define the scope, tell us if 100 docks would be crazy. They can walk us through it and tell us how to get there.”

Having more dock space downtown “would be a competitive advantage” compared to Miami Beach, where such space is limited, said board member Alicia Cervera, who is managing partner of Cervera Real Estate.

“We as a community are missing an asset,” said board member Alvin West, who is senior vice president and chief financial officer of the Greater Miami Convention & Visitors Bureau. “Our biggest asset is Biscayne Bay.”

There is a particular lack of dock space for small to mid-size boats, Waterfront Committee members said. Mr. Goyanes asked Tim Schmand, executive director of the Bayfront Park Management Trust, how much the park charges mega-yachts to dock at what’s known as the south FEC slip, adjacent to Bicentennial Park. That fee is $3.85 per foot per day, Mr. Schmand responded.

“Boats of 100 feet or less – working-class boats – can’t dock there, in the Intracoastal, the busiest waterway in the country,” Mr. Lydecker objected.