Advertisement
The Newspaper for the Future of Miami
Connect with us:
Front Page » Transportation » Authority joins push to bring Tri-Rail into downtown 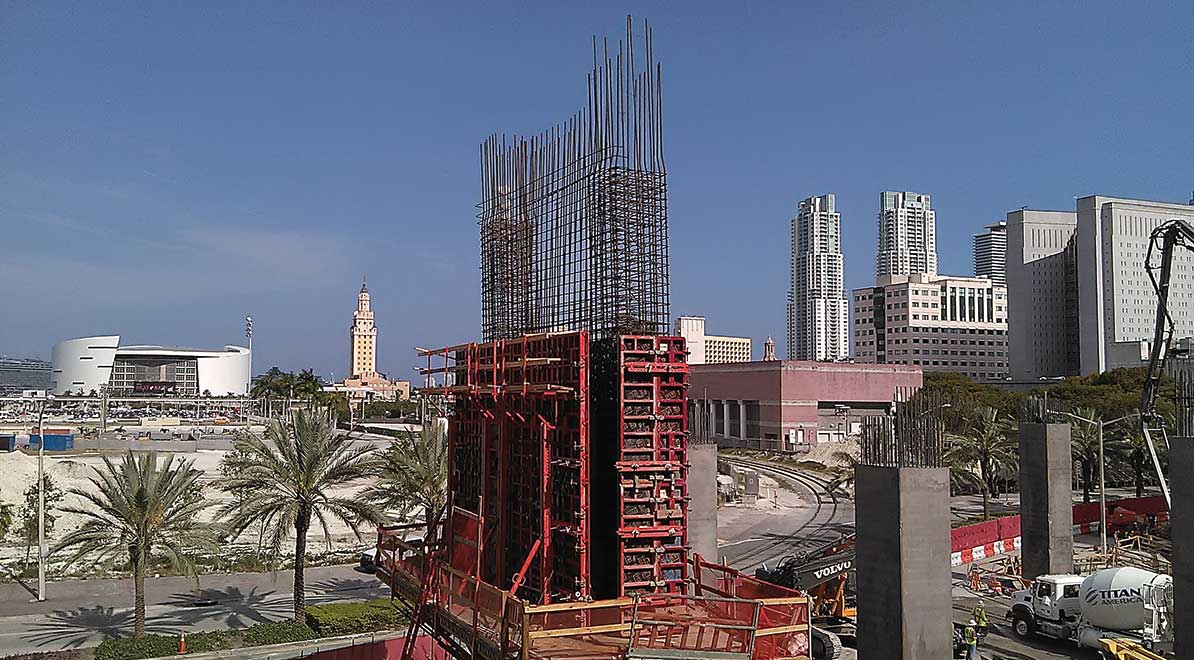 Directors of Miami’s Downtown Development Authority voted unanimously Friday to join the push to bring Tri-Rail into downtown by amending an agreement the authority signed when pledging $1.3 million in financial support. The new contract does not require the Florida Department of Transportation to be part of the deal.

Bringing commuter rail into downtown “has been one of the central tenets in our master plan for the past seven or eight years,” said board Vice Chair Neisen Kasdin, who is office-managing partner of Akerman LLP. “This is a necessary step.”

“This is the station that pins it down,” said Alice Bravo, director of Miami-Dade’s Transportation and Public Works Department. She told the group that MiamiCentral, where both Brightline bullet trains and Tri-Rail will operate, is part of the new Strategic Miami Area Rapid Transit plan, which identified six corridors for transit improvements.

One of them, the Northeast/FEC Corridor, has been studied since 1993, she said. “This is a no-brainer; the track is already there,” she said. “The ease of implementation will be a big factor.” She said the county will work with the South Florida Regional Transportation Authority, which manages Tri-Rail, to develop service from Aventura to downtown, with four stations in between.

“You have literally put your money where your mouth is,” Ms. Bravo told the authority’s board. “We need to continue to move forward at an aggressive pace.”

“All of the corridors in the plan lead to downtown,” Mr. Kasdin said. “We are the beneficiaries.”

But, he warned, “in the past everything cratered because of politics. If selecting the first corridor becomes political, it will fail.”

“In the past, we’ve been fragmented,” Ms. Bravo said. “Now, we have consensus. We’ve never had side-by-side comparisons of the six corridors before. But in a few months, we’ll know cost and ridership projections for each corridor. We’ve made a lot of progress in the past few months.”

The authority’s approval joins that of Miami-Dade County, the City of Miami and the Citizens’ Independent Transportation Trust, all of which revised agreements to allow the project to move forward. The Bayfront Park Management Trust and both the Omni and Southeast Overtown/Park West community redevelopment agencies will be asked to take similar actions in the coming days. None of the parties is being asked to contribute more money than was previously agreed.

The state transportation department may drop out of the project over insurance concerns, but the South Florida Regional Transportation Authority has agreed to foot more of the bill if the matter is not resolved in its favor.

On May 2, Ms. Bravo advised all of the parties that agreements had to be made quickly or All Aboard Florida might withdraw its offer to have commuter service operate out of MiamiCentral.