Advertisement
The Newspaper for the Future of Miami
Connect with us:
Front Page » Communities » Frustration mounts over traffic congestion, no funding 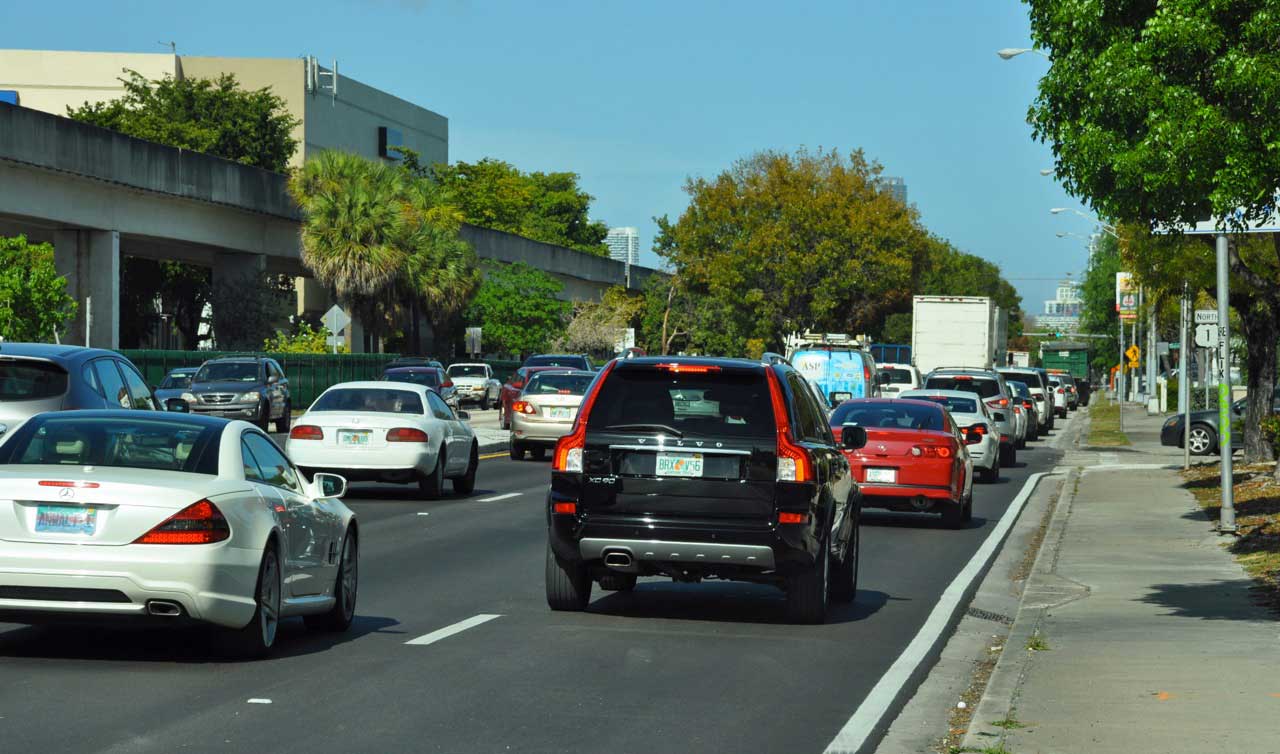 County commissioners are voicing increasing frustration over what might be the public’s reaction to promises that something will be done about traffic congestion in Miami-Dade when there’s still no funding for viable solutions.

In fact, Transit & Mobility Committee Chairman Esteban Bovo Jr. said on several occasions in the past few months he’s concerned a time will come when the half-penny tax to fund the People’s Transportation Plan (PTP), which voters approved in 2002, could be taken away from policymakers.

“It’s worrisome to me that in this building there’s not one mention or one item on our agenda that points to a transit alternative,” Mr. Bovo said during an April 13 Transit & Mobility Committee meeting. “We need to put pressure on ‘the man’ to get something done and I’m not entirely sure who ‘the man’ is, but we as a committee have to start moving forward and decide if we’re going to build something, what alternative we’re going to offer the public.”

Mr. Bovo said Tallahassee “didn’t treat us kindly in some ways,” referring to funding for alleviating traffic congestion. Of the $40 million Miami-Dade got from the state this legislative session, he said, the money for transportation is all centered on road expansion, construction inspection consultants and traffic engineer consultants.

None is for mass transit, Mr. Bovo said, adding “Tallahassee shut down our TIF legislation when we’ve already talked about how implementing TIF corridors would more than pay for transit.”

At the same meeting, Xavier Suarez said “the two things in addition to TIF we tried to advance in Tallahassee were meant to give Miami-Dade a say in what we pay to the state.”

He said the Miami-Dade Expressway Authority toll collections come to $200 million annually and Miami-Dade’s drivers send $167 million in auto renewal tag fees each year. This is money that should come back to the county, Mr. Suarez said, except for the $50 million owed to the state.

His initiatives died during the session.

Commissioner Bruno Barreiro mentioned how much gas tax county drivers give to the federal government and don’t get back, adding that he’s “given up on trying to bring back the dollars” and thinks instead “we need to send up as little as possible and raise money here.”

A transportation trust report says that TIF corridors pay for themselves and the county could generate a substantial amount of money for mass transit from them, Mr. Bovo said. “We’ve studied everything and nothing has happened. Synchronizing lights and making our buses more efficient – it bothers me that this is the best we can do. This is not what I signed up for.”

Mr. Bovo voted to proceed with planning for all six transit corridors for the proposed rail transit “smart plan” but joined other commissioners who said at the May 10 Strategic Planning & Government Operation Committee meeting that there’s still no funding for it.

During a discussion on committee Chairman Juan Zapata’s legislation that would urge the administration to suspend development in West Dade until traffic solutions upgrade quality of life, Mr. Bovo said years of poor planning have come “home to roost.” He cautioned that residents will not take elected officials seriously until at least one of the six transportation corridors is completed.

But there’s no funding for even one of the corridors, several commissioners said, and they asked the administration how it makes sense to go forward with a plan when there won’t be the money to build it.

Transit and Public Works Director Alice Bravo said it’s not true there’s won’t be money for the smart plan. “We’ve never implied all six corridors will be built at the same time,” she said at the May 10 meeting.

Her department is working on a financial plan that will address how all six will be constructed, Ms. Bravo said, and is consulting with a group chaired by Commissioner Daniella Levine Cava that is also looking into the issue.

8 Responses to Frustration mounts over traffic congestion, no funding