Written by John Charles Robbins on May 10, 2016
Advertisement 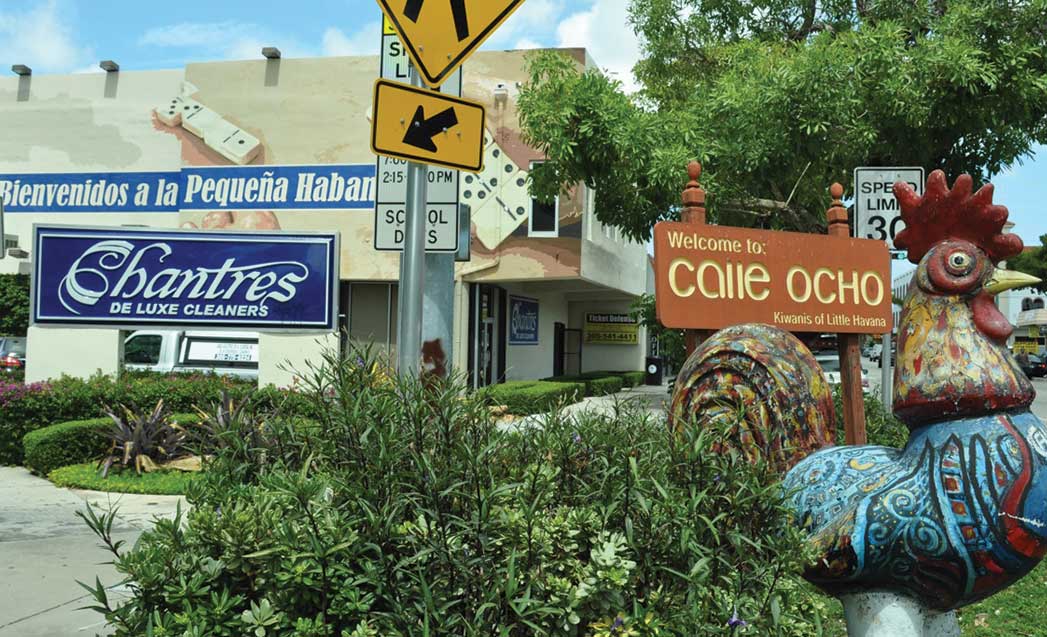 The folks who help Little Havana pulsate are turning to City of Miami leaders to keep the beat alive.

Area tourism boosters appeared before city commissioners to celebrate the growing popularity of the culturally-rich neighborhood with requests to help a friendly place be even friendlier.

Specifically, they asked city officials to consider amendments to the zoning code that would encourage an active street life. Examples were rules that don’t discourage sidewalk cafes and music.

Carole Ann Taylor, owner of Little Havana To Go Marketplace, said we are witnessing a transformation in Little Havana, a boom of cultural expression.

Little Havana, she said, is becoming to Miami what Bourbon Street is to New Orleans, or Little Italy to New York.

Along with being a business owner, Ms. Taylor serves on a number of boards, including the Greater Miami Convention & Visitors Bureau. She said Little Havana has become a must-see destination and it’s important the elected leaders support the area as a historic tourist district.

Ms. Taylor said 3 million visitors stop in Little Havana each year, the second most visited spot in the area after Miami Beach.

Eating, drinking, dancing, music, snapping photos and soaking up the Cuban atmosphere, these are some of the main attractions drawing so many to the area, she said.

She asked commissioners to author legislation necessary to “create a compelling experience.”

Little Havana is basking in the glow that can only come from a cover story in the travel section of The New York Times. Last month, the front of the newspaper’s travel section was devoted to Little Havana, headlined: “In Miami, Cuban Culture, No Passport Required.”

The exposure was very valuable, he said, and helps the city celebrate the multi-cultural neighborhood that is a major part of Miami’s tourism success.

Tourism is our Number One industry, said Mr. Aedo, and provides “lots and lots of jobs.”

Little Havana is a tourist mecca, he said, and helps in the “selling of Miami.”

Commissioner Wifredo “Willy” Gort mentioned efforts of the Latin chamber of commerce in working with city leaders decades ago to establish the Latin Quarter and create Little Havana.

City Manager Daniel Alfonso said the city has issued permits for some outdoor cafes, but restrictions come into play, including the width of sidewalks to be ADA compliant and the city’s noise ordinance.

At Mr. Hardemon’s request, Mr. Alfonso said he would have staff take a fresh look at the noise ordinance, with an eye toward allowing music in some areas.

Commissioner Francis Suarez said he is very happy to see the attention paid to Eighth Street, or Calle Ocho, considered the main street of Little Havana and the location for a hugely popular street festival each year.

Mr. Suarez noted other ways in which city leaders have supported Little Havana, including backing a proposal to make Calle Ocho a two-way street with a design more pedestrian and bike-friendly.

Mr. Suarez commended fellow Commissioner Frank Carollo for his efforts to get funding for improvements to Little Havana sites like Domino Park and Tower Theater.

“We have to support our vibrant corridors for our residents,” said Mr. Suarez. “That’s our brand … and we should keep investing in it.”

Mr. Carollo agreed, and said he recognized how important it is to have Little Havana nationally showcased.

“We should work with the businesses to be even better,” he said.

Mr. Carollo said he supported looking at code amendments that would encourage even more friendly street life in the neighborhood, and said code enforcement should work with businesses in a spirit of cooperation.