Advertisement
The Newspaper for the Future of Miami
Connect with us:
Front Page » Top Stories » Miami-Dade bus ridership often delayed

Written by Susan Danseyar on May 3, 2016
Advertisement 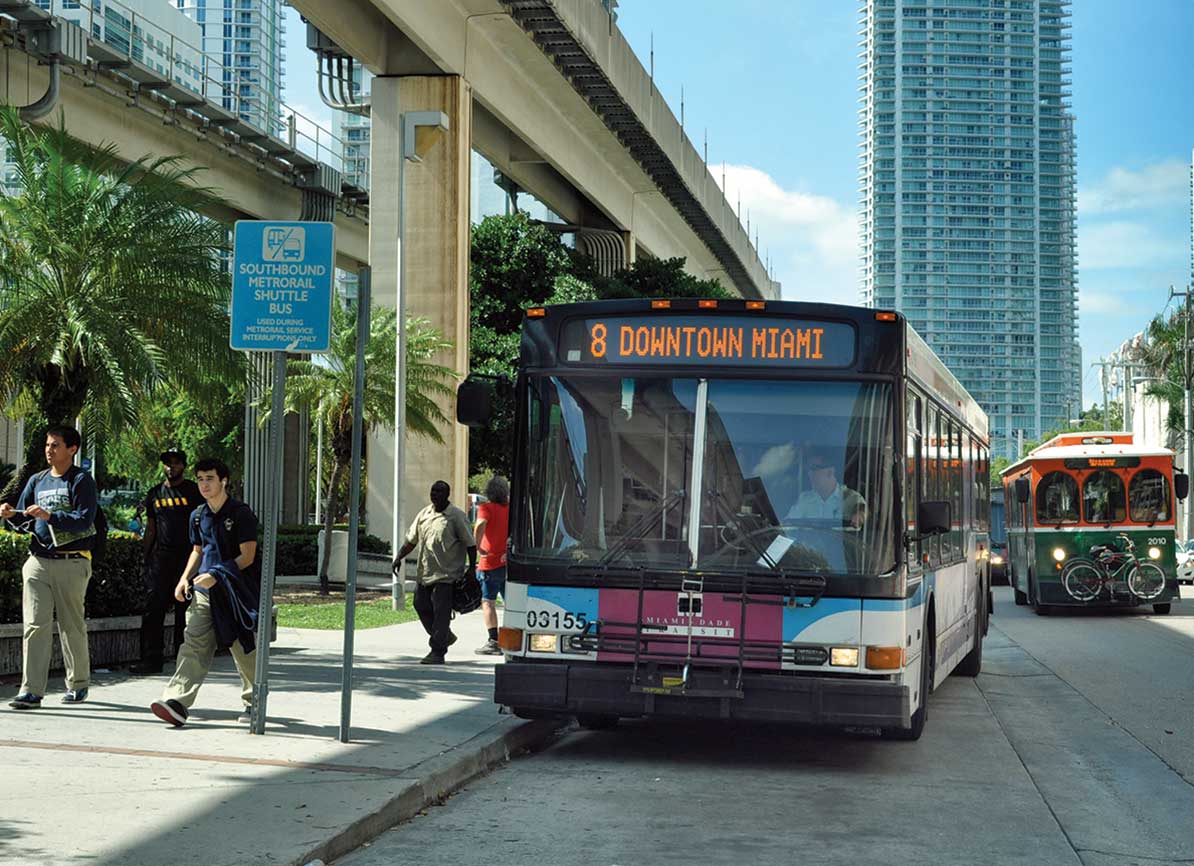 Half of weekday Miami-Dade bus ridership for the first six months of 2015 was on schedule no more than 70.8% of the time, representing 16 routes that transit officials will evaluate in an ongoing effort to provide efficient and reliable public transportation.

Effective December 2015, the 16 routes representing half of the system’s ridership had additional running and recovery time added into their schedules, according to a memo from Transit and Public Works Director Alice Bravo. Such improvement efforts will continue as the department reviews service changes for the June 2016 and November 2016 schedule update to commissioners, she said, by prioritizing and addressing the most used routes followed by the lesser used.

Per legislation sponsored by Barbara Jordan, Esteban Bovo Jr. and Rebeca Sosa, the Department of Transit and Public Works evaluated current schedules to improve operating efficiency by determining adequate running time, headways, mileage and driver break schedules. Additionally, the legislation asked that the department create a plan for carrying out the improvements, as well as review and update all bus route schedules at least every three years.

Twice a year, in June and November, the department reviews the routes for both performance and customer demand. As part of each review period, Ms. Bravo said, the department assesses current traffic conditions and travel times to determine potential impacts on the bus schedules.

Also, she said, the department reviews the budget, manpower and available equipment to make sure service levels are met as efficiently as possible. Modifications to the schedule reflect feedback from passengers, bus operators, planning staff and other government agencies.

“As resources become available, such as the delivery of new buses, additional modifications are undertaken to enhance service delivery to our customers,” Ms. Bravo said.

Assessing the reliability of bus service consists of three components: the more streamlined the route (i.e., fewer turns or deviations) the more reliable, with the optimal plan that 80% be “straight” routes running frequently through areas of dense activity and 20% could meander through areas with low ridership; layover or recovery time at the end of each route (the amount needed to ensure on-time departure for the next one and give the driver a break); and how much time the bus is in revenue service.

In 2013, the Department of Transit contacted consultants to assess the bus network to pinpoint efficiencies, increase ridership and reduce costs. The resulting plan recommended streamlining routes to concentrate services on main corridors with increased frequencies and rewriting bus schedules. In November 2013, the department started to follow the plan’s recommendations.

To date, Ms. Bravo said, 15 recommendations have been enacted. “However,” she wrote, “further ‘straightening’ of routes is required so that travel time by bus can be improved and become more comparable to travel by car, which will be necessary to attract more riders to choose bus service over their private vehicles in order to reduce congestion and improve mobility.”