Advertisement
The Newspaper for the Future of Miami
Connect with us:
Front Page » Profile » James Haj: Leads Children’s Trust after 25 years in public schools

Written by Susan Danseyar on May 3, 2016
Advertisement 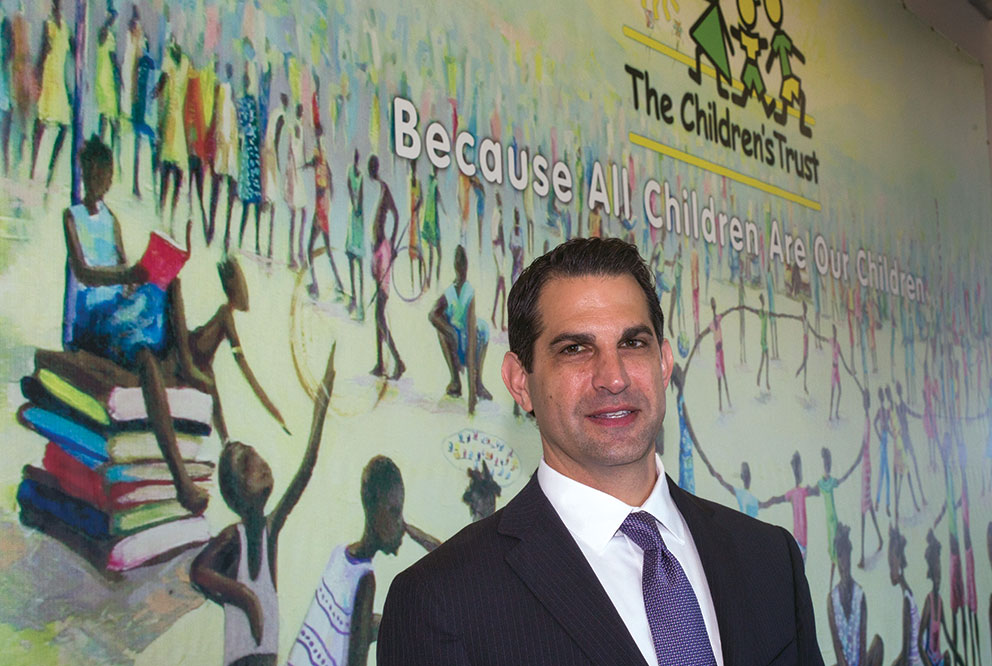 James Haj learned at an early age the importance of giving back to one’s community. His parents, who were both born in the Middle East, enjoyed successful careers in the US but Mr. Haj said they were lucky to have help along the way. His father became blind at 11 months old. Mr. Haj said he was extremely brave to move to New York City alone but, without the many caring people he met who provided assistance daily, his father’s life journey might have been stymied at any point.

Mr. Haj’s career has been devoted to helping children in this community. It’s a passion he said was instilled by his parents. After 25 years working in the Miami-Dade County Public School system, Mr. Haj recently became the president and CEO of The Children’s Trust, where he’ll be overseeing operations, finances and stewardship of taxpayer money to invest early and well in families and children toward developing a well-rounded child.

Mr. Haj said leading The Children’s Trust is a calling and the culmination of his life as an educator. Having only completed his first month on the job, Mr. Haj is still immersed in his plan for the first 90 days to be out in the community and listen to what are the needs of children in this extremely diverse area anywhere from Homestead to the Broward line.

He said he’s looking forward to working with nonprofit organizations, community leaders, families and child advocates with the same collaborative spirit that he has with schools, parents, teachers and administrators to help our children and youth – north and south, for every school, in every community – reach their full potential.