Advertisement
The Newspaper for the Future of Miami
Connect with us:
Front Page » Profile » Tripp Davis: New managing partner for PricewaterhouseCoopers 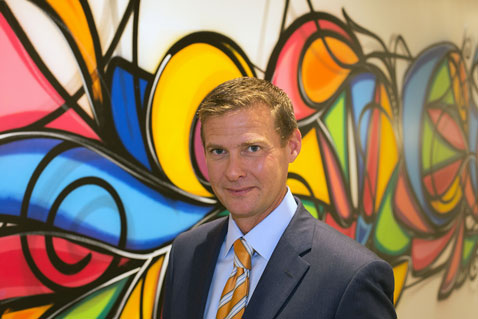 Tripp Davis was definitely interested in accounting when he started college in the late 1980s but wanted to explore the field of technology that was just starting to be more fully integrated into the business environment.

That’s served him well going forward, Mr. Davis said, as he’s been able to better serve his clients. Today, as the Florida market managing partner for PricewaterhouseCoopers (PwC), he’s responsible for all aspects of the firm’s business, including the brand, clients and overseeing all three of its lines of service: assurance, tax and advisory services.

Mr. Davis said the field has changed and broadened to include other services. Over the past 25 years, he said, technology has gone from an afterthought or an add-on to key to driving growth, innovation and operational efficiency in the marketplace.

During those years, Mr. Davis said, PwC has expanded its assurance and tax businesses. Today, he said, the firm is working with clients to accelerate their digital and technological impact across all industries.

Mr. Davis began his new position in January and is in the process of moving his family to their new home in Pinecrest. He and his wife, Jennifer, have three children and want their 16-year-old son to finish his sophomore year in the school where he began it. But come the end of the academic year, Mr. Davis said, his children are thrilled to be moving to Miami.

The entire family is athletic and civic-minded. Mr. Davis and his wife run marathons together; his children love playing soccer and lacrosse.

Mr. Davis has always had a passion to help children and became involved with Junior Achievement, which is focused on giving kids of all ages the opportunity to learn business skills. He’s on the board of Ronald McDonald House Charities in Chicago, which his wife and children were involved with as well, and they’re all hoping to participate in the Florida market where there are also houses helping children.