Advertisement
The Newspaper for the Future of Miami
Connect with us:
Front Page » Profile » Carole Ann Taylor: Building on cultural and destination retail expansions 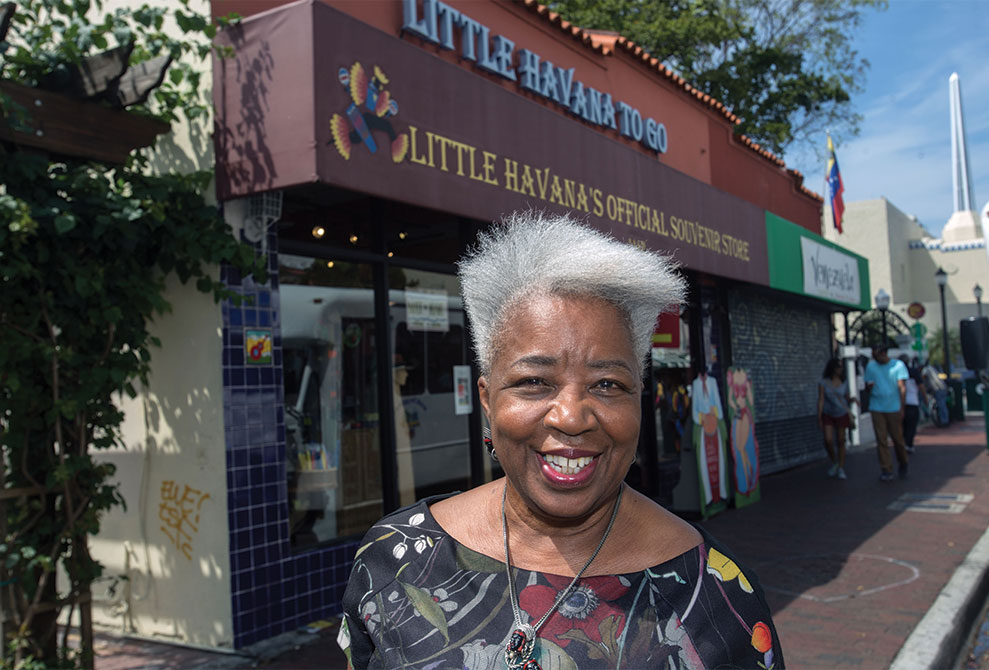 Carole Ann Taylor never had a formal job as a social worker, even though she earned a degree in the field, but said she’s acted in the role of one her entire life.

From an early age, when her father taught her to read and think on her own, Ms. Taylor has devoted herself to various forms of service, including a career in city, state and federal government; sharing her love of jazz with others as a professional singer; and providing a platform for artisans of varied cultures, heritages and neighborhoods to showcase their authenticity through retail operations she’s established over the years.

Ms. Taylor is the president and co-owner with her son, Jaesyn Mixon, of several travel, culture and destination retail businesses in Little Havana and at Miami International Airport.

These days, she’s concentrating her efforts on building bridges of understanding and appreciation of cultures and has turned over the day-to-day-operations of Little Havana To Go Marketplace to Mr. Mixon, and Miami To Go and Cultures To Go at Miami International Airport to manager Maria Pena.

Ms. Taylor said Miami has many unique heritage neighborhoods that need to be celebrated. Tourists come to Miami not just for the beach but to experience its real cultural flavor, she said, and there’s no better economic tool for these little enclaves than to develop their businesses.

To that end, Ms. Taylor is planning to open two culture shops in Little Haiti and Overtown. In celebration of her 30th year in retail, she’s also looking to expand at the airport this year toward further branding Miami as a multicultural destination.

In addition to her entrepreneurial activities, Ms. Taylor serves on a number of boards including the Greater Miami Convention & Visitors Bureau, Arsht Center for the Performing Arts, Lyric Theatre, WDNA Jazz Radio and Viernes Culturales.

Recently, Ms. Taylor returned to singing and will be performing May 21 at Casablanca on the Bay with the Jim Gasior Trio and a special appearance by Bobby Thomas.