Advertisement
The Newspaper for the Future of Miami
Connect with us:
Front Page » Government » $12.2 million to add 10 early voting sites 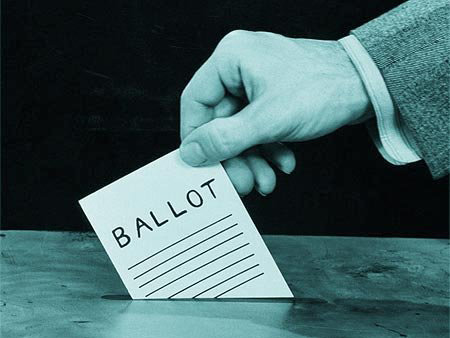 Miami-Dade commissioners are being asked to authorize $12.2 million for contract workers to service 10 added early voting sites for the presidential election, which officials say would save $1 million because the temp workers wouldn’t be entitled to benefits.

The department is requesting an added $12.2 million to use contract workers instead of seasonal staff for the presidential preferences primary, primary election, presidential election and municipal elections, said Supervisor of Elections Designee Christina White. The money is already in the budget, with the request coming to commissioners just to shift staffing.

In a Tuesday memo to commissioners, Deputy Mayor Alina Hudak wrote that use of contract workers in lieu of seasonal staff was included in setting the adopted budget. A modification for $4.3 million was approved under the mayor’s authority in March to support immediate department needs, Ms. Hudak said.

The resolution, brought by the Internal Services Department, was added to the Strategic Planning and Government Operations Committee agenda Tuesday. Members unanimously approved passing it on without recommendation to the full commission pending more information, but not before a long discussion peppered with concern whether spending that much is really necessary.

“We need to be sure the election is done so the residents can express their opinion,” said Rebeca Sosa. “My understanding after the election took place with a terrible outcome a few years ago is we have to provide the right to vote to everybody.”

By most accounts, early voting sites during the March primary had few problems.

Four years ago, however, state lawmakers had cut out early voting the Sunday before the election, triggering long lines at many locations in South Florida.

For the primary this year there were 20 early voting locations across the county. Ms. White said the number will be increased to 30 for November, with extended hours.

However, Ms. Sosa said, the $12.2 million is taxpayers’ dollars. “Why so much money?” she asked. “I will not support an item that does not give me an exact explanation that it is what we need.”

Perhaps something else can be done to save the money for other important needs, Ms. Sosa said. “What will we do to educate the public about the change?” she asked. “I need an analysis of behavior patterns before agreeing to spend this.”

Sally Heyman said that compared with other elections, the county has an increased population and number of voting sites so added money is needed to make adjustments. “We’re not going to be using county employees to work at the election so we’ll be saving money with restructured staffing levels.”

Ms. Sosa asked that the commission be given a line item for the $12-plus million when it is ready to consider the resolution and a report “tracking down the difference it will make.”

The full resolution requires a two-thirds vote to authorize increased spending of $12.7 million to support needs of the administrative office of the Courts and the Elections; Parks, Recreation and Open Spaces; and Corrections and Rehabilitation departments.

One Response to $12.2 million to add 10 early voting sites