Advertisement
The Newspaper for the Future of Miami
Connect with us:
Front Page » Government » Miami seeks millions from Waterways Assistance Program 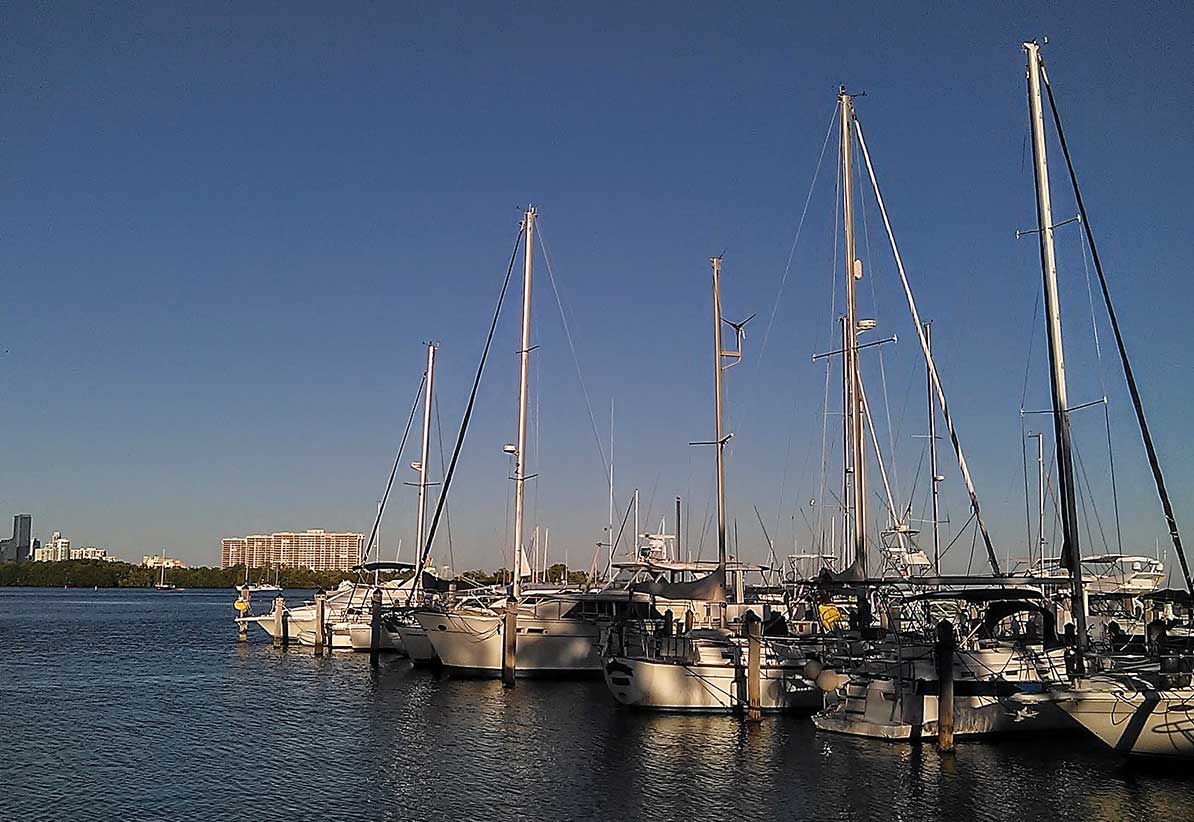 From extending the baywalk to establishing mooring areas, Miami is seeking millions in grant funding for water-related projects in a series of applications that city commissioners recently approved to the Florida Inland Navigation District’s Waterways Assistance Program.

The navigation district, known as FIND, is a special state taxing district for the continued management and maintenance of the Atlantic Intracoastal Waterway.

Most of the grant request represents half the total project cost. For each successful request, the city would allocate the required 50% match. Some of the resolutions authorizing the applications note that a project may be contingent upon future budgeting.

One application seeks help to pay for design and permitting for a new mooring field offshore from Watson Island.

The island between Miami and Miami Beach, connected via the MacArthur Causeway, is owned by the City of Miami and home to entities including Miami Children’s Museum and Chalk’s Airlines, Jungle Island and the planned mixed-use Island Gardens.

Island Gardens has built its own marina for mega- and super-yachts, called Deep Harbour. The marina was officially opened Jan. 8 by Flagstone Property Group.

The city seeks a FIND grant of up to $75,000 for the design and permitting of a 100-vessel managed mooring field offshore from Watson Island. The total cost is estimated at $160,000 for administration, design, engineering and permitting.

The resolution also authorizes allocation of $85,000 by the city’s Department of Real Estate and Asset Management, which would include the required match of $75,000 in eligible costs plus administrative costs of $10,000, which are ineligible for grant matches.

The other applications for reimbursement grants included:

•Up to $75,000 for design and permitting of a 100-vessel managed mooring field offshore from Dinner Key Marina. The project’s total cost is estimated at $160,000 for the administration, design, engineering and permitting needed for the mooring field. The resolution also authorizes allocation of $85,000, which would include the required match of $75,000 in eligible costs plus administrative costs of $10,000.

•Up to $245,000 for construction of a baywalk behind the Miami Woman’s Club. The total cost is estimated at $577,000 for administration and construction of a new baywalk to allow public access to the marinas, baywalks and parks adjacent to the club. The city is allocating the required matching funds up to $332,000 available under the Community Redevelopment Agency (CRA) Omni Fund.

The city allocation includes the required match of $245,000 plus administrative costs of $41,000 and contingency costs of $46,000. The Miami Women’s Club is a historic site at 1737 N Bayshore Drive, adjacent to the city’s Margaret Pace Park on Biscayne Bay.

•Up to $1.2 million for Seybold Canal dredging. The total estimated cost is $2.4 million to dredge and dispose of hazardous sediments at the base of the canal from Northwest 11th Street to where it connects with the Miami River, near Northwest Seventh Avenue and Fifth Street.

•Up to $16,500 for design, engineering and permitting of the construction of floating docks at Morningside Park on Biscayne Bay. The total cost is estimated at $57,210 for administration, design, engineering and permitting. The city is allocating a match up to $40,710, which would include the required match of $16,500 plus administrative fees of $24,210.

•Up to $31,000 for design, engineering and permitting of a new seawall and baywalk at the end of the street at Northeast 22nd Street and 22nd Terrace. The total cost is estimated at $83,450. The city is allocating up to $52,450, which includes the required match of $31,000 plus administrative costs.

•Up to $18,775 to install tiki huts and picnic tables at Virginia Key Beach Park. Total cost is estimated to be $37,550, and the city would allocate the remaining 50%.

•Up to $30,000 to remove small derelict vessels from Miami waterways. Total cost is estimated at $60,000. The city would allocate the remaining 50%.

The Florida Inland Navigation District was created by state lawmakers in 1927 to be the state sponsor of the Atlantic Intracoastal Waterway. The district consists of the 12 counties along the East Coast of Florida from Nassau through Miami-Dade County.