Advertisement
The Newspaper for the Future of Miami
Connect with us:
Front Page » Communities » Institute of Contemporary Art in Miami war rages on

Institute of Contemporary Art in Miami war rages on 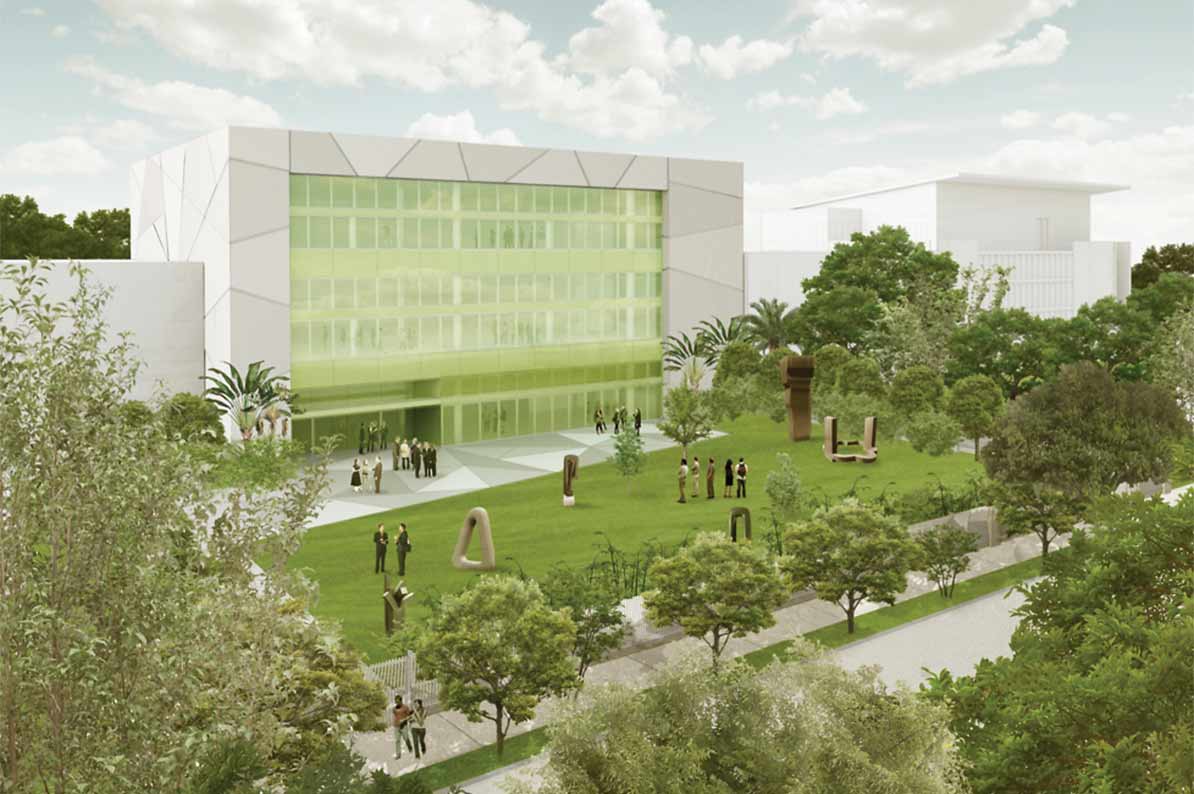 The battle against a new home for the Institute of Contemporary Art in Miami lumbers on, in court and before the city’s elected leaders.

The concrete, steel and glass may be rising at the edge of the Design District for the ICA’s new digs, but the construction flies in the face of the people challenging the venture, according to their attorney, Paul Savage.

Two nearby residents have been fighting the new museum at every turn, and Mr. Savage is representing their interests.

The latest bout unfolded before the Miami City Commission on March 24.

After discussion and hearing from the public and lawyers for both sides, commissioners approved the first reading of two ordinances related to the new museum.

City Planning Director Francisco Garcia told commissioners the proposed changes were more “housekeeping” than substantive changes. The city is co-applicant on both items.

It did afford the opponents one more chance to complain of the project’s size and height and reiterate a belief the land should never have been rezoned in the first place.

The ultimate decision on the rezoning may be decided by a judge, as Mr. Savage has filed a suit in circuit court to get the museum’s rezoning nullified and stop construction.

Mr. Garcia said the zoning classification on the ICA property is Civic Institution, and when the Design District Special Area Plan was approved it did not contemplate a Civic Institution use, which “creates a bit of anomaly.”

Removing the museum land from the Special Area Plan and restating density and height limits allowed in the Design District will allow development in a more “coherent fashion,” said Mr. Garcia.

In the same month the museum backers hosted a groundbreaking – November 2015 – city commissioners were considering an appeal filed by Mr. Savage on behalf of two nearby property owners.

In his arguments then, Mr. Savage focused on the front lot line of the museum, arguing that zoning would not allow a zero lot line and the new building would have to be at least 10 to 20 feet back from the lot line.

After a hearing, commissioners denied the appeal.

The new museum is backed by auto dealer Norman Braman and his wife Irma, both noted art collectors. It is to move from a temporary home at 4040 NE Second Ave., where it set up shortly after the board of the City of North Miami’s Museum of Contemporary Art splintered when director Bonnie Clearwater left in 2012 and the choice of a new director caused a row. Part of the collection stayed in MOCA and part left with directors who formed the Institute of Contemporary Art.

The new museum is planned to be three stories, 37,500 square feet in all, with a 15,000-square-foot sculpture garden to the rear.

The venture has been characterized as a “philanthropic effort” and involves Craig Robins and Dacra, the main developer behind the transformation of the Design District.

In early 2015, the project brought out residents in opposition to decisions of the city’s Historical, Environmental and Preservation Board and land use and zoning changes made by the planning board.

The city’s planning staff recommended the entire site be rezoned to the Civic Institution category, defined as “a zone with uses primarily dedicated to functioning for community purposes such as, cultural, educational, environmental, governmental, public transit, public parking and religious facilities.”

Opponents cried spot zoning, but commissioners backed up the planning board and planning staff and approved the rezoning and land use changes.

At the commission’s March 24 meeting, one woman who said she was part of the neighborhood approving the original Special Area Plan for the Design District said there was no mention the developer would remove land from the Special Area Plan “when it suited them.”

She also said the museum is one-third of the way built and she wondered how the ICA got a building permit from the city when the entire matter is being litigated.

Mr. Garcia told commissioners all of the construction limits remain intact in the Special Area Plan, and limits on the new ICA were “incorporated into the exception process.”

Final votes on the latest ordinances – to remove the museum from the Special Area Plan – could be heard as early as April 28.