Advertisement
The Newspaper for the Future of Miami
Connect with us:
Front Page » Top Stories » AIG settles claim with Miami Marlins on ballpark construction 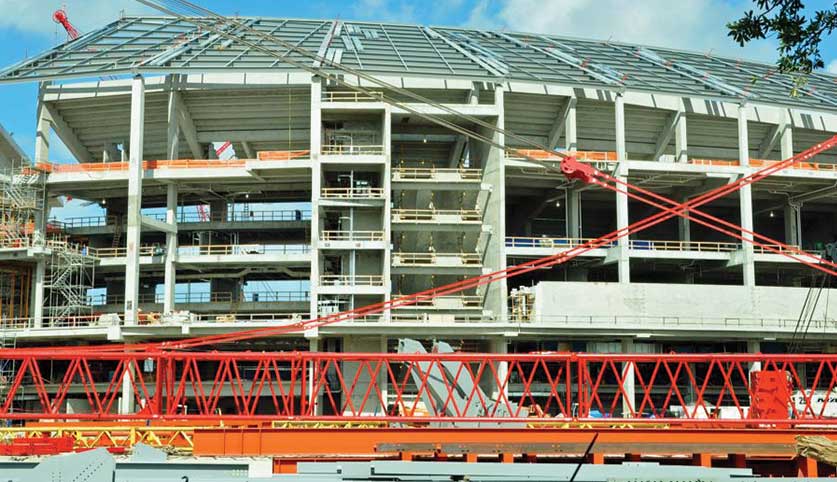 The Miami Marlins, Miami-Dade County and City of Miami will share in an insurance payout for a disputed environmental claim over ballpark construction that was settled for far more than had initially been offered.

AIG Specialty Insurance Co. has agreed to provide a settlement of $2,910,142.13 to the Marlins and their affiliates for a $5.6 million claim on policies relating to construction of Marlins Park and associated public infrastructure, which county officials say is an excellent result that’s above and beyond the total of $535,142.13 the insurance company originally agreed to pay in 2012 before the parties mediated their dispute.

The distribution agreement is among Miami-Dade County, the City of Miami, Marlins Stadium Developer LLC (the Marlins) Marlins Stadium Operator LLC, Florida Marlins and Double Play Co., collectively referred to in the legal documents as the “Parties.” The agreement distributes 73.3% of the proceeds to the ballpark and 26.7% to the county and city.

The city approved the settlement documents in February. The county commission is to review and sign them April 5.

After all parties have signed and within 30 days of receiving the proceeds from AIG, the Marlins are to remit the agreed upon amounts to the city and county and deposit the $2,304,377.62 into a county-owned capital reserve fund that is to be used for future capital projects at the ballpark.

For the past few years, the parties have been working with AIG to resolve the dispute over the $5.6 million claim the project submitted for expenses related to environmental issues, said Jose A. Galan, project director for Marlins Park and director of the county’s Internal Services Department Real Estate Division.

Mr. Galan said it’s a successful outcome not only because the insurance company’s $2.9 million settlement is so much more than its original offer of $535,142.13  but also because the parties and AIG avoided costly litigation.