Advertisement
The Newspaper for the Future of Miami
Connect with us:
Front Page » Profile » Juan Acosta: Consolidates Viacom productions in new Miami studio 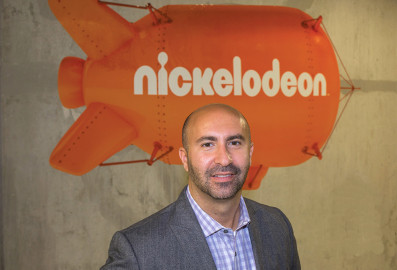 If all you knew about Juan Acosta was his academic credentials, it might be safe to assume that, with a bachelor’s in accounting and master’s of business administration, he spends the majority of his days crunching numbers.

But as chief operating officer for Viacom International Media Networks – The Americas, Mr. Acosta not only oversees finance for the organization but also its key global brands along with all their accompanying behind-the-scenes areas including programming, production, marketing and digital strategy.

Mr. Acosta said he’s always had a sensibility for the creative side of media so his ability to understand the business and how to grow it translates very well to the production and the brand side.

The production side extends well beyond the creative; it’s also about how to evaluate financing for a show, Mr. Acosta said. His work involves asking such questions as where is the best place to do the show and how does the company find the best creators and producers to work with.

Given this city’s great talent pool and the organization’s ability to see Miami as a formidable player in production, Mr. Acosta said, Viacom International Media Networks decided to venture into its own studio, which opened Jan. 20 on Northwest 14th Street.

At one point last year, Mr. Acosta was working out of three facilities. By consolidating and putting everything under one roof, he said, the company is creating an international hub through this studio to produce many languages for all its brands and possibly others in the future.