Advertisement
The Newspaper for the Future of Miami
Connect with us:
Front Page » Arts & Culture » Museum of Science bailout would alter board

Museum of Science bailout would alter board 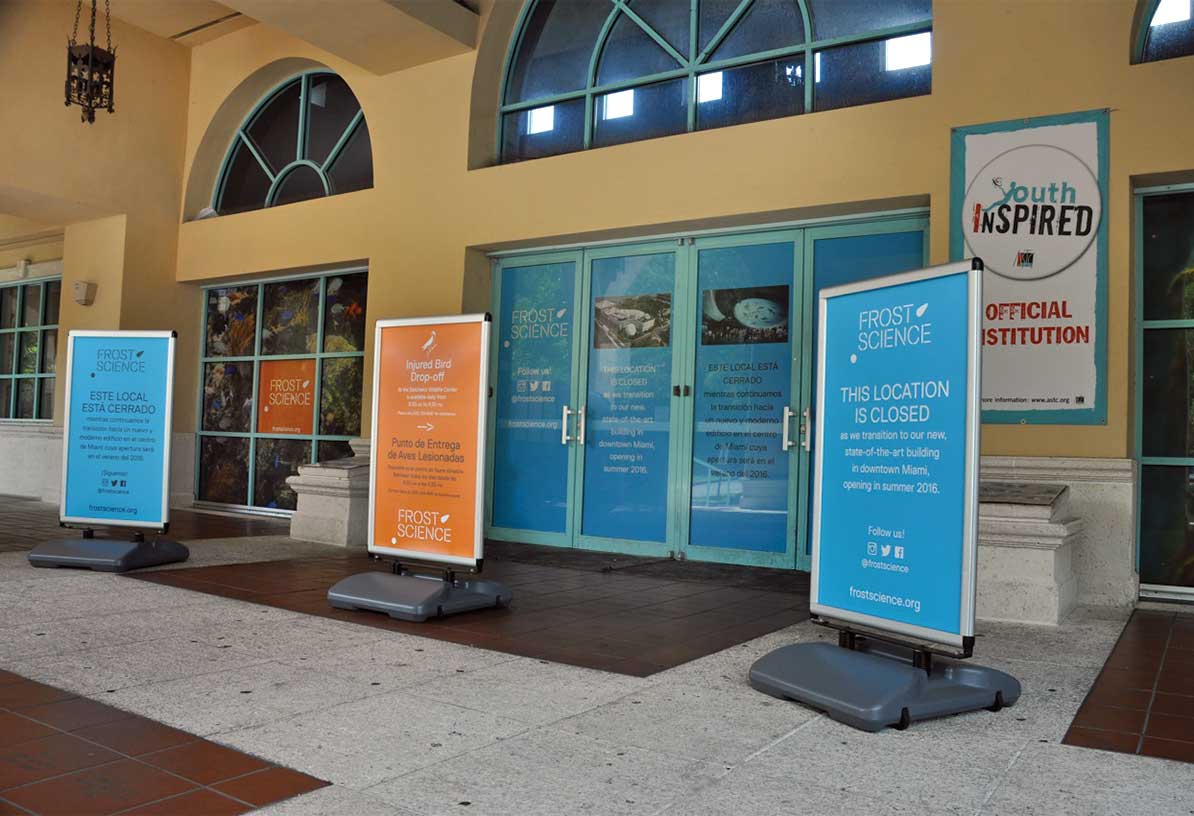 A county committee is to consider legislation this week that would approve a $45 million grant agreement with the Museum of Science for completing its new home at 1075 Biscayne Blvd.

The upfront payment to the cash-poor museum so it can be finished and opened by late 2016 would be funded with proceeds from the sale of bonds secured by 3% convention development taxes collected countywide except in Surfside and Bal Harbour, and secondarily backed by available sales taxes.

This plan, proposed by Mayor Carlos Gimenez, would convert the county’s previously pledged $4 million a year for operating expenses into $45 million toward construction costs. The mayor’s proposal to help complete the museum without additional Miami-Dade funding beyond what has already been planned for the project requires the county commission’s final approval after the Economic Prosperity Committee review scheduled today (3/17).

The Patricia and Phillip Frost Museum of Science, as it will now be called in honor of its biggest private donors, was to open this summer at downtown’s Museum Park with compelling programming and exhibition areas including a state-of-the-art, full-dome planetarium and the centerpiece, the cone-shaped Gulf Stream aquarium.  Last summer, the museum closed its former Coconut Grove home and construction for its new one was underway.

The original project budget of $272 million included $165 million from the county’s voter-approved Building Better Communities General Obligation Bond program through a series of five grant agreements over a six-year period. Per dictates of the grant program, the museum guaranteed it had obtained by private fundraising the $107 million needed to complete the capital project and cover moving and staff transition expenses.

However, museum officials reported early in 2015 that about $40 million in secured pledges weren’t scheduled to be received in time to meet capital project expenses that were to serve as collateral for the part of planned bank financing.

On Oct. 8, representatives of the museum’s board requested further funding and assistance with the museum’s collateralizing of its financial plan through a county guarantee of its debt. The request was denied, as constitutionally the county cannot guarantee third-party debt. Additionally, museum officials said that day that the project budget had increased from $272 million to $325 million.

On Dec. 3, 2015, the museum again requested county help with developing financing options and said without financing the only option was to stop construction.

According to Michael Spring, senior advisor to the mayor and director of the Department of Cultural Affairs, in light of the significant investment of bond funds to date and the consequences of stopping construction – not to mention the prospect of losing the opportunity to complete “this major civic and cultural institution” – a plan is being recommended that can complete the museum without requiring county funding beyond what has already been planned.

“This plan has been developed to ensure that these collective investments will result in the great museum promised to the residents of Miami-Dade,” Mr. Spring wrote in a memo to commissioners.

The plan, he notes, requires that the museum commit to assuming full fundraising responsibility for operating costs on a balanced budget without county support; ensure greater accountability and oversight by restructuring its board of trustees via an amendment of bylaws to allow for five county and three City of Miami appointees and county representation on the board, with county representation on the board including the district’s county commissioner, the county’s chief financial officer, the director of the Department of Cultural Affairs and two other at-large board appointments; and reduce its project budget from $325 million to $304 million.

The new budget in the mayor’s proposed plan reduces costs by essentially scaling down some exhibition features: eliminating the external planetarium projector, planned exhibitions on both indoor and outdoor terraces, roof and plazas, with only basic plantings on the roof, and a major travelling exhibition booked for the museum’s opening; and reducing exhibitions in the Innovation Center.

“The proposed plan can complete one of the most important civic and cultural projects ever undertaken by our community,” Mr. Spring said. “It ensures that the investment already made of more than $159 million of [General Obligation Bond funds] is protected.”

2 Responses to Museum of Science bailout would alter board