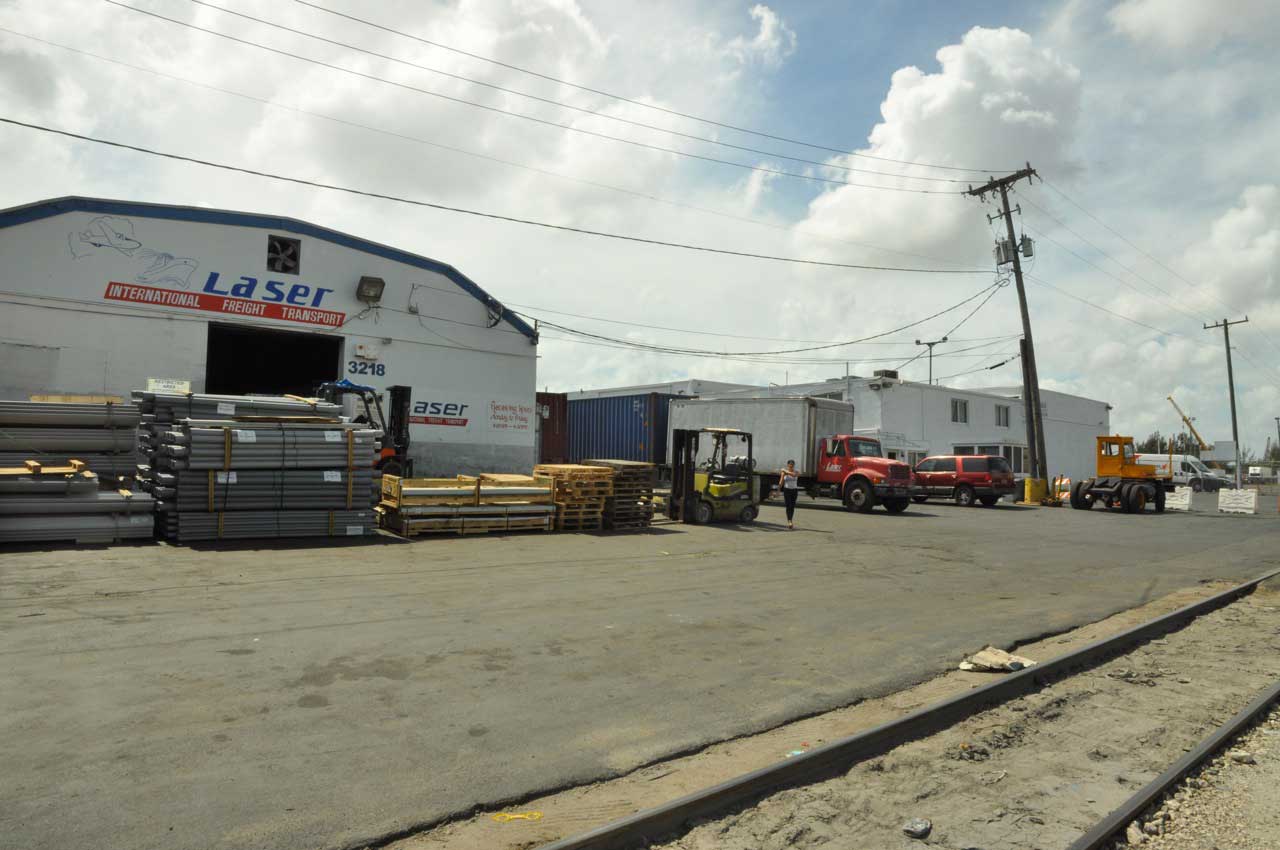 An established importer-exporter plans to redevelop a marine-industrial site on the upper Miami River, a move expected to generate new jobs and tax base for the area.

The company plans to relocate to 3218-3250 NW N River Drive, a riverfront property with access to a rail spur and close to Miami International Airport.

The operation in Guyana feeds the US company palm oil and soybeans.

As a contract worldwide shipper, the company is in global market trade, moving and transportation technologies. It also provides dry, refrigerated, flatbed and intermodal services.

Mr. Talford met recently with the economic development committee of the Miami River Commission to explain his plans to move from North Carolina to Miami.

About three years ago, a Beacon Council representative reached out to him about relocating to Miami, he said. For about a year, Mr. Talford has been in talks with Brett Bibeau, River Commission managing director, about relocation.

The company has offered to buy the riverfront site, Mr. Talford said.

Talford-Guyana Agro Industries leases about 20,000 acres from the government of Guyana to grow African palms and soybeans. The company’s products include palm oil for cooking, butter and margarine, soy milk, soy oil and bio-fuels, and can be used in the manufacture of cosmetics and pharmaceuticals.

“Overall it is an environmentally-sound product,” he said.

The plan calls for shipping the raw palm oil and soybeans from South America by tankers to the river site, transporting raw product by rail from the riverfront site to a New York refinery and transporting it back to Miami for packaging and shipment to sellers.

About 75 packaging and processing jobs are expected here within five years, he said.

As for goals for sales of palm and soy products, Mr. Talford said, “We will try to get in all the major grocery stores.”

The company now has two palm oil products in Walmarts in Mexico, he said.

By cutting transportation costs, Mr. Talford said, his company can sell palm oil at a 30% discount. The company currently ships to the Port of Charleston.

He said he plans to sell stock in the company soon. He said he is also considering using the EB-5 foreign investment program to generate money to help the company grow.

“We wish you the best of luck,” said committee chairman Phil Everingham.

Rob Piatkowski, a planning consultant with the Florida Department of Transportation, listened to Mr. Talford’s presentation. He said the department in September will study short sea shipping to evaluate freight uses on the river.

Mr. Piatkowski said the study will look at connectivity to other transportation modes.

Mr. Talford said the relaxation of trade restrictions with Cuba and the expansion of the Panama Canal could be “great business opportunities for us.”