Advertisement
The Newspaper for the Future of Miami
Connect with us:
Front Page » Communities » Watson Island parking additions studied 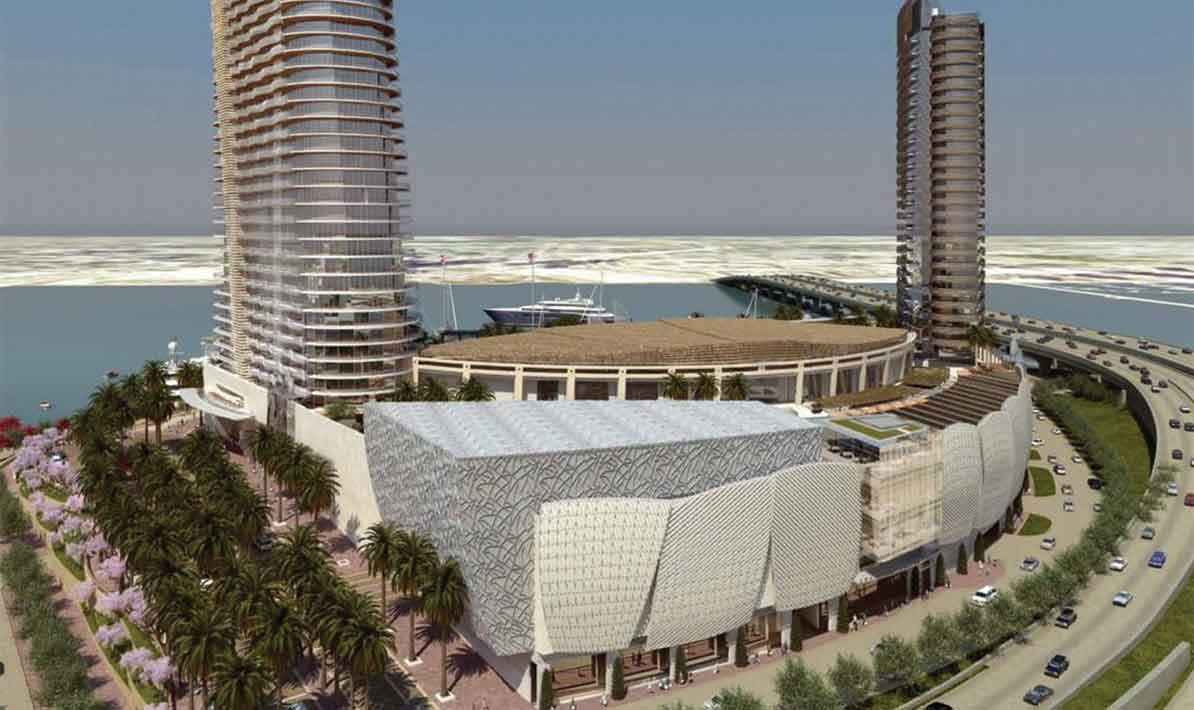 With more people expected to make Watson Island a destination, the Miami Parking Authority is looking at the parking needs for all of those visitors.

The authority, doing business as the city’s Off-Street Parking Board, oversees two existing surface parking lots on the city-owned island between Miami Beach and the mainland.

At its March meeting the parking board approved spending up to $50,000 for a parking study on Watson Island.

Four shareholders on the island chipped in to help fund half the cost of the study, according to Rolando G. Tapanes, director of planning and development for the authority.

The authority has had discussions with the stakeholders on the island in regard to parking over the past two years, he said.

With all the recent activity on the island, staff determined it was time to move so “our position” is in the forefront of meeting parking needs on the developing island, Mr. Tapanes told the board.

He said the authority received a cost estimate for a full parking study and sought financial contributions from the main users on the island to pay for half of the study. The authority will pay up to $25,000, he said.

The Flagstone group, developer of the large mixed-use residential, retail and marina project Island Gardens, has promised to contribute $15,000, he said. The seaplane operator will pay $5,000. The heliport operator will pay $2,500. And Jungle Island rounds up the tally with $2,500, Mr. Tapanes said.

The study will examine current parking usage on the island and anticipated future needs.

“There’s a lot of activity on that little island,” said Mr. Tapanes. “The time is right for a robust study, to be prepared to meet all those needs.”

Mr. Tapanes told the board the authority wants an independent, professional and substantive parking study of the island, so the agency can share it with the stakeholders and show them “this is your true need.”

Parking exists on the island now but it’s a mess.

Board member Stephen Nostrand said he didn’t want any of the stakeholders to “expect us” to build and provide parking for their ventures.

Mr. Tapanes responded that some stakeholders realize there isn’t enough parking and there’s no expectation among them that the added parking facilities would be free.

In a background memo dated March 2, Mr. Noriega wrote: “Given the continued expansion of development on Watson Island, MPA staff recently met with stakeholders on Watson Island in order to discuss current and future parking needs. The conversation was an active one and it was clear that more information regarding current and future construction projects on that island needs to be obtained in order to properly plan and serve that area.

“Given the importance of this project and the need to start the study as soon as possible, we are seeking the board’s approval to select the most responsive proposal from one of our selected and qualified parking consultants with a limit of $50,000,” Mr. Noriega wrote.

According to the city, there are two existing municipal parking areas on the island.

The South Side Parking Lot is adjacent to the Miami Children’s Museum and Chalk’s Airlines. This surface parking lot has 340 spaces.

The Public Boat Ramp Parking Lot was completed in the summer of 2003. This lot provides 50 oversized parking spaces for vehicles with trailers after launching their marine vessel on one of the three public boat ramp docks and 30 standard-size parking spaces.
The parking authority built and maintains both facilities.
The city’s website has a thorough description of the current and future uses on Watson Island. They include:

•Aviation and Regional Visitors Center: The Aviation Center provides a dual service that includes the Miami Heliport and the Miami Seaplane Base. The Miami Heliport is currently in the process of being relocated adjacent to the property occupied by Chalk’s Miami Seaplane Base. The heliport is to operate as a public heliport. The future intent of this facility will be to provide corporate and tourism services. The City of Miami partnered with Miami Sports and Exhibition Authority to develop an aviation center that will house both the heliport and the seaplane base.

•Island Gardens: The multi-million dollar waterfront project is being developed as a public-private partnership between the city and Flagstone Properties LLC. The project was selected through a competitive proposal process that commenced in February 2001 with the issuance of a request for proposals and concluded in November 2001 with approval by the voters through a referendum. The mixed-use development is to combine two luxury hotels with a combined 500 rooms, 152,000 square feet of retail, 61,000 square of dining, with entertainment, cultural facilities and civic art in a village setting facing a mega-yacht marina. Early and current site plans show a parking garage as part of Island Gardens.

•Miami Outboard Club was founded in April 1938. Since 1946, the club has maintained a facility on the island.

•Miami Yacht Club is an informal group on the island just north of Government Cut.

•Jungle Island: Formerly known as Parrot Jungle, Jungle Island officially opened its $47 million facility on Watson Island on June 28, 2003. Their facilities include tropical gardens, exotic animals, educational exhibits and a variety of shows. The park also features the Treetop Ballroom and other meeting facilities that overlook PortMiami. Other amenities include Lakeside Café, the Garden Outpost with picnic and birthday pavilions and a private beach.