Advertisement
The Newspaper for the Future of Miami
Connect with us:
Front Page » Business & Finance » PortMiami cargo grows blazing 8% 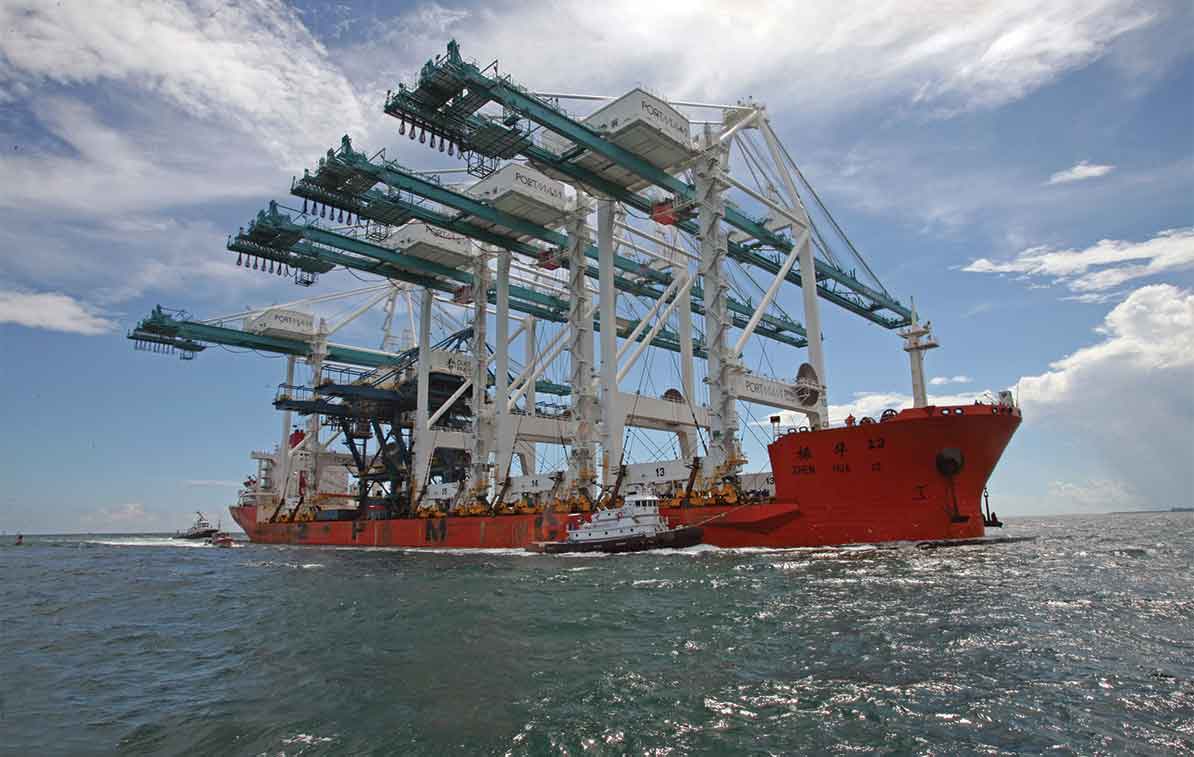 PortMiami is off to a strong start for the first four months of fiscal 2015-2016, its officials report, with an 8% growth in cargo compared with last year and a recent designation of the third-fastest growing US seaport in 2015 by the industry’s top maritime and trade news service.

In January alone, the port’s cargo increased 19.9%, according to Director Juan Kuryla. Additionally, he told Miami Today last week, the number of cruise passengers traveling to and from this city is increasing and the port may very well hit the 5 million passenger mark in 2016, primarily because the MSC Divina will now be staying here year-round.

According to maritime import/export reporting service Piers, PortMiami handled roughly 409,346 import Twenty-Foot Equivalent Units (TEUs) – a measurement the industry uses to describe the capacity of container ships and terminals – in 2015, an 18.86% increase year-over-year. That, along with other data, was cited for Miami ranking the third fastest-growing import seaport in the nation, handling more than 50,000 20-foot-equivalent units, by Piers, a reporting service Mr. Kuryla said is favorably viewed by the industry,

The Feb. 1 report states, “while other US East Coast ports have said West Coast diversions are fading, Miami says it’s confident the Asian volume it gained will stay. “Coupled with expected Latin America volume growth, the port has a vision of itself as a new major gateway for cargo headed into the US Southeast and perhaps even as far north as Chicago.”

This vision, Piers reports, is “emboldened” by Miami’s newly achieved draft of 50 to 52 feet, allowing the port to handle the larger container ships able to pass through the expanded Panama Canal in mid-2016.

“Doubts and questions remain, despite the port’s confidence,” the report states. “Import strength dipped and spiked over the past year, and that doesn’t reveal if Miami is retaining West Coast diversions, if it’s attracting cargo bound for outside the state, if Florida demand is building, or some combination of the three.”

Mr. Kuryla defended his optimism for the port’s future in 2016 and beyond, notwithstanding some financial experts cautioning that the slowdown and rebalancing of the Chinese economy, lower commodity prices and strains in some large emerging market economies will continue to weigh on growth prospects in 2016-17.

Over the past few months, global growth for major markets has been down. By most media accounts, that results in decreased global trade, which means fewer container ships are needed.

However, Mr. Kuryla said, PortMiami has been able to continue on a good course during the slowdown in China’s growth because its trading regions are well diversified.

“Our top 10 trading countries are diversified,” he said. “Fifty percent of our trade is with Latin America and the Caribbean; we also go to Asia and Europe.”

Mr. Kuryla attributes the port’s cargo import growth in large part to work officials have been doing over the past five years that is now finished and “bearing fruit.”

Last year, he said, the port fine-tuned a program whereby the more volume brought in, the higher the rebate through a discount on tariffs.

“We wanted to keep our existing business and lure new business,” Mr. Kuryla said, adding that the port has lured three of the four largest shipping alliances through this competitive rebate program.

Proficiency, productivity and professionalism of those working at the port all contribute to its import growth, he said.

PortMiami’s staff is small but Mr. Kuryla said it’s the best he’s ever seen. In particular, he said, this seaport offers excellent customer service. Staff delivers information for any question on any level, he said, and is in direct touch with customers on a constant basis.

“We solicit customers, talk to the lines for this type of business, visit with shippers and freight forwarders,” Mr. Kuryla said. “You always need to be doing outreach and can never visit the customer enough.”

This business is built on relationships, he said. In fact, as Mr. Kuryla was speaking last week, he said at that very moment the port had someone in Phoenix visiting a shipping company, just one of many outreach trips.

In addition to administrative staff, Mr. Kuryla said the port offers tremendous efficiency at the yards and on container terminals.

“They move boxes quickly; they load and unload the vessels quickly.”

Any port can be potential competition, Mr. Kuryla said. For Miami, it can sometimes be Savannah or other Florida ports.

That’s why PortMiami is continually striving to create new programs, incentives and accommodations for customers, he said.

Mr. Kuryla described a service the port just started for a company in Mexico that previously moved goods via trucks. Now, he said, the company’s exports leave Mexico’s port, arrive in Miami and are then transported by rail to Jacksonville, going to the final destination at a distribution center.

Finally, he said, PortMiami’s superior infrastructure is behind the growth in import cargo, stressing his deep appreciation to support he’s received from the county commission and Mayor Carlos Gimenez.

“That’s where it starts,” Mr. Kuryla said. “I can execute but need the mayor’s support.”

In the past four years, several projects were started that are now complete: the port tunnel from Watson Island, on dock rail, and the acquisition of super post Panamax cranes that are capable of working the largest vessels when the Panama Canal is expanded.

And, of course, there was the completion of the dredging to 50 to 52 feet deep, which Mr. Kuryla said has “captured the attention from all the shipping lines.”

That’s what he calls the game changer. “There’s no other port up the eastern coast until Virginia capable of handling that depth.”