Advertisement
The Newspaper for the Future of Miami
Connect with us:
Front Page » Communities » Commercial realty prices soar near mass transit 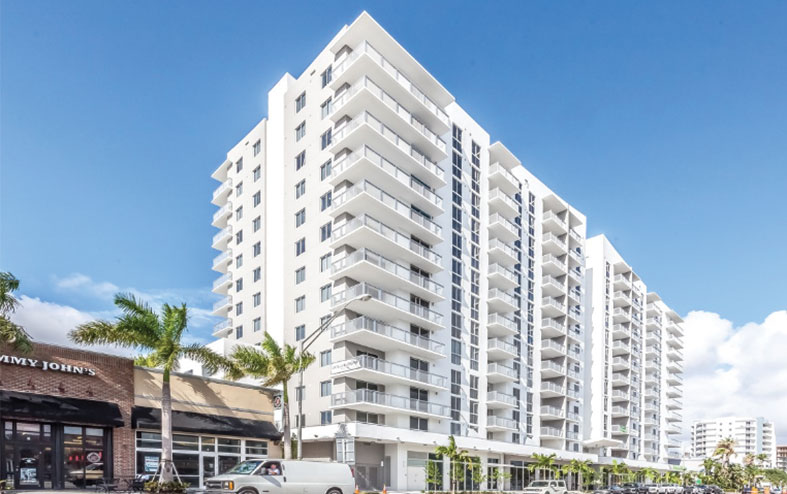 “This is a major shift that’s going to affect everything,” said W. Allen Morris, chairman and CEO of the Allen Morris Company. “Access to all forms of mass transit is very important for both residential urban properties and office space. People want to live and work near transit.”

One of the attractions of the company’s 58-story SLS Lux in Brickell is that it is across from a Metromover station, Mr. Morris said. “We’re also planning office buildings in Miami, Orlando and Atlanta that all have a mass-transit component,” he said.

The company’s planned development in Westside Atlanta – an artsy, gentrifying area similar to Wynwood – is contemplated to have its own trolley to get residents to rapid transit, Mr. Morris said. The service may expand to serve neighboring buildings, he added.

The appeal of less time driving is undeniable, he said. “It’s a function of money and time. People are voting with their feet and their dollars and choosing to not drive as much. Millennials don’t think a car is necessary, especially if they live in Brickell and go to work right there.”

Empty-nesters are joining the younger generations in their desire to use mass transit, even if they don’t live in the urban core. Some are opting to live in walkable communities that offer shopping and entertainment nearby.

“More people are discovering they don’t need to get into the car for four or five days,” he said. If the trend of developing office and residential space along transit lines takes off, the day might eventually come when the family car “is something you take out of a space and dust off to use on weekends,” Mr. Morris said.

Marcie Williams, president of Rivergate KW Residential, agrees that values rise depending on proximity to mass transit, but she questions whether 1½ miles is a valid radius by which to judge the economic impact of being close to transit.

“Being on a stop is where the difference really comes in,” she said. “The value is going to be graduated depending on how close you are to that starting point.” The company’s Grove Station Tower rental project is next to the Coconut Grove Metrorail station.

If a multi-family unit is immediately adjacent to a station, a landlord can charge 20 cents more per square foot per month than competitors further away, she added. If space along a transit line isn’t available, a developer should look for a site that is not more than a block or two away, she said, or that has access to a trolley stop.

“You’re not going to get such a large premium,” but that can be ameliorated by adding bike features or other amenities that attract mass-transit commuters, Ms. Williams said.

“Miami developed in a sprawl-like fashion that has not been conducive to anything but driving around,” said Daniel Espino, a land-use lawyer in the Weiss Serota Helfman Cole & Bierman law firm. “When we talk about multimodal transportation, rail lines, and reversible lanes, we’re treating the symptoms as opposed to the cold. People don’t live where they work, but if we couple housing solutions with multimodal transportation, we’re going to begin to change mentalities and lifestyles.”

There are pockets, like Brickell and downtown, where transit-oriented development has flourished, but until this style of development becomes the norm, he sees urban cores in developing in suburban settings, such as Doral.

“People are willing to pay to be surrounded by employment, shopping and dining that is accessible by alternative means of transportation,” he said. “Doral will be the next area.”

A system of bikeways, in tandem with Lyft and Uber ride-sharing services, will be heavily used as alternative to getting behind the wheel, he said. “In addition to the time saved, there’s the health component: biking means less stress and more money.”