Advertisement
The Newspaper for the Future of Miami
Connect with us:
Front Page » Transportation » Plant to assemble new fleet of Metrorail cars 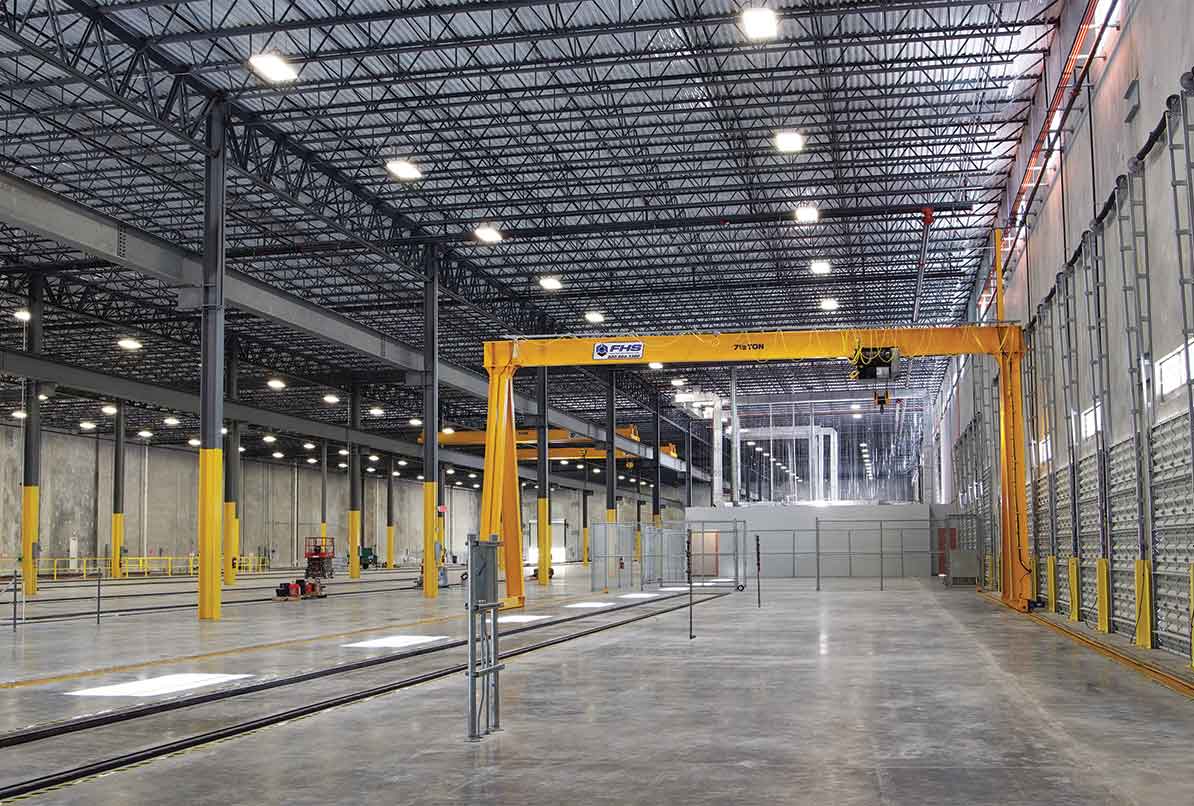 With the completion of a new custom-designed facility in Medley, assembly of a new fleet of Metrorail cars will get under way in mid-March, with the first car rolling out by the end of this year, said Alice Bravo, director of the county’s Department of Transportation and Public Works. All 136 cars are slated for delivery by 2019.

The pre-assembled parts will come from a plant in Italy formerly operated by AnsaldoBreda, which was acquired November 2015 by Hitachi Rail, a global transportation giant whose US headquarters is in San Francisco.

According to Hitachi Rail US’s website, the firm is now the largest supplier of urban vehicles in the US outside of the New York metropolitan area. The Medley factory is Hitachi’s third in the US custom-built for the assembly of heavy-rail metro; others are in Buffalo and Pittsburgh.

“It was a pretty interesting project,” Mr. Thorpe said, “because the facility was unique. We have done some light industrial before, and the actual shell is a typical warehouse building, but the interior is specialized for train-car assembly. The construction schedule was very fast-paced.

We started construction on May 26 and finished on Dec. 3, about three weeks ahead of schedule.”

The facility’s slab design and construction created four concrete pits to allow for assembly work underneath the cars, he said. Stairways provide workers with access to the pits.

“A series of train tracks runs across the building,” Mr. Thorpe said, “At the west end there’s a platform that rolls north and south, so they can actually roll the cars out of the building and onto a platform called a transfer table that takes them to the next bay for the next bit of assembly.”

The transfer table, he said, was among the biggest challenges – “it had to be extremely level, straight and perfectly aligned to the building.

“They also have operable portions of train tracks where they can switch the tracks depending on which bay a car will go to next.”

One set of tracks, Mr. Thorpe said, runs over a large sloped pit with an enclosure containing 400 spray nozzles where the cars will be tested to ensure they are completely watertight.

Ms. Bravo said the factory, which is expected to create about 100 jobs, will become fully operational in a few weeks. A ribbon-cutting ceremony is in the works.

While Hitachi assembles and fine-tunes the cars, Ms. Bravo said, the county is working on infrastructure upgrades.

“We’ve been doing some track replacement work and things of that nature,” she said, “but this will not hold up the new cars coming on line. It will just make the whole experience more enjoyable.”

5 Responses to Plant to assemble new fleet of Metrorail cars