Advertisement
The Newspaper for the Future of Miami
Connect with us:
Front Page » Transportation » Miami International Airport baggage handling improves 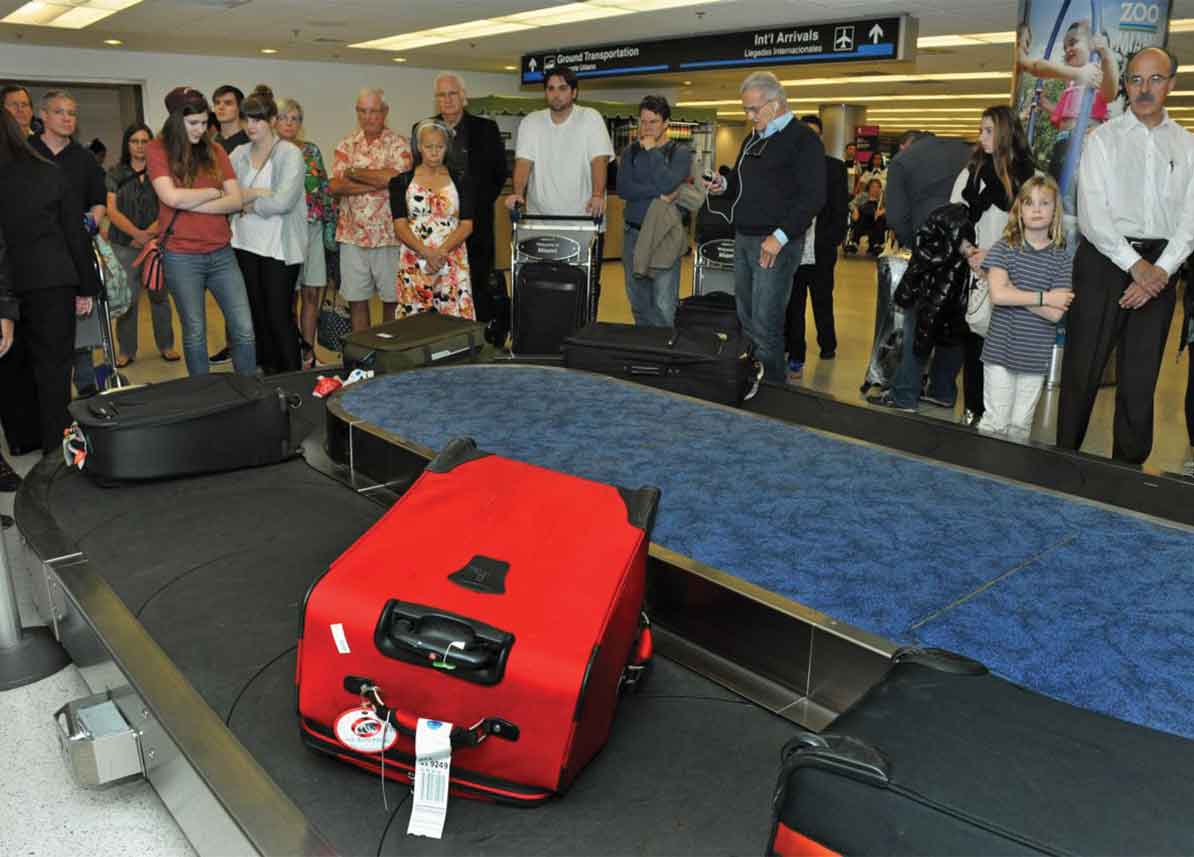 Although airlines do not share how long it takes a suitcase to leave the plane and reach the baggage claim areas at Miami International Airport, county officials say there’s been a noticeable improvement over the past six months in baggage delivery.

A report included in this week’s county commission package analyzes the baggage handling system at the airport and the efficiency of baggage delivery, concluding that the operations are getting better, as evidenced by a reduction in complaints, and Aviation Department staff is aiming for continued improvement.

“Miami-Dade Aviation Department continues to discuss service-related issues in airline forums at Miami International Airport (MIA) in an attempt to further enhance service,” Mayor Carlos Gimenez wrote in a report requested by commissioners seeking information on the efficiency of the airport’s baggage delivery system and linkage among its three terminals.

The department received only six complaints on delivery of baggage from October 2014 to October 2015.

Mr. Gimenez also reported the North and South Terminal baggage handling systems have no direct impact on the delivery of luggage for customers who choose Miami as their final destination. The system is in place to handle outbound flights and, in many cases, the baggage of passengers transferring through MIA.

The Aviation Department is currently designing and building the South and Central baggage handling system, which will link the two terminals, according to the report. At this time, there are no plans to link them to the North Terminal’s system.

Mr. Gimenez reports the process for incoming baggage delivery – for both domestic and international arriving flights – is manual unloading of the plane by either the airline or its general aeronautical service provider.

In a wide-body aircraft configuration, checked baggage is loaded in a container and moved into the plane. When the flight arrives, the baggage is taken in those containers to the baggage carousels.

In a narrow-body aircraft configuration, each bag is moved separately and then placed in a cart for delivery to the carousels.

However, the report states, in some instances delivery “exceeds those standards” because of such factors affecting delivery as weather, distance from carousel devices, ground equipment and manpower.

Ironically, the Feb. 2 report was written just a week before a group of county politicians returning to Miami endured an hour-long wait for their luggage after it was misplaced at the airport. Commissioner Audrey Edmonson, one of the passengers on the charter plane coming home from a lobbying trip, described her annoyance during the Feb. 11 Trade and Tourism Committee meeting. Other members expressed concern over the incident’s effect on the airport’s reputation.