Advertisement
The Newspaper for the Future of Miami
Connect with us:
Front Page » Profile » Jay Pelham: Seeks to add public focus as new TotalBank president 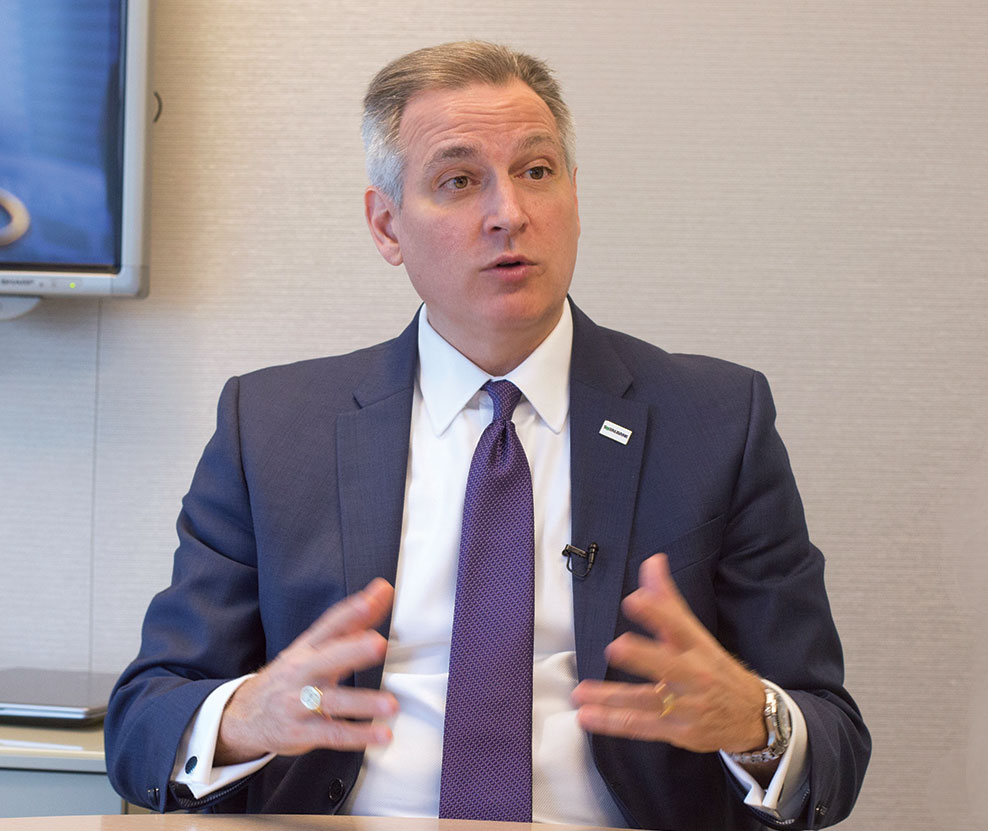 Jay Pelham easily confesses he doesn’t have a traditional business degree and never wanted to be a banker. Upon graduating from college with a bachelor’s in economics, he looked for the longest management program possible and chose one that ran for 18 months at SunTrust (then called Sun Bank), intending to use the time determining the career path he wanted to follow.

It turns out he was in the right place and loved his first foray into a financial services career at SunTrust in commercial lending, later transitioning to private banking in 2000 as the private banking manager for Miami-Dade County, as well as the other positions at institutions such as BankUnited and Gibraltar Private Bank & Trust.

Today, Mr. Pelham is the president of Miami-based TotalBank, the most recent promotion in his banking career in South Florida. He took over the role in January, after serving as the bank’s executive vice president in charge of private clients and wealth management since August 2015.

As president of TotalBank, his duties include direct management for all of its banking centers, private banking group, wealth management group and residential lending, as well as developing and adding new client relationships.

An immediate mission Mr. Pelham identified for his new job is getting out in the community to deliver TotalBank’s message. He said the bank has been – and will continue to be – a consistent contributor to this local economy through loans and supporting community organizations and civic groups.

Throughout his almost three-decade career, Mr. Pelham has devoted many hours of his time to community service, which he said is for altruistic reasons as well as personal development opportunities.

After five years as a board member of HistoryMiami, Mr. Pelham currently serves as its chairman. He said the board members describe themselves  as “the little museum that could” and are making a conscious effort to raise HistoryMiami’s profile so more people come see the exhibits and become engaged with them.