Advertisement
The Newspaper for the Future of Miami
Connect with us:
Front Page » Communities » How Founding Fathers breathed life into US Constitution

How Founding Fathers breathed life into US Constitution 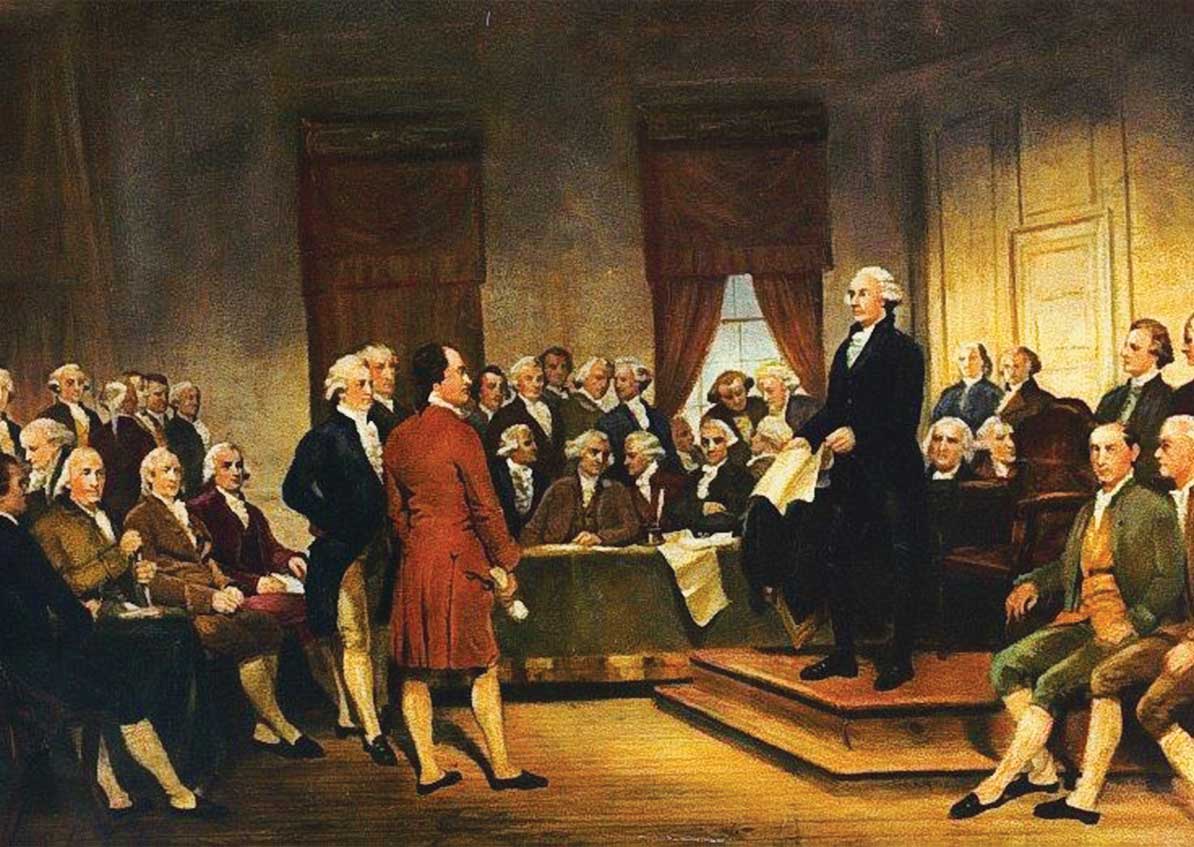 Congressional friction and factions are nothing new. In his new book, “The First Congress: How James Madison, George Washington & a Group of Extraordinary Men Invented the Government,” historian Fergus M. Bordewich gives a lively account of the posturing, shenanigans and backroom deals that “breathed life into the Constitution, established precedents that still guide the nation’s government and set the stage for political battles that continue to be fought out against the political landscape of the 21st century.”

Mr. Bordewich is guest speaker at a Prologue Society luncheon at noon Feb. 24 in the Riviera Country Club, 1155 Blue Road, Coral Gables. The society, dedicated to the appreciation of history, is sponsored by Brickell Bank, Miami Today and Books & Books. (Details: theprologuesociety@gmail.com or 305-323-1154).

When delegates from the 11 original states – North Carolina and Rhode Island had not yet accepted the Constitution – convened in New York in 1789, the nature of the federal government was still a matter of much debate. Members “remained so aggressively partisan on behalf of their sections that their interests seemed close to irreconcilable,” Mr. Bordewich writes.

Self-styled Federalists saw the creation of a strong national government as the Union’s only hope of survival. Anti-Federalists were wary of giving up any of their hard-won independence to an ill-defined central authority.

“Many viewed the president as something close to a monarch and his government as a regime that resembled a royal court,” Mr. Bordewich writes. “Their imaginations strained, often unsuccessfully, to see Washington as something other than an American version of George III.”

High on the agenda was the controversial business of adding amendments to the Constitution, so recently ratified in its original form by representatives of state governments who might balk at revisions.

“Considering the gravity that the first 10 amendments have now acquired,” the author says, “Congress’s debate over ‘that Great and Delicate subject’ was remarkably short, snappish and driven by the politics of the moment rather than by appeals to lofty ideals.”

Perhaps even more pressing was the question of how the new, essentially bankrupt nation would be financed. To most delegates the very idea of debt was anathema. Few had a well-developed grasp of international finance. Alexander Hamilton, who did, faced a difficult task in explaining why more debt was the oil that would keep relations with European creditors lubricated.

“At bottom,” says Mr. Bordewich, “the debate was about the American future and about what kind of nation the United States was going to be, one in which capitalism would be the driving engine of federal policy or whether it would be trumped by a rejection of creative finance and a largely mythical vision of self-sufficient agrarian innocence.”

Fergus M. Bordewich, who holds degrees from the City College of New York and Columbia University, has been an independent historian and writer since the early 1970s. His award-winning books include “The Making of the American Capital,” “Bound for Canaan” – a history of the Underground Railroad – and “America’s Great Debate: Henry Clay, Stephen A. Douglas, and the Compromise That Preserved the Union.” He lives in San Francisco.