Advertisement
The Newspaper for the Future of Miami
Connect with us:
Front Page » Business & Finance » car2go pullout ‘shocked’ city partner 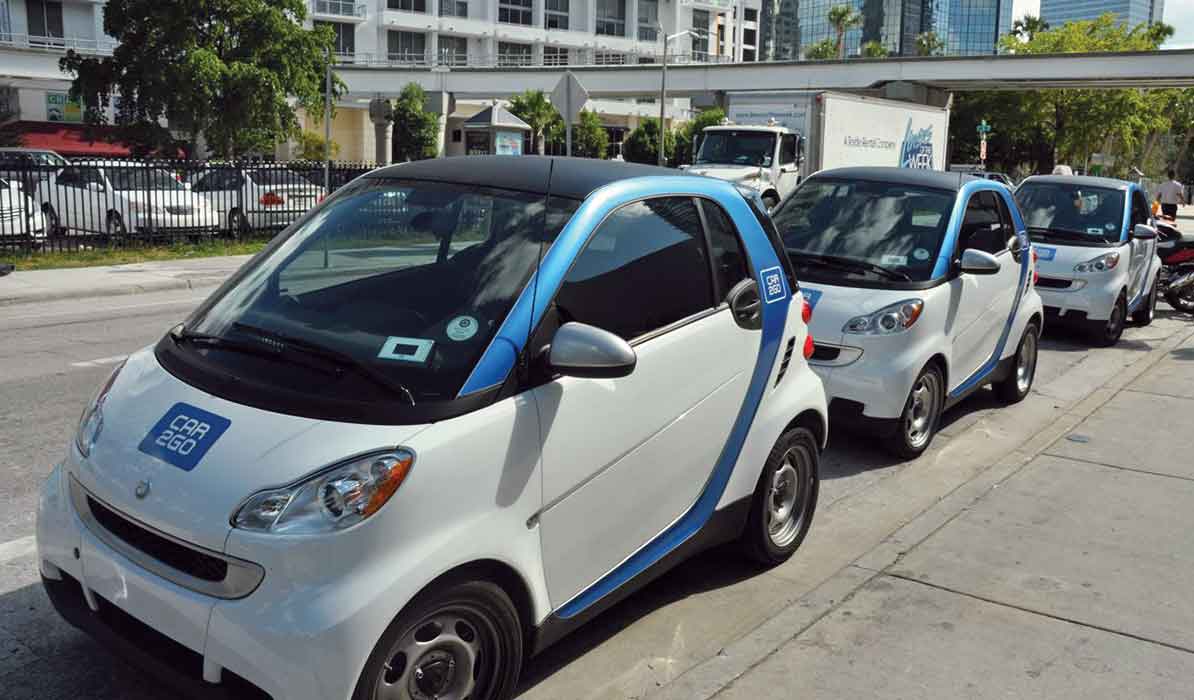 The departure of car-sharing company car2go in Miami and Miami Beach caught many by surprise, including business partner the Miami Parking Authority.

“I was certainly shocked,” Authority CEO Art Noriega said of the January announcement from car2go that it is calling it quits in Miami.

Mr. Noriega was asked about his view of the matter by Stephen Nostrand, acting chairman of the Off-Street Parking Board, during the board’s monthly meeting.

Mr. Noriega explained he was shocked not so much by the news of the departure but “by the timing” of the announcement.

The company told its customers: “We have made the difficult decision to pause car2go service in Miami and Miami Beach effective March 1, 2016. We are forever grateful for the support from our members and the broader Miami community. While we think the Miami community can benefit from the car2go service, Florida’s car-rental tax doesn’t reflect the innovation we bring to the rental car sector, which makes Miami one of the most expensive cities in North America for one-way carsharing. We will continue to operate as normal in both Miami and Miami Beach until March 1st.”

Mr. Noriega said the company had given the parking agency a “heads up” that it was contemplating taking “a different direction.”

“The business needs to be profitable and it was not,” he said. “Ultimately, it was a purely economical decision.”

The car2go program began in Miami as a pilot program in 2012.

The Miami Parking Authority was the first in the US to partner with a car-sharing service.

Users of car2go pay a membership fee and then pay for car use by the minute, hour or day.

As part of the partnership, car2go members can park the cars free in any lot the parking authority controls. Car2go paid in advance to use the parking areas.

The fleet of small Smart cars employed in the car2go service here had grown to 300. The company moved about 100 of the cars to Miami Beach in October.

In a newsletter to its customers, car2go mentioned factors that led to the suspension.

“Since our launch in 2012, we have received strong support from our members in Miami, as well as the broader Miami community – and for that we are incredibly grateful. Together, we’ve been able to explore exciting new ways to help people move throughout urban areas with greater ease.”

The company mentions the state’s rental car tax as having a big role in driving up the cost of business in Miami.

“Other services have also entered the mobility market, and are not subject to this additional tax. This, in part, has contributed to a slower adoption of our service in Miami compared to other car2go cities. As a result, we have decided to suspend operations in the area until car2go’s presence here is better aligned with our mission to provide a sustainable, affordable transit option,” the company said.

Mr. Noriega said he views the move as a suspension of service, leaving the door open for revival of car2go in Miami.

“I don’t want to see this as a permanent departure,” he said.

In the meantime, Mr. Noriega said the authority will focus on other car-sharing services including Zipcar, which also has a contract with the parking agency.

Staff will look into expanding the footprint of Zipcar in the city, he said. The company currently has about 90 vehicles at specific locations throughout Miami and South Miami, near the airport and in more than a half-dozen areas on Miami Beach.

“We’ll pursue every available option,” he said, noting the continued growth of other ride-sharing services like Uber and Lyft.

Mr. Noriega told the board that he sees the authority providing the public with more than parking lots and garages.

“I see us,” he said, “as a transportation organization.”