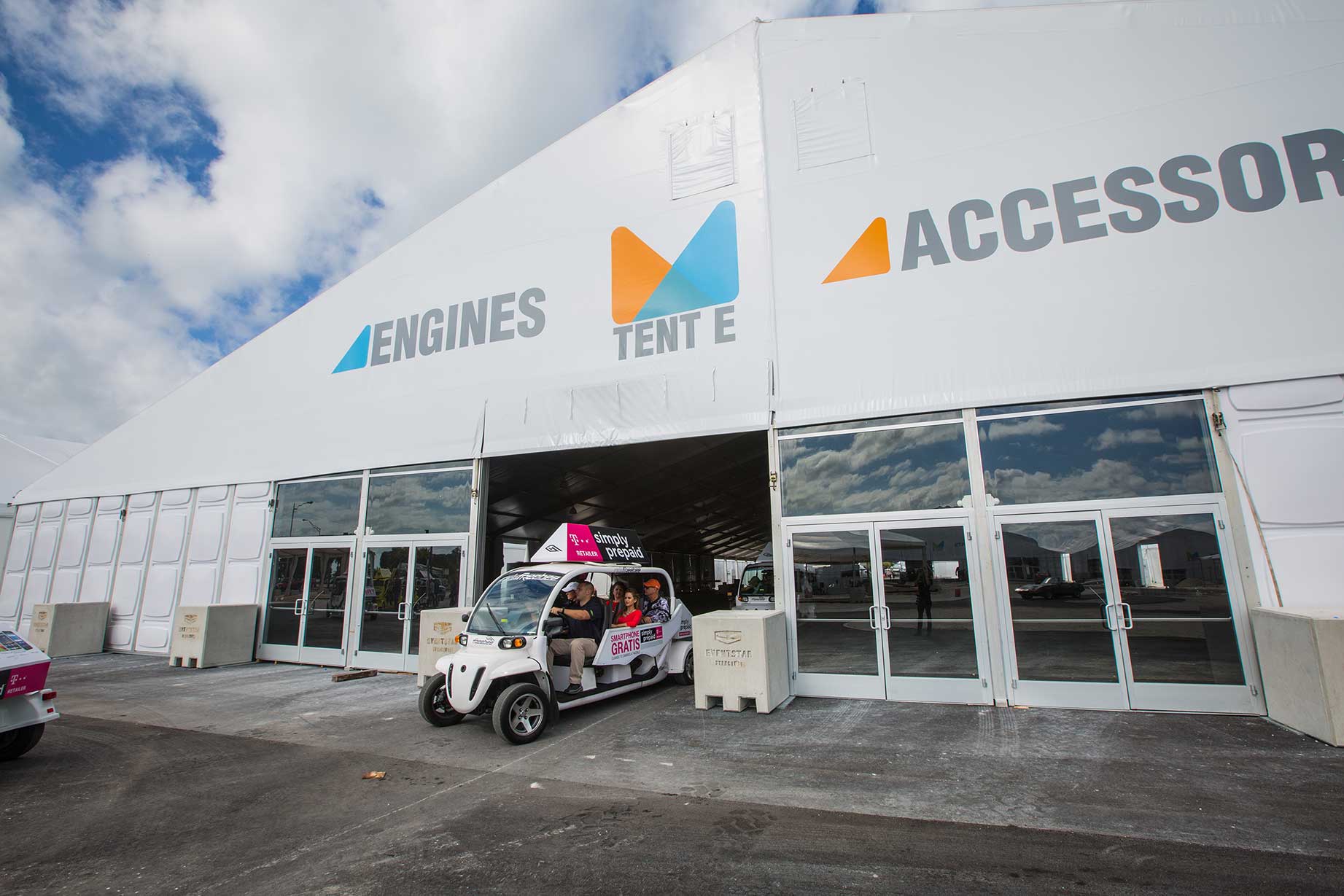 The Miami International Boat Show has claimed its new home on Virginia Key.

This weekend the land and water surrounding Miami Marine Stadium will host thousands of boat enthusiasts at the annual boat show. This is the 75th year for the event, sponsored by Progressive Insurance. A major renovation to the Miami Beach Convention Center motivated the National Marine Manufacturers Association to find a new staging site.

Running today (2/11) through Feb. 15, boats of all shapes and sizes will be showcased under large enclosed tents and along temporary docks in the basin.

Village of Key Biscayne officials have been at odds with the City of Miami for more than a year over plans to relocate the show to city-owned land on Virginia Key, a barrier island linking Key Biscayne to the mainland via the Rickenbacker Causeway.

The city entered into a license agreement with the National Marine Manufacturers Association to stage the 2016 event on land and water surrounding Marine Stadium.

The city allocated more than $20 million to make improvements to the area around the long-idled stadium into a flex park for multiple uses after the boat show.

Village officials and residents don’t want the boat show on Virginia Key, saying it will choke traffic on the causeway, the only access to the village, and endanger wildlife and the environment. Opponents also voice concerns about the city’s future use of the property and waterfront stadium, saying the changes are too intensive.

As for park-and-ride options, the association said pick-up and drop-off points for water taxi and shuttle bus service are throughout Miami and will make getting to and from the show “seamless and fun.”

Attendees can board a water taxi or shuttle bus from mainland hotels, park-and-ride lots, and Metrorail stations in downtown, Brickell and Coconut Grove.

A map showing these options says if you’re coming from the south, park at Dadeland South or Dadeland North and ride the Metrorail to Vizcaya Station for a free shuttle bus to the show.

From the north or south, transfer from the Metrorail to Metromover at Government Center Station and exit at the Knight Center Station, Bayfront Station or College/Bayside Station and walk across the street to pick up a free water taxi or shuttle bus to the show.

The association also arranged with Freebee Miami for the electric cars to transport show patrons in downtown and Brickell to shuttle and water taxi stops. To request rides select the “Take me to the Boat Show” button on the home screen of the Freebee Mobile App.

Free water taxi pickup and drop off points include:

Free Shuttle Bus pickup and drop off points include:

There are 12,000 parking spaces available throughout downtown Miami, seven times more parking spots than the show’s previous location on Miami Beach, according to the association.

Attendees can book parking online and guarantee a parking space by visiting http://www.miamiboatshow.com/parking.

There are 4,000 parking spaces on Virginia Key for exhibitors, VIP and valet.

It promises to be a very busy weekend for the area, with the annual Coconut Grove Arts Festival, and another boat show on Miami Beach and partly on Watson Island.

Transportation will be available from Yachts Miami Beach on Collins Avenue to Deep Harbour on Watson Island.