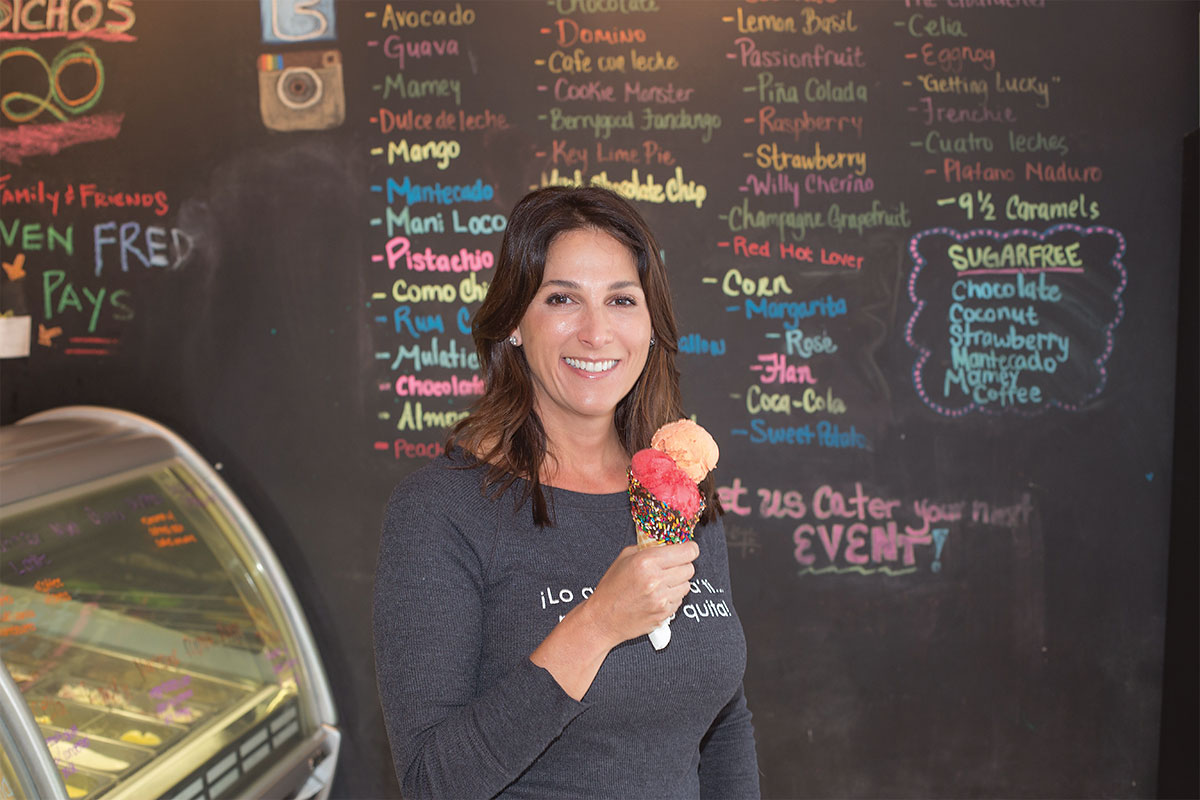 Suzy Batlle didn’t know anything about running a business when she founded Azucar Ice Cream 4½ years ago. But her chosen career as a banker came to an abrupt halt after 20 years when the industry plummeted in 2008. With two children to care for as a single mother, she had to come up with another way to make a living.

Ice cream is a part of Ms. Batlle’s life, centered on her family’s love for one another and close ties. Her grandmother made it in Cuba using the fruits she brought back from Central and South America that she found when traveling with her husband, who was a sugar mill engineer.

Ms. Batlle’s grandmother didn’t continue to make ice cream when she moved to Miami, but the entire family still ate it together every night.

Given her heritage and family time centered on ice cream, Ms. Batlle decided to open her shop in Little Havana – which she describe as more Cuban now than Cuba – and decorate it as authentically as possible with touches like replicas of old Cuban tiles for the floors and seating made from Guayabera shirts.

Little by little, Ms. Batlle learned how many details go into to opening and running a business. She had no idea the permitting process would be so challenging but she changed a space that was once an art gallery into a restaurant, which took nine months to sort out before the shop opened.

Today, Ms. Batlle said, the business is flourishing. She attributes Azucar’s success to its ever-changing flavors. It’s fun, she said, because there are always the staples but mixed in are different ice creams for customers to try, like the one comprised of Guinness beer with chocolate ice cream.

Ms. Batlle is at the shop every single day and said she likely spends 80 hours working each week.

But she’s not alone and depends on her staff of 14, each one of whom she considers family.

It was an unexpected challenge to manage employees when Ms. Batlle first started the business. All of a sudden, she had others working for her and was taken aback by feeling she was in charge of them and pretty much everything else going on in her life. The point at which she really grew, Ms. Batlle said, was when she faced the fact that she was responsible for her own two children as well as the employees who she calls her children at work.

They feel like family now and together are working on selling Azucar ice cream to American Airlines sky chefs along with hotels and area restaurants.