Advertisement
The Newspaper for the Future of Miami
Connect with us:
Front Page » Top Stories » Transportation projects for Miami may provide relief 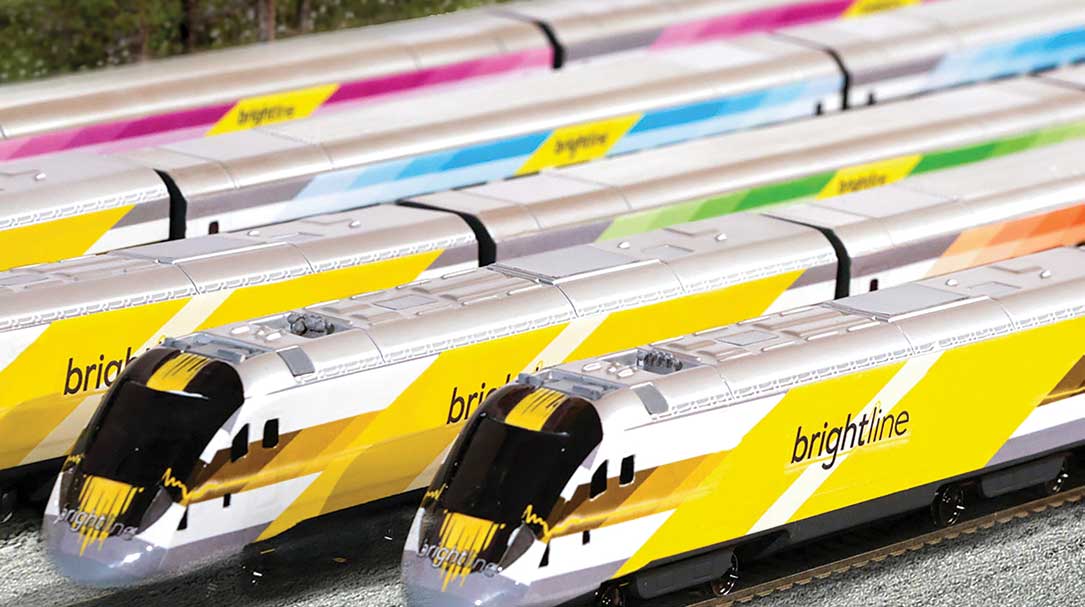 While some transportation projects seem to take an agonizingly long time, several on the horizon could provide relief sooner, observers say.

The technology will send real-time data about buses and rail operations to an operations center and to the public, said Mr. Bierman, who chairs the Greater Miami Chamber of Commerce’s Transportation & Infrastructure Committee.

“This allows passengers to predict when the bus will arrive at the Metrorail station,” he said. The system also transmits a great deal of information to the transit agency, including maintenance records, how much money a particular cash box is carrying and so on, he explained.

Better signalization on the major arterial roads, also slated for this year, should make traffic move more efficiently, he added.

“What I’d like to see happen is us coming closer to providing bus rapid transit dedicated lanes,” Mr. Bierman said. “The buses could move with the speed of a rail system, much faster than traffic, which is extremely important in attracting riders to transit. People who have a choice are not going to use transit unless it’s faster than their own car.

“My own personal hope is to see Baylink get off the ground, which I think will happen,” he said, referring to the link between Miami and Miami Beach. The latter city is soliciting for a private partner that will build the system, provide the rolling cars, finance and operate it, he said, then recoup its investment over time.

“I’m very hopeful that it will work,” he said. “Our agencies have expertise in buses and Metrorail, but when you look at a lot of modern systems, they’re often operated by their builders. It shifts the risk of non-performance to the vendor, who risks contract penalties. It’s a very good model which has been done successfully in other areas.”

Mr. Bierman said he is also watching with interest as All Aboard Florida moves forward with its passenger train service from Miami to Orlando. “That is a very significant thing, not just from a transportation perspective but from the transit-oriented development side. It’s going to be a great hub for downtown. I’m very much looking forward to getting an express bus in Coral Gables to get to All Aboard Florida, then to Orlando for a business meeting or lunch. It’s going to be a game-changer for visitors and for the business community, because it touches four of five major markets in Florida.”

The next part of the story, the expansion of Tri-Rail, will help solve problems along one of the state’s busiest corridors, I-95. “That has the greatest need,” he said. “Wherever you live, you think traffic is worse, but anybody who drives that road knows how painfully slow it is.”

Whether all of the mechanized improvements will make a dent on the county’s gridlocked traffic remains to be seen, but a mental shift is crucial if use of public transportation is to increase, he said.

“Part of the issue here is that there’s a real lack of knowledge about all of the different things available, the different products that are offered. There’s a belief that added knowledge will boost ridership, and that’s really the goal. We are trying to help spread the word in the business community, and I hope to see a greater level of understanding. It’s very important to open people’s eyes to transit.”

While the Miami-Dade Expressway Authority (MDX) has many long-range plans, the ones that will affect drivers most in 2016 focus on State Road 836 (the Dolphin Expressway) and State Road 874 (the Don Shula Expressway).

“The majority of MDX’s work program focuses on four major construction projects,” said Mario Diaz, authority spokesman. “Of the four, three have already begun construction or contracts have been awarded. These projects will continue improvements to state roads 836 and 874.”

On State Road 836, an additional lane will be added between Northwest 17th and 57th avenues, he said. The authority will also eliminate left-side exits and add safety improvements along the corridor. On the Northwest 87th Avenue interchange, improvements will include adding lanes at Northwest 12th Street along with adding additional entrance and exits at to Northwest 84th Avenue.

“These projects will allow for MDX to fortify the median shoulder, which will allow Miami-Dade Transit to operate an express bus service as soon as 2017,” Mr. Diaz said.

“The final project on State Road 836 will be in partnership with the Florida Department of Transportation for improvement of the I-395 corridor. These improvements will eliminate the need to weave through three lanes of traffic” going east from the entrance on Northwest 12th Avenue to go north on I-95.

“Lastly, we are extending State Road 874 to Southwest 128th Street,” Mr. Diaz said. “This will provide a new entrance and exit to the expressway system for the region and help decongest the surrounding streets as motorists try to access the Florida Turnpike via Southwest 152nd Street and Southwest 120th Street.”

Baylink is the project to watch, said Neal Sklar, a construction law attorney and partner in the law firm of Peckar & Abramson. “This is the most significant project in the county, the one that will affect the most people into the future. Both Miami and Miami Beach want it to happen. If everyone could agree it’s the greatest need, it could move forward.”

While most people think the link would help tourists most, locals would also benefit, he said. “There is simply no good way to get from Miami to Miami Beach without a car, and all of the causeways are overtaxed, especially on the weekends and holidays. Baylink is key, and the issues have to be overcome.”

He also hailed the coming of All Aboard Florida as a big step. “It will help cities from downtown Miami to Palm Beach. It’s second only to Baylink in importance.”

Alice Bravo, appointed last year as director of Miami-Dade Transit, is focusing on the rapid improvement of the bus system, Mr. Sklar said. “She realizes that some of these projects take years and years, but improvements to the bus system will have an immediate impact on moving people around and are very important. MDX also has had some exciting projects, including the connection of state roads 826 and 836 to each other and the Florida Turnpike.”

The extension of Amtrak into the Miami Intermodal Center will have a big impact on travelers, he said. That is slated for later this year or early in 2017.

11 Responses to Transportation projects for Miami may provide relief