Advertisement
The Newspaper for the Future of Miami
Connect with us:
Front Page » Communities » Miami Tennis Open claims erroneous use of feudal law 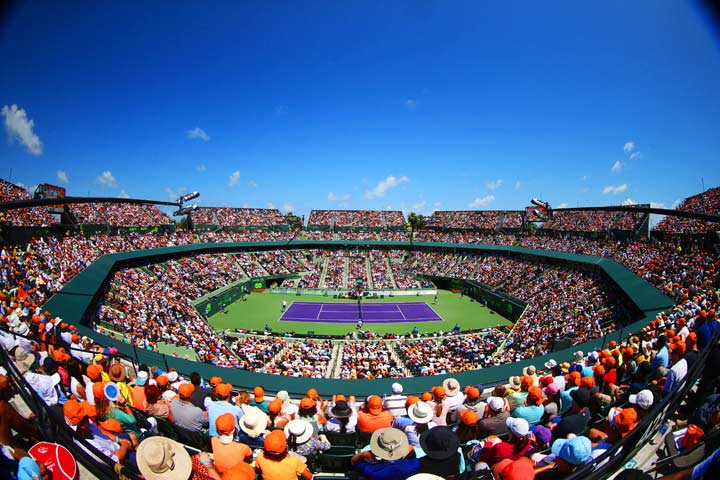 The Miami Tennis Open tournament organizers are once again appealing a court’s decision to uphold the Matheson family’s effort to keep Key Biscayne’s Crandon Park free from further commercial development, claiming the ruling by the trial court, as adopted by the appellate court, in essence used arcane law from feudal England, which the state’s Supreme Court rejected long ago, and thus missed that the family did not give the land away and has no rights to what happens on it.

The trial court’s embrace of feudalism is not an isolated incident, according to attorneys representing International Players Championship (IPC). The trial courts in Miami-Dade County are burdened with “overbearing case loads, little staff, poor facilities and resources,” their Jan. 21 motion for a re-hearing states, which sometimes leads to “grievous errors and poorly researched and reasoned decisions.”

On Dec. 23, the Third District Court of Appeal upheld a lower court’s September ruling made by Judge Marc Schumacher that was in favor of the Matheson family’s opposition to IPC expanding its present stadium and building three more. The three-judge panel did not issue a written opinion outlining reasons for its decision.

At the time of the decision, attorneys for the Matheson family said IPC would probably not be able to appeal again unless it could make a strong case that the three-judge panel should write an opinion. If the appeals court agreed, IPC would then have to show it conflicts with other decisions of the same court or point out conflicts in the law and try to appeal to the state Supreme Court, said Richard Ovelmen of Carlton Fields Jorden Burt PA.

IPC is taking that route. Last week, attorneys for the tournament organizer filed a motion with the appeals court asking for a written opinion on grounds that neither Bruce Matheson nor any member of his family owns any interest in the land on which the tennis center sits that would have allowed them to amend the 1940 deed to the county and its restrictive covenants.

The court mistakenly came to its conclusion that has its origin in feudal 13th century England, which conflicts with existing Florida Supreme Court precedent and law from other districts, according to IPC’s attorneys at Stearns, Weaver Miller Weissler Alhadeff & Sitterson PA.

The Mathesons deeded the property to the county in 1940 for the public to use as a park.

IPC also states that the court’s decision without a written opinion compounds the problems the county’s trial courts suffer.

Gene Stearns, one of IPC’s attorneys, claims the Matheson family did not actually give the park land to Miami-Dade, affecting the family’s ability to have a say in what happened to the park. Nonetheless, in 1993 the parties, including the tournament organizer, agreed on a master plan to govern the use of the land for the tennis tournament.

Despite the master plan’s dictates that the 32-acre Crandon Tennis Center park remain as it is, Mr. Stearns said the family has no say in whether there’s further commercial development on the site.

“There was no Matheson family gift to the county of Crandon Park,” he wrote in a letter to Miami Today’s editor. “The control Bruce Matheson has been given over this vital public land is a testimonial to the incompetence of county government. No Matheson inherited any rights whatsoever to any interests in the land on which the tennis center sits.”

In 1940, three parcels of land were sold to the county to allow the three sellers, real estate developers, to maximize the value of their island properties that otherwise had no real value, Mr. Stearns said. “That required access to the mainland. The county agreed to build a [Department of Transportation] standard four-lane highway, all the way to and through the island, ending at the Pines Canal, to allow the three sellers to make a big profit – which they did.”

It was a classic quid pro quo, he said. “When you trade a car for a new one, are you donating the old one to the dealer?”

There is no shame in being a developer – that is what the three Mathesons were, Mr. Stearns wrote. “There should be shame in continuing to peddle what is a bald-faced lie.”

Whatever “the perceived lofty goal, turning over public land to private interests is horrific public policy and the decision of the Third District to diss the important issues in this case is disturbing,” he wrote.

Mr. Stearns claims more than 60% of the cases decided in the Third District these days are issued without an opinion.

“The Marlins Stadium litigation ended that way. Now this case has ended that way,” he wrote. “Anyone who cares about the system of justice should be alarmed at that statistic as the trial courts are working with few resources, in broken down offices and no staff. The probability that mistakes will be made in those conditions is virtually 100%.”