Advertisement
The Newspaper for the Future of Miami
Connect with us:
Front Page » Business & Finance » Downtown Miami residential, retail strong 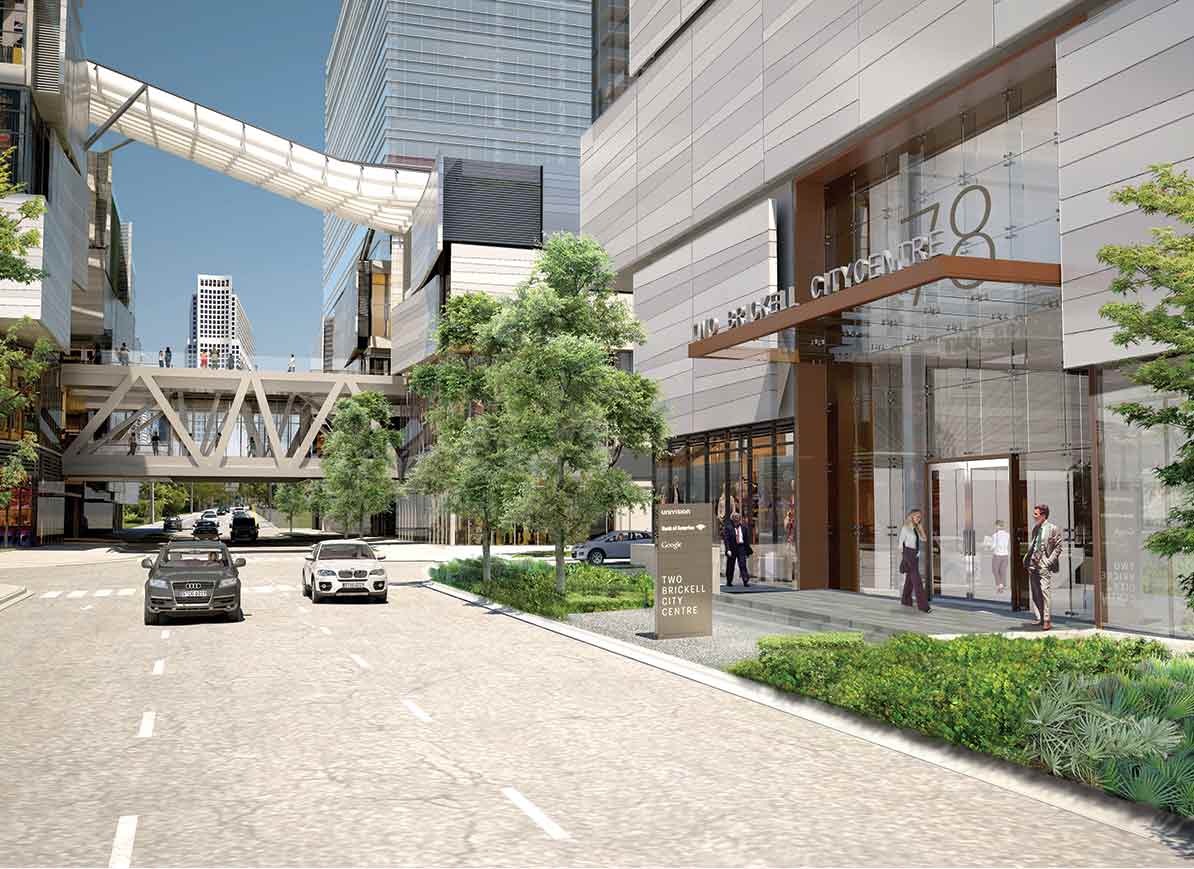 “The office market has tightened,” said Jeff Morris, JLL managing director of the Capital Markets Group. “Downtown rents don’t support new construction,” because land and construction costs are so high, and a developer must be able to command rents north of $60 per square foot to justify the expense of building. “It’s a big proposition, a lot of money and a lot of risk.”

Brickell City Centre, where two buildings will be delivered this year – one of which is almost fully leased – is the exception and took many years ago to conceive and build, Mr. Morris said. The next office phase won’t be delivered until 2020 or later, he added.

Two or three buildings will change hands during the year, he predicts. “There are only a handful of large opportunities every year. City Centre is a big thing for downtown, and condo starts have slowed. Developers are going to take a breath and see how existing inventory will be absorbed. Rents will continue to go up.”

But the news isn’t all bad. After New York, Boston and Washington, DC, on the East Coast and Los Angeles and San Francisco on the West Coast, Miami is the country’s most in-demand office market, he said. “Miami is where everyone wants to be. But construction is a long process, so there won’t be anything new downtown this year that’s not under construction right now.”

On the retail front, things look brighter, said Anthony M. Graziano, senior managing director of Integra Realty Resources Inc. In a presentation to Miami’s Downtown Development Authority Jan. 15, he said 30% of tourists to Miami visit downtown every year, and that should increase when SkyRise Miami is built.

The 1,000-foot tower, which is to rise next to Bayside Marketplace, will offer entertainment and dining venues, observation galleries and extreme activities such as controlled bungee jumps from 486 and 590 feet. Its developer says the attraction will bring in 3.2 million visitors per year. SkyRise might even prove to be a draw with locals, as it’s being touted as “the Eiffel Tower of Miami.”

“When you have events downtown, that tends to get the locals comfortable with coming here.” And those visitors spend, Mr. Graziano said. While he conceded that the need for new office space is crucial, downtown’s residential towers are filling, which keeps demand for retail strong. “The drivers are very good,” he said.

“After years of planning, the pieces are finally coming together to create a livable and sustainable urban core,” said Alyce Robertson, the downtown authority’s executive director. “No longer is Miami simply known as a place for surf and sun, but rather a cultural and economic epicenter for the world. This trend should continue as new product delivers, global retail and hotel brands claim their stake in our market and major infrastructure projects come to fruition.”