Advertisement
The Newspaper for the Future of Miami
Connect with us:
Front Page » Top Stories » Miami International Airport slips in on-time flights 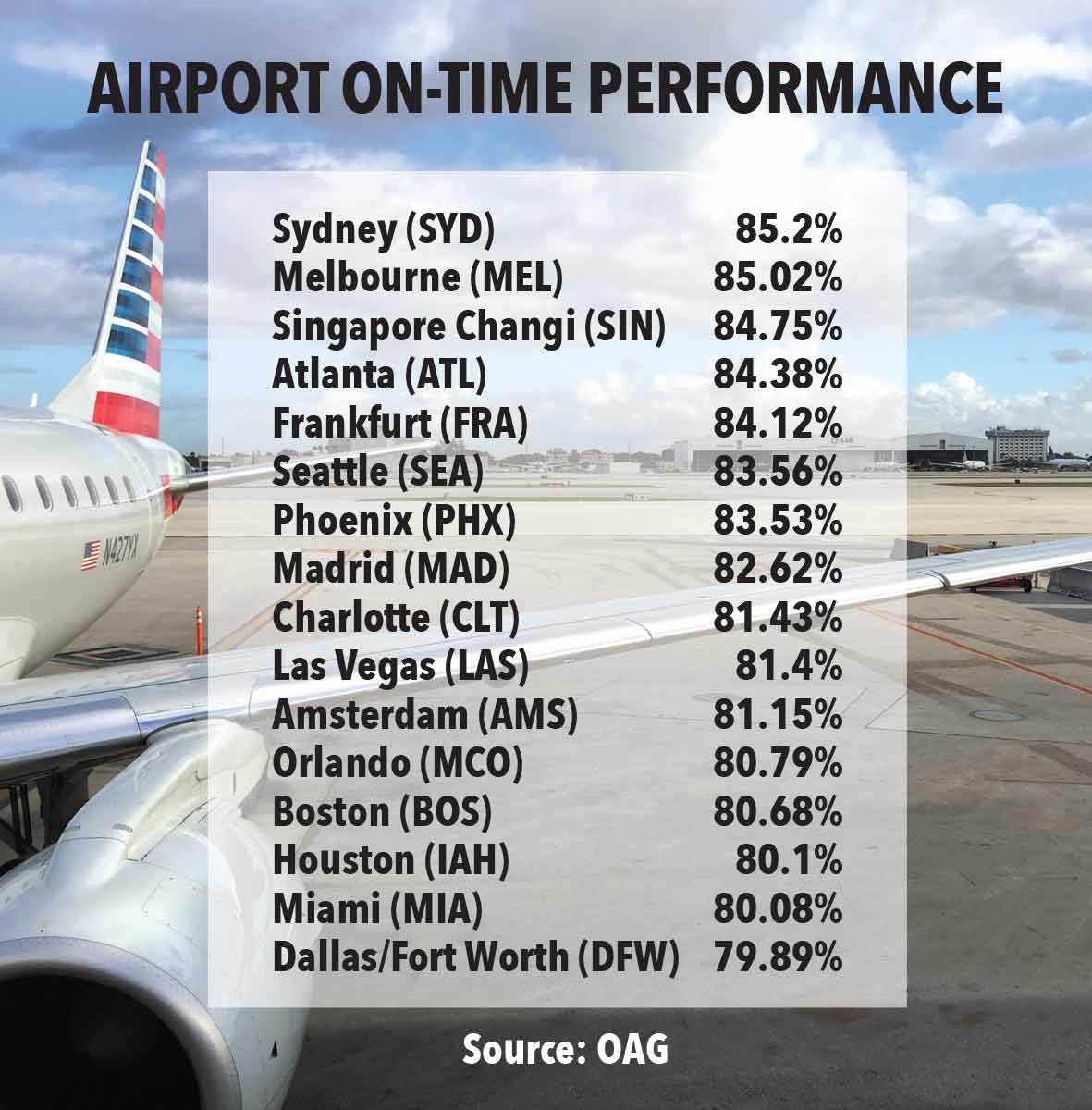 Miami International Airport slipped to No. 19 in 2015 from No. 9 the previous year in on-time performance among the top 20 large airports in OAG’s Punctuality League. The UK-based OAG, formerly called Official Airlines Guide, reports annually on the promptness of incoming and outgoing flights at airports around the world.

“The top 20 large airports,” OAG reports, “on average ensured that 83.3% of arriving and departing flights were within 15 minutes of their scheduled arrival and departure times in 2015.” Over the course of last year, flights in and out of Miam International met this standard 80.08% of the time, a bit lower than the 83.2% on-time rating it achieved in 2014. Highest marks for punctuality went to Tokyo Haneda, at 91.25% the only airport in the world with an average on-time performance score higher than 90%.

Miami International doesn’t have much influence over the punctuality of flights arriving and departing on its runways, says Gregory Chin, spokesperson for Miami-Dade County’s Department of Aviation.

“The majority of the factors that determine on-time performance are related to airline and FAA operations and weather, which are out of our control,” he said.

OAG concedes in its report that megahub airports – defined as those offering the highest levels of connectivity – “are more dependent on the performance of arrivals into the hub and more likely to experience the cascading effect of delays.”

Performance statistics for US airports published in the US Bureau of Transportation’s monthly Air Travel Consumer Reports show that MIA achieved its best on-time performance levels of 2015 during October and November – the most recent reports currently available. Arrivals at MIA in October were on schedule 87.6% of the time, and 85.9% of departures were timely. In November 85.44% of arrivals and 82.56% of departures were punctual.

The Air Travel Consumer Reports, which broke down on-time performance scores by the hour, also showed that flights in and out of MIA in the early morning hours consistently scored over 90% in punctuality but gradually slipped over the course of the day, apparently a victim of what OAG calls “the cascading effect of delays.”