Advertisement
The Newspaper for the Future of Miami
Connect with us:
Front Page » Government » Hold PortMiami land, Mayor says 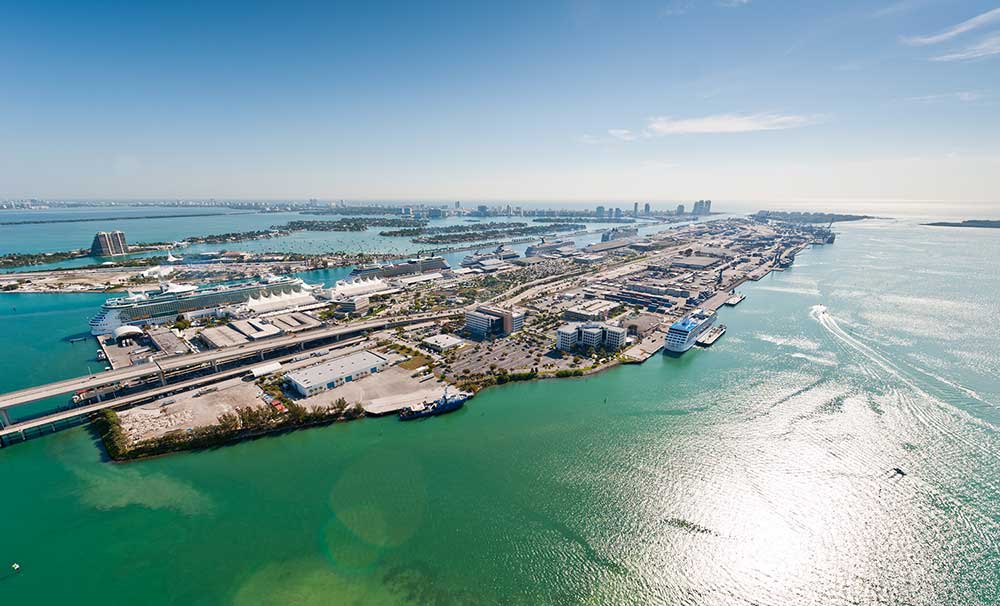 Mayor Carlos Gimenez says since we can’t foresee the best use of valuable PortMiami land in coming years, it’s most responsible to hold bare land unused for a while.

After speaking with port officials, he told Miami Today on Tuesday, he realized there was no reason to negotiate with Miami officials about city deed restrictions on port land during a Jan. 5 meeting.

Instead, after learning that Port Director Juan Kuryla and Deputy Director Kevin Lynskey advised the port’s 36-acre southwest corner remain untouched until a use can be found to enhance port operations, Mr. Gimenez told Miami City Manager Daniel Alfonso and city attorneys that the county won’t pursue commercial development proposed there but only ventures tied directly to maritime use.

“We don’t know what the future holds,” the mayor said Tuesday. “The best use is to keep [the corner] as it currently is for future expansion that we may not know today will be necessary.”

The county and its port officials need to see results of the Panama Canal’s expansion, Mr. Gimenez said, and discuss ideas the port’s partners have for developing the coveted corner. “We have to first determine if the large ships coming in post-Panama Canal expansion will have an impact on our seaport,” he said. “We’ll need to conduct a study of these factors and then decide what’s best for PortMiami.”

A 2011 plan describing potential uses came when the port needed money and was about to issue new debt, Mr. Kuryla said. “Now, we don’t need the revenue to cover debt,” he said Tuesday. Between 2010 and 2013, port revenue soared 31%, he said, while expenses rose far more slowly.

Since the corner’s development is no longer vital for revenue, Mr. Gimenez said, “the prudent course is to hold it for a while until we know the best port use for the future.”

PortMiami doesn’t generate property taxes, the mayor said, but does support 200,000 jobs. “Along with our airport, the seaport is one of our biggest economic engines, so it’s important to manage it properly.”

Mr. Gimenez said reports of a ferry service between Miami and Cuba from PortMiami were premature. “That’s an example of a port use, but I’m not saying a ferry is the best one,” he said. “We have no plans to issue proposals for interest, but that does not mean in the future it might not happen.”

Mr. Kuryla said he’s received inquiries from firms in the past year that have licenses to operate ferries. A few, he said, have proposed service from the seaport but haven’t submitted plans.

Ferry service would require infrastructure work on the southwest corner along with studies of environmental impacts of the needed dredging. If a ferry terminal turns out to be a viable land use, Mr. Gimenez said, the line would decide where ferries would travel.

He acknowledged that a few commissioners have voiced desire to examine proposed commercial uses of the valuable port land despite the possibility of litigation.

The mayor said that “if the commission decides something else [contrary to sticking with maritime use], I’ll have to have negotiating meetings with the City of Miami.”