Advertisement
The Newspaper for the Future of Miami
Connect with us:
Front Page » Business & Finance » Banking industry has yet to see all Dodd-Frank has to offer 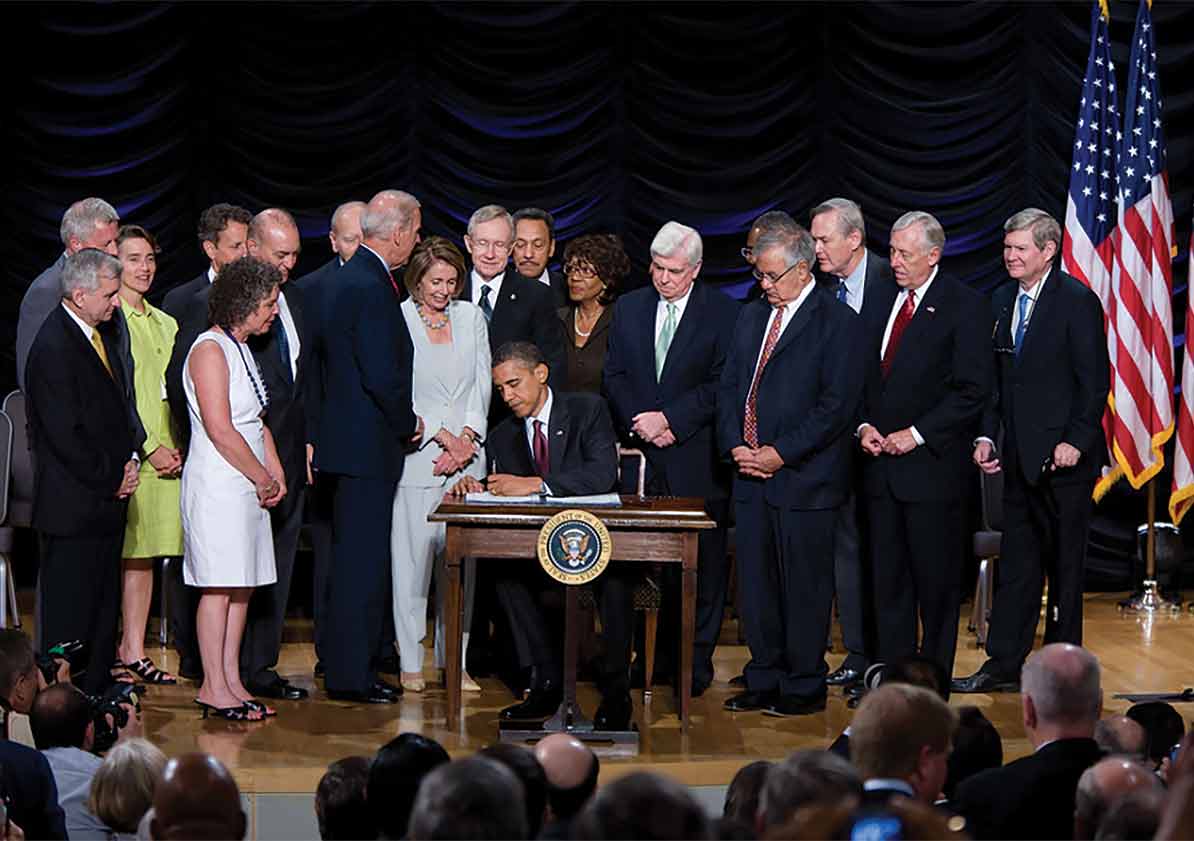 Rest assured, experts say, the banking industry has yet to see all that Dodd-Frank has to offer.

The 2010 law has strung banks along a regulatory rollercoaster for five years, paving the way for new agencies and requirements that changed the way the nation’s banks operated. This year, more regulations are expected from the five-year-old law.

As much as 40% of the regulations are still unwritten, said Alex Sanchez, president and CEO of the Florida Bankers Association.

The 2010 reform aimed to overhaul a heavily bruised industry after the financial crisis of 2008, yet the law has spurred debate from both sides of the political spectrum.

The Consumer Financial Protection Bureau, the agency created to protect consumers in the wake of the financial meltdown, is now operating in full swing. Its enforcement activity has reportedly provided relief to 17 million consumers – a total of $10.1 billion.

In fall 2015, the bureau further upgraded consumer protection with TILA-RESPA Integrated Disclosure, which shook up the mortgage-lending arena. The new law aims to better educate consumers on the terms of their mortgages before they close to prevent what happened during the last housing boom, when borrowers signed loan agreements they didn’t fully understand.

Although a number of deals were delayed in Miami’s residential market due to the new regulation, brokers and lenders alike said the industry was somewhat prepared and things were running smoother than expected.

Dennis Campbell, managing partner at Campbell Law Firm, pointed to an issue South Florida may want to keep an eye on next year: the Servicemembers Civil Relief Act. The law protects service members from predatory lending and from losing their homes while on active duty. Because of the number of service members residing in Homestead, any changes to the law might be significant, Mr. Campbell said.

While the consumer protection aspect of Dodd-Frank is applauded, critics say new regulations, such as the new mortgage disclosure law, pose yet another burden on banks.

Dodd-Frank is “imposing a high cost of compliance, which then impacts loans and the resources that our hometown banks need to have to make sure the community they serve are economically strong,” Mr. Sanchez said.

The Main Street bank is suffering the most, local community bankers say. With compliance costs at an all-time-high, the smaller banks report they’re struggling to keep up.

“Every bank has been impacted by capital requirements,” Mr. Campbell said. “Banks that don’t have adequate capital are either liquidated or forced to merge with somebody else.”

A move for relief came this summer, when Republican Sen. Richard C. Shelby introduced the Financial Regulatory Improvement Act of 2015, which would ease regulations on smaller banks, increase congressional scrutiny of the Federal Reserve and also give bigger banks a chance to cut compliance costs.

Another move came in September, when the Federal Financial Institutions Examinations Council announced it was seeking public comment on how to simplify reporting requirements for community banks.

But when Congress adopted its $1.1 trillion spending bill in December, Democrats rejected all riders attached to the bill that would scale back Dodd-Frank regulations.

“We need Dodd-Frank reform, and this Congress failed to pass [that] reform,” Mr. Sanchez said. He said he will continue to push for relief on smaller banks this year, but until that relief arrives, banks should brace for “more rules and more regulations.”