Advertisement
The Newspaper for the Future of Miami
Connect with us:
Front Page » Top Stories » Court slams Miami Open’s bid to expand 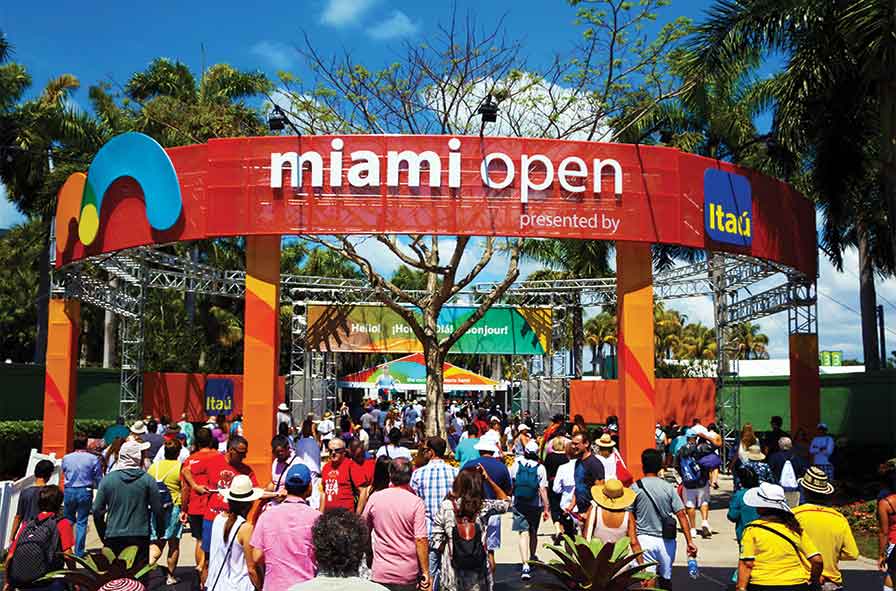 Litigation concerning control of Key Biscayne’s Crandon Park, where the Miami Open tennis tournament has been played since 1987, is finished now that the Third District Court of Appeal upheld a lower court’s ruling in favor of the Matheson family’s effort to keep the site free from further development.

Last week a three-judge panel denied an appeal by tournament organizer International Players Championship, which sought to reverse Judge Marc Schumacher’s September ruling in favor of the family’s desire that the park remain as it is. The tournament organizer has repeatedly maintained that one permanent stadium isn’t enough to keep the Miami Open going and wanted to expand that stadium as well as build three more.

The tournament has drawn large crowds to Key Biscayne since it moved to the island almost three decades ago. It’s a top-tier event, one step below the Grand Slam tournaments, and showcased world-renowned talent such as Serena Williams, Carla Suarez, Novak Djokovic and Andy Murray during the March 24-April 5, 2015, tournament. Players have praised the crowds in recent years, saying they are much more emotional than at venues such as Indian Wells, where there are greater numbers.

In May, tournament director Adam Barrett wrote Mayor Carlos Gimenez to report what he said is the “potential extinction of the Miami Open as we know it” and asked that county lawyers consider “the return of public control” of Crandon Park when they wrote their reply brief to the tournament organizer’s appeal.

In his letter, Mr. Barrett described the tournament’s success and anticipation that final numbers would show it drew an attendance of more than 300,000 patrons, one in five a visitor from another country. With more than 15,000 room nights booked directly through the tournament in local hotels, he estimated the Miami Open’s overall economic impact at nearly $390 million just for 2015.

Mr. Barrett’s office is closed until Jan. 4 so he was unable to be reached for comment on the decision by the Third District Court of Appeal.

It’s been a lengthy, losing battle for International Players Championship. In April 2014, the tournament organizer filed a seven-count lawsuit against Miami-Dade County and the Matheson family – which donated the land for Crandon Park in 1940 – claiming they had committed “fraud upon the court” in a 1993 settlement that created the Crandon Park Master Plan, which protects the 32-acre Crandon Tennis Center from further commercial development.

Judge Schumacher derailed the tennis organization’s theory that earlier agreements were invalid, essentially forcing International Players Championship to comply with what they had signed.

The tournament organizer’s appeal brief, prepared by attorneys at Stearns, Weaver Miller Weissler Alhadeff & Sitterson PA, stated that International Players Championship should have been granted summary judgment in its favor and that the judge’s rulings were unlawful in that they effectively granted family member Bruce Matheson control of Crandon Park, preventing the tournament organizer from amending the master plan.

On Dec. 9, lawyers representing both sides gave oral arguments in the Third District Court of Appeal.

The Dec. 23 decision by the Third District Court of Appeal was what he expected, said attorney Richard Ovelmen of Carlton Fields Jorden Burt PA, who was a member of the team representing the Matheson family. His clients are grateful for the ruling, he told Miami Today, because it protects the park and makes firm that the settlements are binding.

Mr. Ovelmen said the recent decision maintains four levels of protection that the tournament organizer was attempting to invalidate: the settlement agreement of 1993, the master plan to govern the park, the restrictive covenant running with the recorded master plan, and the final binding judgment of the circuit court, which adopted all of it.

What the court’s affirmation of Judge Schumacher’s ruling means, Mr. Ovelmen said, is the tennis tournament organizer faces an uphill and likely losing battle for any further appeal.

International Players Championship could file a motion for a re-hearing, but Mr. Ovelmen said they’d have to show that the court overlooked something, which is difficult to do without a written opinion.

The tennis tournament organizer could also ask that the three-judge panel write an opinion detailing the reasons for its decision in order to show it conflicts with other panel decisions of the same court, or point out conflicts in the law and try to appeal to the state Supreme Court.

However, Mr. Ovelmen said, the attorneys must prove they have a good reason for asking that an opinion be written.

Attorneys representing International Players Championship did not respond to requests for comment on the decision or their client’s plans going forward.

The Matheson family has another case pending in the Third District Court of Appeal. Mr. Matheson sued the county over a 2012 referendum to garner support for the tournament expansion based on his claim that the ballot did not tell the voters the expansion was prohibited.

Moreover, he said, the referendum did not tell the voters that the expansion would require the county to pay the International Players Championship $1.8 million a year to take over management of the public tennis court; pay $1 million a year to a capital improvement fund for 14 years; pay up to $8 million in environmental remediation; and would excuse the tournament organizer from its obligation to pay 10% of its revenues to Miami-Dade to support Crandon Park.

Mr. Ovelmen said the decision in that case has been pending for 200 days, a span he finds positive because it “suggests that they’re carefully considering it.”