Advertisement
The Newspaper for the Future of Miami
Connect with us:
Front Page » Communities » Virginia Key guardians face city vote 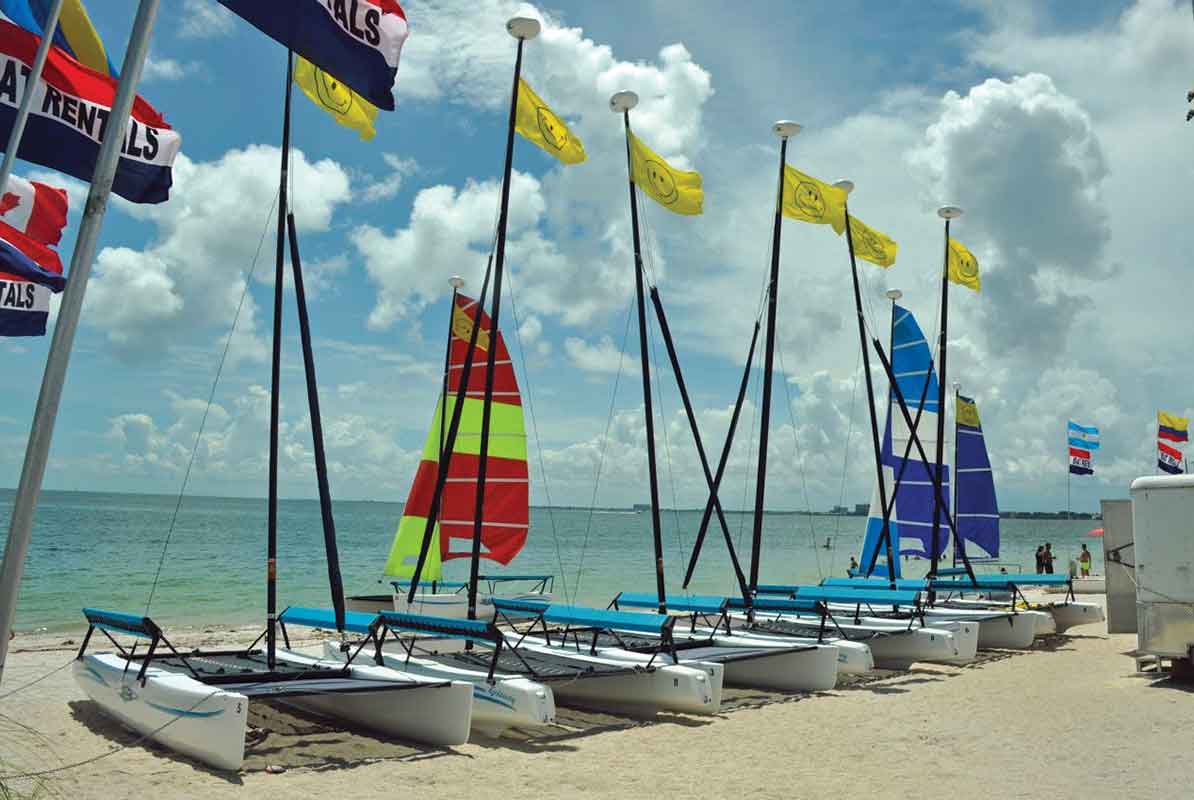 Five years after it was first recommended, the City of Miami is one vote away from creating an advisory group to help steer the future of Virginia Key.

The fate of the barrier island has been a hot topic of late, as the city sinks millions into improvements for a flex park surrounding the long-idled Miami Marine Stadium. The park is part of the outcome of a deal the city commission made to bring the Miami International Boat Show to Virginia Key, beginning with the February 2016 event.

The Village of Key Biscayne continues to fight to keep the boat show away, both in court and on the street. Village officials and residents aren’t too happy with the flex park either, fearing it sets the stage for over-use of the island, which links Key Biscayne to the mainland via the Rickenbacker Causeway.

Opponents of the boat show and those who fear over development on Virginia Key are worried traffic congestion could reach a critical stage.

City leaders said it was the boat show proposal that led to the resurrection of the Virginia Key 2010 Master Plan.

At its December meeting, the city commission unanimously approved the first reading of an ordinance to create the Virginia Key Advisory Board.

The sponsor of the legislation, Commissioner Francis Suarez, said creation of an advisory body seeks to finish a process started a long time ago.

It helps fulfill the goals in the 2010 master plan, said Mr. Suarez.

The advisory board will “have a voice” in the future of “our jewel – which is Virginia Key,” he said.

Mr. Suarez said marine stadium and the property that surrounds it are regional assets, and the proposed advisory board will have a place for neighboring Key Biscayne.

Creation of the advisory board took a backseat earlier this year when the boat show deal led to litigation and hours of unsuccessful settlement negotiations.

The advisory board proposal is “sort of an olive branch to Key Biscayne,” said Mr. Suarez.

He stressed that the ordinance creating the new board is “a work in progress,” with some modifications coming in even before the first vote. The original draft called it the Virginia Key Steering Committee, for example.

The board would also be required to report on its activities to the public and the city commission yearly.

Gregory W. Bush, University of Miami associate professor of history and vice president of the Urban Environment League, extended a robust thank you to commissioners for moving ahead with an advisory board for Virginia Key.

“This has been a long time coming,” he said, “and is a good step for the city and for Key Biscayne.

Mr. Bush reminded city leaders that the Urban Environment League fought against too much commercial development of the key as far back as 1999, and “we pushed for a master plan.”

Community activist and recent unsuccessful commission candidate Grace Solares thanked Mr. Suarez for the legislation creating the new board, and she offered suggested changes to the wording.

Ms. Solares said the city charter allows only the city commission to make appointments to city advisory bodies, so the ordinance should be changed to say the Village of Key Biscayne and other non-city entities may “designate” or “assign” members to the advisory board.

Mr. Suarez acknowledged her suggested tweaks and said all modifications would be made prior to the final vote.

As initially written, the board would consist of 11 unpaid voting members.

The commissioner of District 2 would appoint one person, as the island is in District 2.

The city commission would appoint a member of a county-based, non-profit environmental preservation group, the first draft said.

The commission could remove any member by majority vote.

Peter Ehrlich of the group Scenic Miami also spoke in favor of the board, but suggested instead of an appointee representing the Friends of Marine Stadium group that the commission appoint the city’s director of parks and recreation.

“I agree… no commercial signage. I would hope that’s a no brainer,” responded Mr. Suarez.

Commission Chair Wifredo “Willy” Gort said the Friends organization is made up of “very good people” who have worked hard toward restoration of Marine Stadium, abandoned since Hurricane Andrew in 1992.

Friends co-founder Don Worth said he was pleased to support the advisory board, and said it is an excellent plan that will focus on the sustainability of the stadium.

“I happen to favor the boat show” coming to the island, Mr. Worth said, but said he understands the fear of some that it will become a year-around event space.

“Pay attention to the master plan,” Mr. Worth told commissioners.

Elvis Cruz, another community advocate, suggested expanding membership on the advisory board to include people representing motorboat users.

Mr. Cruz said the basin at the foot of the stadium was created for hydroplane races. Later the basin attracted water skiers, “but they’re now chased away,” he said.

The site also had a public boat ramp, he said, and he’s hopeful another boat ramp is opened to the public.

Mr. Gort emphasized that it is a major goal of the administration to see that Marine Stadium is restored and reopened.

“Never get away from that,” he said.

“I feel we are closer than ever before to taking the next step and getting the stadium restored,” said Mr. Suarez.

The city is spending more than $20 million to improve the area around the stadium into a flex park for multiple uses after the boat show. This money doesn’t include work on the stadium itself.

Newly-elected District 2 Commissioner Ken Russell praised the proposed advisory board and said it should have been created long ago.

City Manager Daniel Alfonso said, “We are interested in bringing the stadium back.” He said they will seek additional funds for design work to restore the stadium.

Mr. Alfonso said the advisory board can play a key role in how to shape a request for proposals to run a reopened stadium and “how we fund it,” suggesting it could be a public-private partnership.

The proposed advisory board would “advise and make recommendations to the city commission regarding the mission, vision, business plan, governance, and operation of Virginia Key, its abutting property and basin, and implementation of the Virginia Key 2010 Master Plan,” according to the legislation.

The city seeks a unified planning mechanism for the entire island of Virginia Key implementing the many elements of the 2010 Master Plan, it says.

The ordinance states that Marine Stadium is of great architectural merit, has received international recognition for its design and is designated as a historic resource.

“The city and others are interested in developing a long range plan for the restoration, reopening, and promotion of Miami Marine Stadium and Virginia Key,” the legislation says.

The new board would be asked to:

•Seek the best mode of governance for Virginia Key.

•Consider the short- and long-term vision for Marine Stadium restoration, development and use.

•Oversee and guide all island-wide land following the 2010 Master Plan.

•Consider the best business model for the Marine Stadium to operate sustainably so that it would function like an enterprise fund without city subsidy.

•Advise the city commission and recommend any changes and help the city better promote the Marine Stadium and Virginia Key.

All board meetings would be public, and the public would be encouraged to submit oral and written comments.

The final vote on the advisory board is expected soon after the first of the year.