Advertisement
The Newspaper for the Future of Miami
Connect with us:
Front Page » Real Estate » Project for vacant port land on fast track? 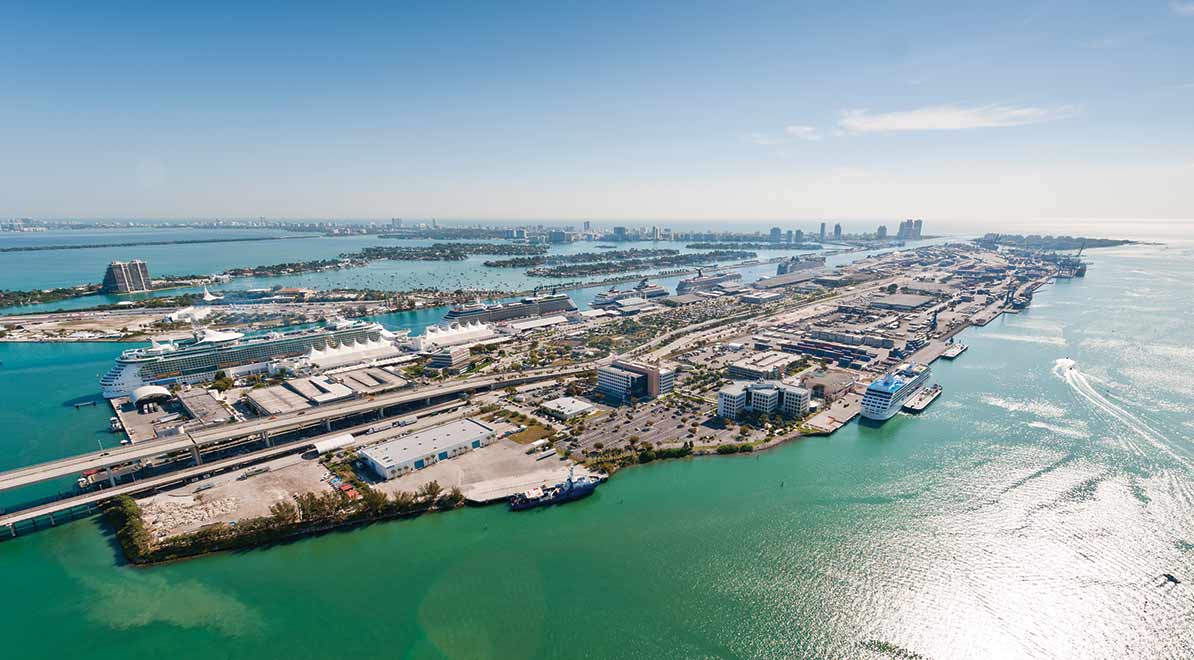 A campaign by Miami’s Downtown Development Authority to block any competing use on the county-owned southwest corner of Dodge Island, near PortMiami, seems to be gaining traction.

Ken Russell, new authority chair and Miami commissioner, told the authority’s board on Friday that he had met with county Mayor Carlos Gimenez to discuss new ideas for the 17-acre tract of developable land, which has sat idle for at least several years.

“It seems to be on a fast track, so the mayor’s office reached out to us,” Mr. Russell explained. “Reading between the lines, they seem to be asking what it would take to for us to agree for something to be put there.”

A convention center has been proposed but Miami Mayor “Tomás Regalado vehemently rejects anything that would compete with downtown,” Mr. Russell said, referring to Miami’s mayor.

“We can’t have anything there that would cannibalize downtown,” said authority vice chair Neisen Kasdin, who is office-managing shareholder of the Akerman law firm.

Because of a reverter clause in the agreement the county signed with the City of Miami when the city handed over the port land decades ago, any use for the tract must be marine-related.

A ferry service to and from Cuba would satisfy that requirement and could be very successful, suggested board member Rolando Montoya. It would also take advantage of interest in the island, which peaked when the US government announced a thawing of relations. “We never had ferry service from Miami to Cuba before,” said Dr. Montoya, who is provost of Miami Dade College.

Authority members have long objected to office space, hotels, retail or any use that would duplicate what’s offered downtown. They backed a plan by a group of investors led by former British star David Beckham to put a soccer stadium there, but the deal fell apart.

In August, MITC-2015 approached County Commissioner Bruno Barreiro, in whose district the port lies, with plans to put a $240 million maritime center on 8.69 acres there, but the county’s Trade and Tourism Committee refused to endorse the plan, saying the competitive bid process had not been followed.

Estimates were that the project would pump $56 million into county coffers in lease payments and taxes over 10 years. Mr. Barreiro, who also is a member of the downtown authority, said at that time that the overall economic impact would be $700 million to the county as a whole, including 5,700 new jobs for residents.

The Trade and Tourism Committee refused to recommend the MITC2015 proposal, but said it would start an “expedited” competitive process that would include it and any other proposals. It also asked the county’s legal department for clarification on the port land reverter clause.