Advertisement
The Newspaper for the Future of Miami
Connect with us:
Front Page » Transportation » Tri-Rail’s missing links downtown 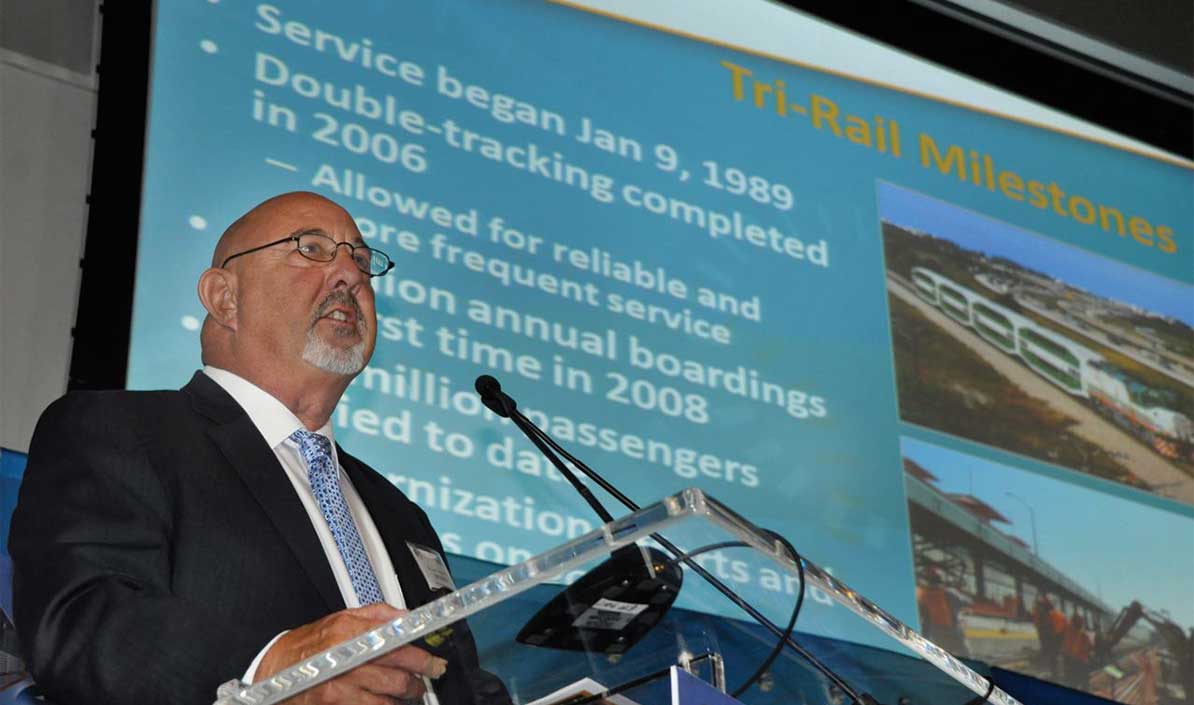 Though for the past few months Tri-Rail’s planned link into downtown Miami has sat on a side track waiting for $17 million from the Florida Department of Transportation to come through, transportation officials are confident the project will reach fruition.

There are actually two missing links, said Jack Stephens, executive director of the South Florida Regional Transportation Authority, which operates the commuter line. One is the state’s payment of the capital it has pledged to fund the link from Little River into downtown Miami. “There’s been no movement in regards to this. It’s not a yes and it’s not a no,” Mr. Stephens said.

The Florida Legislature, along with the governor, must approve a change to legislation that will pave the way for All Aboard Florida to obtain insurance, Mr. Stephens explained.

“According to the interpretation of the state’s legal team, [present law] does not cover or allowed to be covered a private inter-city commuter rail line. The language would have to be added. We built a tower of insurance coverage totaling $200 million, but the state would have to agree they would allow All Aboard Florida to be covered. Those are the last two significant pieces that have to be in place for the whole thing to fall together.”

Florida East Coast Railway, which owns 351 miles of tracks from Jacksonville to the Florida Keys and runs freight trains on them, is indemnified but is a sister company of Florida East Coast Industries, he explained. Both are owned by Fortress Investment Group.

Together, the railway and real estate companies “are integral to the economic health of the state and very involved” in seeing that both the passenger and commuter train services run.

“A number of people see tremendous value in this, but All Aboard Florida is having to take the lead,” Mr. Stephens said. “They are the more significant player in the economies of Florida and South Florida. We’re good, but we are a small government agency. They’ve got a few more horses than we have.”

Once the insurance issue is untangled, the state transportation department will probably release its contribution, he said. ”I think both of them have to happen together.”

“The state transportation department has always been supportive of these types of investments,” said Charles Scurr, executive director of the Citizens’ Independent Transportation Trust, which administers the People’s Transportation Plan funded by the half-penny sales tax approved by voters in 2004. “This is a tremendous project that will transform the whole South Florida corridor, for a very minor investment on the part of FDOT.”

All of the local funding commitments for the $70 million project are in place.

The term sheet is not binding now and is out for the agencies’ review. If no or only minor changes are made and the state transportation department approves, it will become binding, which Mr. Stephens said he hopes will happen in the first quarter of 2016.

If all goes as planned, he added, Tri-Rail trains could begin pulling into Miami Central Station sometime in 2017.