Advertisement
The Newspaper for the Future of Miami
Connect with us:
Front Page » Government » Officials look at rebuilding airport terminal 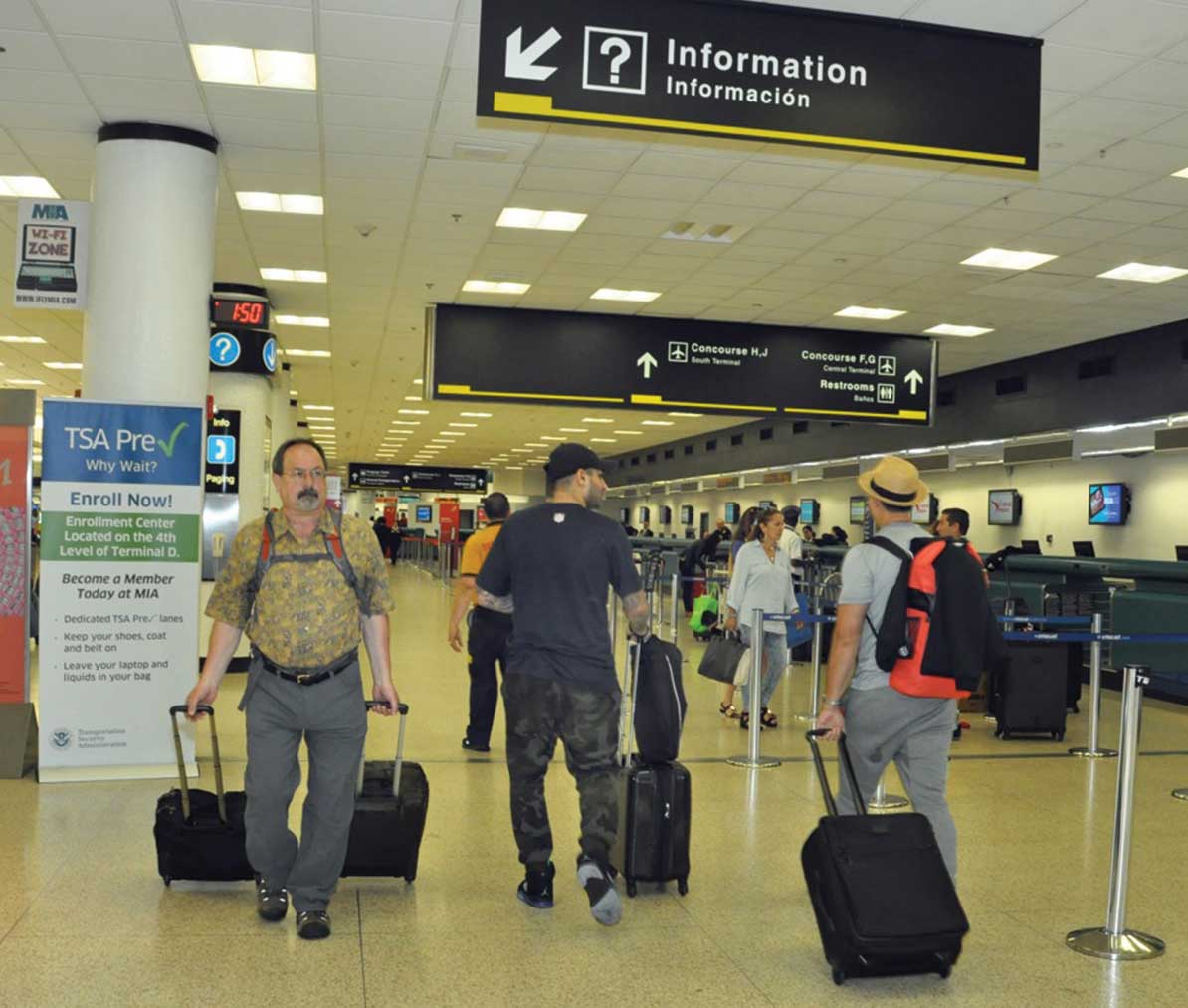 Members of the county’s Trade and Tourism Committee say the public should have a clear sense of where long-anticipated plans stand for a refurbished central terminal at Miami International Airport and have asked aviation officials to return Jan. 14 with a full-scale presentation on all current and future upgrades at the airport.

After hearing a short presentation last week, primarily concerning active concessions operating in the central terminal, the committee’s discussion switched to when work will start and be completed on that part of the airport.

Commissioner Xavier Suarez called attention to a recent report from the aviation department that stated some systems serving the central terminal have reached their intended useful life. “Is this part of the reason we’re expecting to get involved in a major refurbishment of the central terminal?” the commissioner asked.

It’s the oldest part of the airport where aviation department officials have started some work, said Carlos Jose, assistant director for facilities maintenance and engineering. However, the wooden concourse on the second floor would have to be taken down, Mr. Jose said, and any kind of modification would require a complete tear-down.

That’s precisely the point, Mr. Suarez said. “When are we going to start this?” he asked. “When I [became a county commissioner in May 2011], I asked when we’re going to start work on the central terminal. Four years later, I’m still wondering.”

The master plan for redevelopment of the central terminal is scheduled to begin in 2025, said Gregory Owens, assistant director of business retention and development for the aviation department.

That’s 10 years from now, a few committee members said, not even taking into account when the work will be completed.

Committee Chairman Jose “Pepe” Diaz said he understands the concourse is wooden and knows the dilemmas and financial constraints the aviation department faces in a refurbishing of the central terminal. However, Mr. Diaz pointed out, the committee was formed to improve and expedite anything that is of value to Miami-Dade citizens.

“We have done leaps and bounds to our airport and seaport,” he said. “We’ve seen what can be done with the central terminal, so the problem is the time.”

Mr. Diaz assured aviation officials he doesn’t want to see businesses in the terminal suffer in any way from the reconstruction.

“People are nervous, either way, about the future,’ he said. “The extent to delay that future has us all asking questions.”

Aviation Director Emilio González said he didn’t want committee members leaving the Dec. 10 meeting thinking nothing is going to happen at the airport between now and 2025.

He said an interim department program called Terminal Optimization “buys us additional shelf life because of the amount of growth we’re experiencing.” With $1.3 billion, Mr. González said, a number of projects are underway and planned for other airport upgrades that will allow temporary moves while other work is taking place.

“When we talk about 2025, that’s when things come down,” he said. “Before that, we have a number of projects planned.”

The aviation department is moving ahead carefully and deliberately, he said, studying which development model would best fit Miami International Airport’s needs for the central terminal.

There’s been a lot of conversation about the central terminal, Mr. Diaz said, and the process of where things go from here on should be completely transparent. He asked that the aviation department return to the committee’s Jan. 14 meeting and give a “more intense” report on target dates for work that needs to be done and what it involves at each phase.